Rock News
by Matt Bishop
December 2, 2019March 19, 2022
(TRR) – Five Finger Death Punch have announced today that they will kick off the second leg of their current U.S. arena headline tour next April. The 2020 run will feature special guests Papa Roach, I Prevail, as well as highly acclaimed newcomer Ice Nine Kills. The tour is co-produced by Frank Productions and Live Nation.

Papa Roach have been one of the leaders in alternative rock for nearly 26 years. The two-time GRAMMY-nominated band have sold over 20 million records worldwide, garnered over 2 billion streams to date, and charted over 14 Top 5, hit singles and six #1 hit singles  including “Last Resort” (2000), “Scars” (2005), and most recently, “Born for Greatness” (2018). Their 10th studio album, Who Do You Trust? marks a paradigm career shift for the band, with singles “Who Do You Trust?” and “Elevate” having steadily remained in the Top 10 at Active Rock Radio.

I Prevail’s 2016 debut album, Lifelines was one of the most successful debut releases for a hard rock band in the last decade in terms of sales and streams, with nearly 600,000 copies sold to date. The GRAMMY nominees’ sophomore album, Trauma tells the complicated story of what the band went through to get to where they are today.

ICE NINE KILLS has built a growing legion of fans with their horror-inspired soundtracks and theatrical live performances. Their new hit single “A Grave Mistake” landed in the Top 10 Rock Radio charts. They were named SiriusXM’s ‘Future Five’ Breakthrough Artists of 2019. Following a world tour, the band released The Silver Scream: Final Cut.

FFDP are currently touring U.S. arenas before heading to Europe right after the holidays for their nearly sold out arena run with very special guests Megadeth and global breakout rock sensation Bad Wolves. Information on all tour dates including links to tickets and VIP packages can be found HERE. 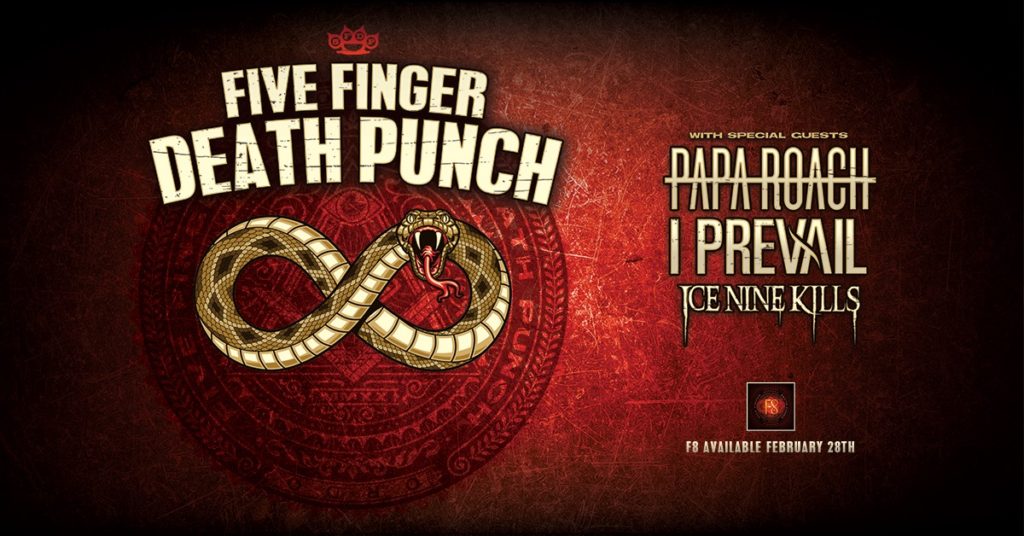