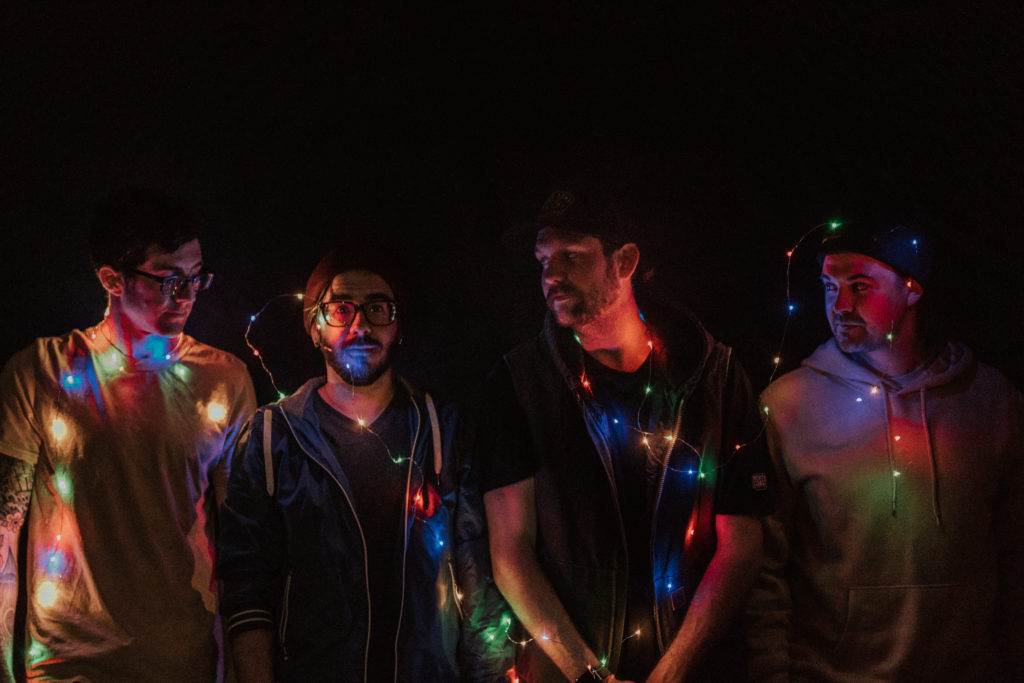 (TRR) – SoCal hardcore outfit The Undertaking! have premiered their new single “Swap Meat.” The official audio for the track can be streamed below via Spotify and Bandcamp. It is the first single from the band’s upcoming debut EP Scavengers which drops on April 19.

The Undertaking! Recorded the EP last fall with producer Daniel Bourget. The album’s cover art was designed by renowned artist Dave Quiggle. His artwork will also be featured on the the band’s merchandise. Quiggle has previously worked for Disney, Adventure Time, and Star Trek. He is also well known for designing limited edition concert posters for rock music juggernauts Foo Fighters.

The Undertaking! formed in San Diego in 2018. Joined together by the love of music, bandmates Austin, Keith, Johnny, Brent, and James are poised to become hardcore’s next big high-energy act. The new music is the result of the band members having been away from the industry for several years.

Upon getting back in the game, the spontaneity of their live sets translated well during the recording process for their debut effort. Although just shy of 20 minutes in total run time, Scavengers is “a jolt of energy that should shake off your Monday afternoon hangover right away.”

Swap Meat by The Undertaking!

Welcome to the Revival of rock 'n' roll music. The way you used to hear rock, see rock, and feel rock is going to be shattered into a million pieces, reassembled, and revived. Dive into the realm of rock with interviews, concert coverage, and breaking news that make the music seem real again - in your ears, in your mind, and right in front of your very eyes. You'll feel the cool steel of the guitar strings and the smooth wood grain of the drum sticks right in your hands, all with the echoes of reverb in your head. This is the way rock was supposed to be experienced. Welcome to the Revival of rock 'n' roll music.
View all posts by Matt Bishop →
Tagged  exclusive, premiere, single, the undertaking!.
Bookmark the permalink.