(TRR) – Eagles –Don Henley, Joe Walsh and Timothy B. Schmit, with Deacon Frey and Vince Gill – are bringing their recent, highly acclaimed Hotel California performances on tour in 2020 with concerts in Atlanta, New York, Dallas, Houston, San Francisco and Los Angeles. See below for a full listing of tour dates.

Each night’s concert will feature a Hotel California set, with an accompanying orchestra and choir, followed by an additional set of the band’s greatest hits. The shows are scheduled to begin at 8 PM, with a brief intermission. Tickets go on sale beginning Friday, October 18, at 10 AM via Ticketmaster.com. All times are local.

The band recently performed three sold-out performances of the iconic album Hotel California in Las Vegas, Nevada. The highly acclaimed concerts were the first time the Eagles have ever performed the Hotel California album in its entirety and featured 77 musicians on stage, including a 46-piece orchestra and a 22-voice choir. For exclusive b-roll from these concerts, click HERE.

American Express® Card Members can purchase tickets before the general public beginning Monday, October 14, at 10 AM through Thursday, October 17, at 10 PM local time.

In today’s faddish, fractured, rock landscape, the Eagles retain an appeal that transcends both generation and genre, cementing the band’s role as enduring musical icons. As the best-selling American band of the ’70s, and one of the top-selling acts of all time, the Eagles have sold more than 150 million albums worldwide, scored six #1 albums and topped the singles charts five times.

They have won six GRAMMY® Awards, were inducted into the Rock & Roll Hall of Fame in 1998, in their first year of eligibility, and received the Kennedy Center Honors in 2016. 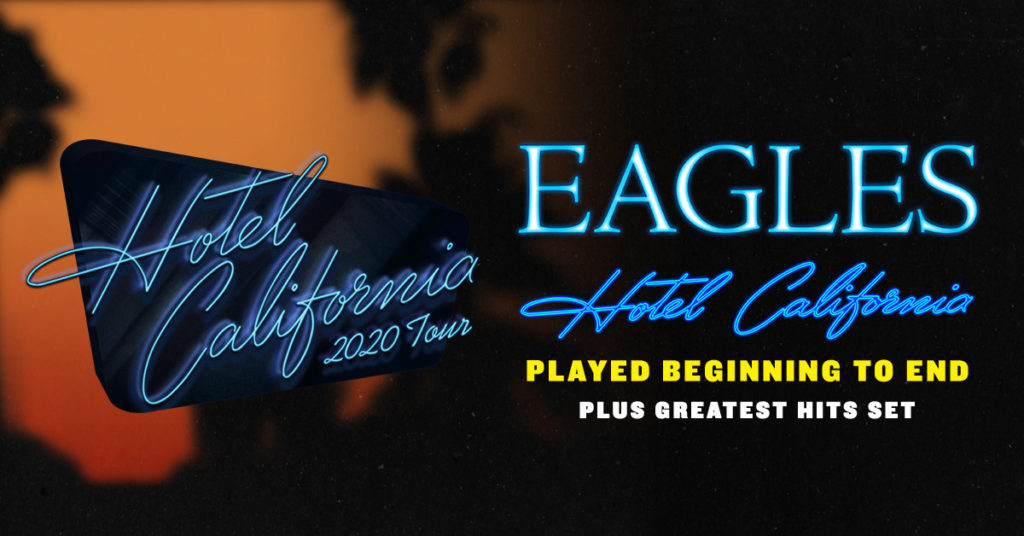