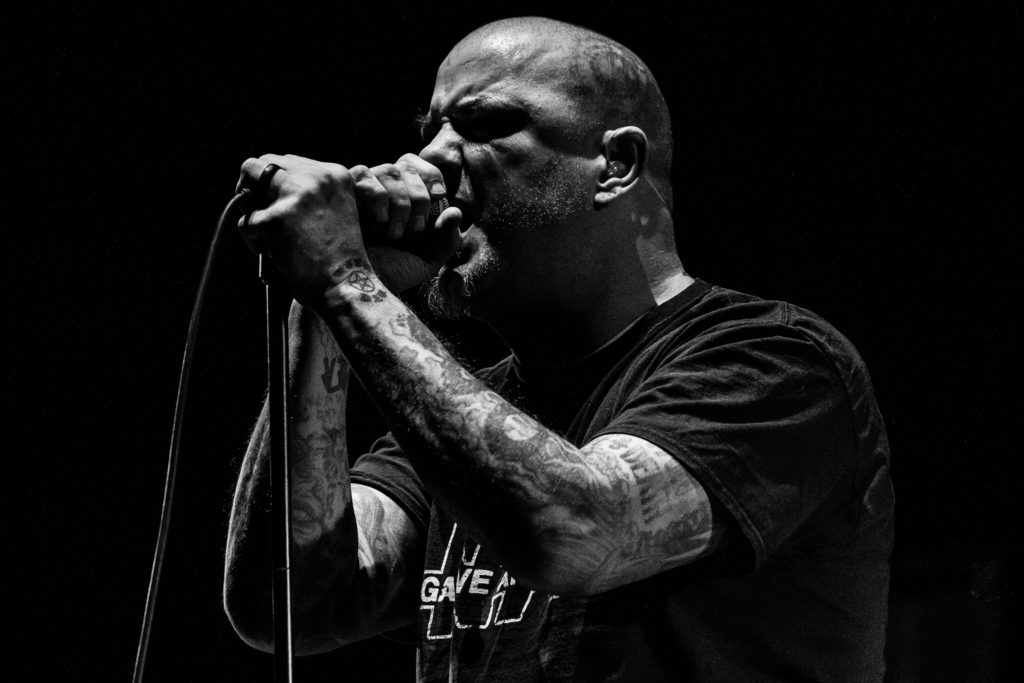 (TRR) – Sludge metal supergroup Down have announced their first live show in four years. The band are scheduled to perform at Graspop Metal Meeting in Belgium in June. Next year marks the 25th anniversary of the band’s debut album NOLA. The last time Down were on stage together was at Psycho Las Vegas in 2016.

Down’s original lineup consisted of vocalist Philip Anselmo (Pantera), guitarist Pepper Keenan (Corrosion of Conformity), guitarist Kirk Windstein (Crowbar), and drummer Jimmy Bower (Eyehategod). Windstein left Down on good terms in 2013 to focus on Crowbar and his family life. The guitarist recently premiered the first single from his debut solo album. Whether or not he will reunite with Down for their Graspop performance (and hopefully more shows) is unknown at this time. Guitarist Bobby Landgraf replaced Windstein in 2013.

Anselmo is currently on tour with his project Philip H. Anselmo and The Illegals supporting Slayer on the last leg of their Final World Tour dubbed “The Final Campaign.”

Welcome to the Revival of rock 'n' roll music. The way you used to hear rock, see rock, and feel rock is going to be shattered into a million pieces, reassembled, and revived. Dive into the realm of rock with interviews, concert coverage, and breaking news that make the music seem real again - in your ears, in your mind, and right in front of your very eyes. You'll feel the cool steel of the guitar strings and the smooth wood grain of the drum sticks right in your hands, all with the echoes of reverb in your head. This is the way rock was supposed to be experienced. Welcome to the Revival of rock 'n' roll music.
View all posts by Matt Bishop →
Tagged  Down, phil anselmo.
Bookmark the permalink.