Cheap Trick, Soundgarden, Alice In Chains, and Device all confirmed for 93.3 WMMR’s MMRBQ 2013

It was announced this morning on the Preston & Steve Show on 93.3 WMMR that the headliners have been confirmed for this year’s MMRBQ, an annual 1-day festival thrown by Philadelphia’s rock station at the Susquehanna Bank Center amphitheater. The show kicks off the outdoor concert season every year with a monster line-up of rock’s top acts.

This year, rock icons Cheap Trick lead the charge along with heavyweights Soundgarden, Alice In Chains, and Device, a new industrial metal project fronted by Disturbed vocalist David Draiman. More supporting artists will be announced in the imminent future Tickets are $49.50 (+Fees) and will go on-sale on Friday, January 25, at 12:00pm on WMMR‘s website. The show is set for Saturday, May 18, 2013.

Cheap Trick formed in 1973, and have since then become nothing short of rock ‘n’ roll legends. Their early albums spawned hits that would become some of the greatest songs of all time, including “Surrender”, “Dream Police”, and “I Want You (To Want Me)”. To date, the band has released 16 studio albums, the most recently 2009’s The Latest. Cheap Trick recently completed a two-leg tour, The Global Warming Tour, with a fellow iconic band, Aerosmith. In addition to the MMRBQ, it is understood that the band intends to hit the road for more touring this spring and summer.

Soundgarden exploded unto the mainstream with the release of their third album, 1991′s Badmotorfinger. The follow-up, 1994′s 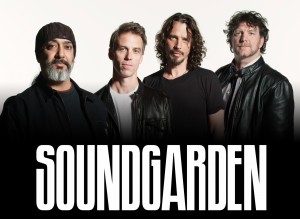 Superunknown, catapulted the band to legendary status. Debuting at #1 on the Billboard Top 200, the album has since been certified 5x platinum by the RIAA. The record earned the band two Grammy Awards in 1995, and today it still serves as a blueprint for heavy alternative rock music. Soundgarden disbanded in 1997 following the release of their 1996 effort, Down On The Upside. In 2010, the band reunited and issued their first greatest hits collection, Telephantasm. The album featured the previously unreleased single, “Black Rain”. In March 2011, the band released the live album, Live on I-5. This past spring, Soundgarden contributed a new single, “Live To Rise”, to the soundtrack of the blockbuster film The Avengers. The band’s first studio LP in 16 years, King Animal, came out on November 13, 2012. The album debuted at #5 on the Billboard Top 200, and sold over 83,000 copies in it’s first week of sales. 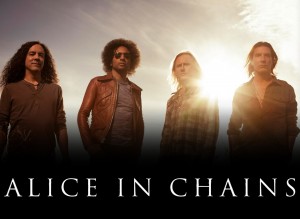 With Disturbed being on indefinite hiatus, it’s members are keeping busy with other projects. Guitarist Dan Doneganis a producer, as

is bassist John Moyer. Moyer is also the bassist for the heavy rock outfit Adrenaline Mob. Donegan and drummer Mike Wengren are rumored to be working on a project together as well. Lastly, frontman David Draiman has launched a new industrial project, Device. While not much is known about the project musically, the outfit plans to release it’s self-titled debut LP on April 9 on Warner Bros. Records. The record will feature many special guest appearances, including The album features guest artists like Serj Tankian (System of a Down), Tom Morello (Rage Against the Machine, Audioslave), Geezer Butler (Black Sabbath), Glenn Hughes (Deep Purple, Black Sabbath, Black Country Communion), M. Shadows (Avenged Sevenfold) and Lizzy Hale (Halestorm). At the same time, Draiman is producing Trivium‘s next album. He and Trivium have already entered the studio for pre-production. And, finally, in a recent interview with Artisan News, Draiman stated that Disturbed is NOT done, they are merely taking a long break. “The beast certainly is not dead — it’s just sleeping for a little while,” Draiman stated. Be sure to get your tickets for an already-stellar MMRBQ 2013, keep an eye out for more band’s to be announced, and most importantly – get ready to CRANK IT UP Philly style with Jacky Bam-Bam, Pierre Robert, and the entire MMR Crew! – by Matt Bishop