Home » BOB SEGER’S ‘RIDE OUT’ DEBUTS AT No. 3 ON BILLBOARD, NORTH AMERICAN TOUR KICKS OFF NOVEMBER 19

BOB SEGER’S ‘RIDE OUT’ DEBUTS AT No. 3 ON BILLBOARD, NORTH AMERICAN TOUR KICKS OFF NOVEMBER 19 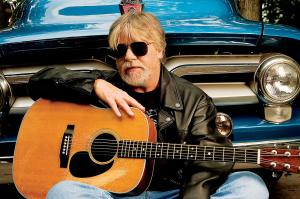 Bob Seger is back in a big way. At this point in his career, most thought he would be starting to slow down. On the contrary, the legendary songwriter is gearing up for another go-around. While he may be pushing 70, Seger appears to be as vibrant as ever. His brand new studio album Ride Out just debuted at #3 on the Billboard Top 200, giving Seger the highest charting debut of his storied career. “We decided to experiment and have some fun,” Seger recently told The Detroit News. “You can’t go to Nashville as long as we have and not have some.” The album was recorded at the historic Ocean Way Recording Studios in Nashville, TN. Seger produced the record, and it was mixed by Grammy Award-winning Chris Lord-Alge (U2, Foo Fighters, Muse, more). Country music superstar Vince Gill makes a special guest appearance on the track “Listen”.

As Bob Seger rides out on his next adventure, the view through his rear view mirror is nothing short of 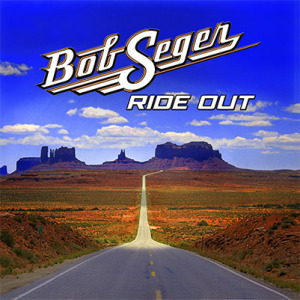 spectacular. His last effort, 2006’s Face The Promise, debuted at #4 on the Billboard Top 200 and has since been certified platinum. Throughout his career, he’s sold over 52 million albums worldwide. His catalog includes 13 platinum albums and 7 multi-platinum albums. Standout efforts like Night Moves (1976), Live Bullet (1976), Stranger In Town (1978), Against The Wind (1980), and Nine Tonight (1981) have each sold over 5 million copies. Heavy metal titans Metallica paid homage to Seger in 1998 by including their version of his classic hit “Turn The Page” on their double-disc covers album Garage Inc. The track became a hit single for the band and they received much acclaim from fans and Seger himself. In 2004, Seger was inducted into the Rock and Roll Hall of Fame and in 2012, he was inducted into the Songwriters Hall of Fame. The Detroit-area native is set to kick off an extensive North American Tour on November 19 at The Dow Event Center in Saginaw, MI. – by Matt Bishop