The festival is set for May 3-5 at Tom Lee Park in Memphis, TN. The diverse lineup includes other chart-topping acts like Cardi B, Khalid, G-Eazy, Charlie Wilson, India.Arie, 6black, Big Boi, and more. The festival is sponsored by Bud Light, FedEx and Coca-Cola. Tickets are on sale now HERE.

“The Beale Street Music Festival saw more than 102,000 in Tom Lee Park last year with attendees from all fifty states and twenty-two countries. We wanted to offer an even bigger lineup in 2019 as our city celebrates its bicentennial, and we feel like this may be our best lineup ever,” said James L. Holt, President and CEO of Memphis in May. “The 2019 lineup features current chart-toppers and returning fan favorites who consistently draw large crowds to our unique setting on the Mississippi River.”

Tickets can be purchased through eventbrite.com and are sold now through April 19 as three-day passes for just $135 or single-day tickets for $55. A limited number of VIP passes are also available at eventbrite.com for $649 and provide access to exclusive viewing platforms near the main stages and in the Blues Tent, private “comfort station” restrooms, and light snacks and drinks (including limited alcoholic beverages) for all three days. 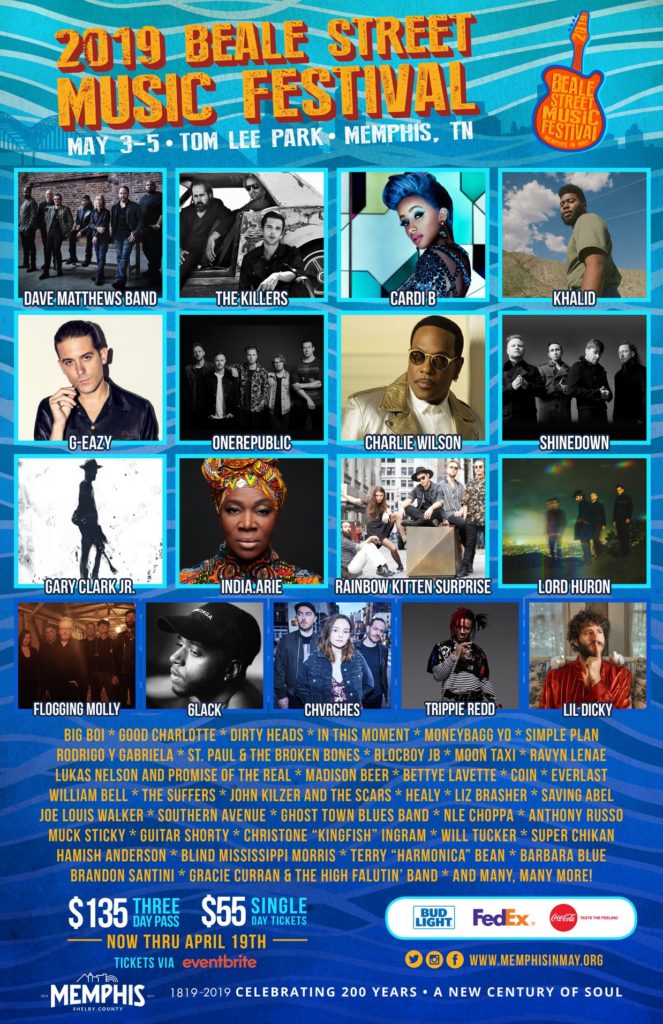 Ex-Megadeth Guitarist Chris Broderick To Tour With In Flames