(TRR) – Last night at BB&T Pavilion in Camden, NJ, The Smashing Pumpkins and Noel Gallagher’s High Flying Birds kicked off their highly-anticipated summer tour with very special guests AFI. The package is an ultimate alt-rock outing, with a nice blend of newness and nostalgia. And with an August start, the tour will help fans hang on to summer for just a little while longer. 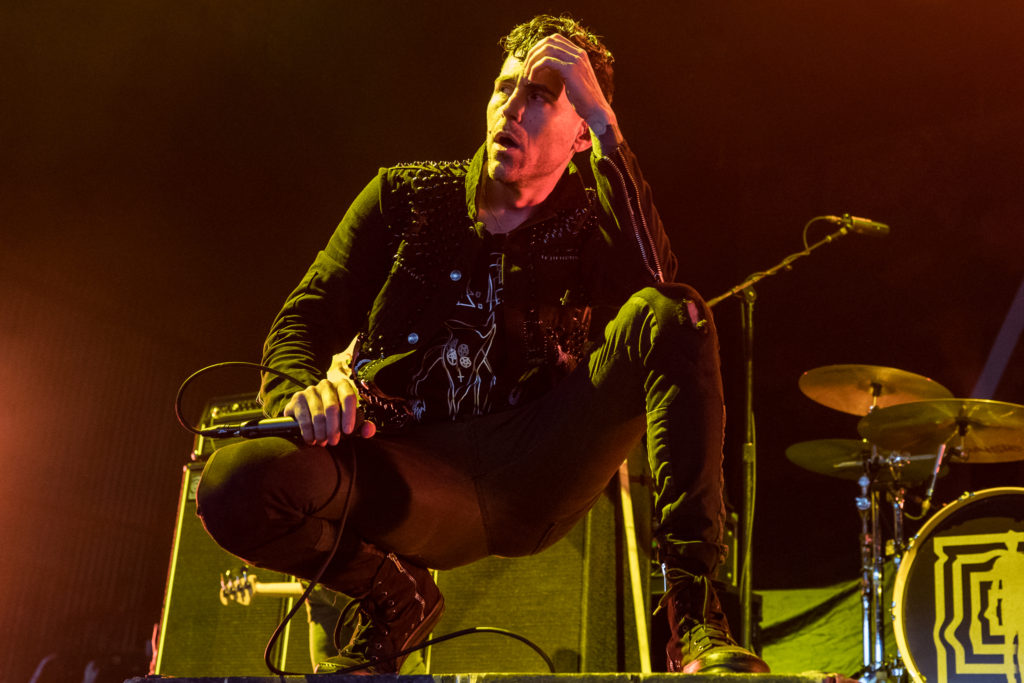 AFI properly kicked off the evening  – and the tour. Their moody punk piece “Get Dark” from their latest EP saw frontman Davey Havok jump into he crowd, singing along with fans.

Whether opening or headlining, AFI really know how to put on a show. Calling them an “opening act” seems almost silly at this point. The band has been together for over 20 years with 10 studio albums under their belt. Their 2006 effort Decemberunderground peaked at No. 1 on the Billboard 200 and was certified platinum. Their 2013 outing Burials was a consensus choice as one of the best rock albums of the year by critics and fans alike. 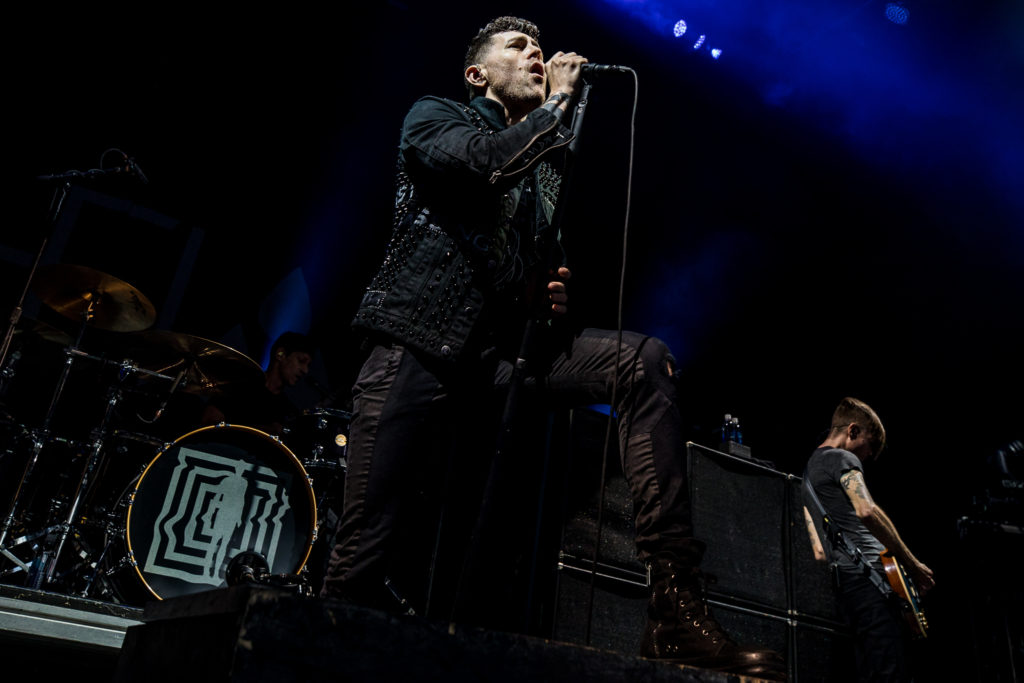 Noel Gallagher’s reputation is well-established. To preserve it, he’s surrounded himself with an outstanding group of musicians to form his band the High Flying Birds. The group opened with “Fort Knox” and the catchy, chanting lyrics seemed to pump up the crowd. Noel and company went on to churn out an 11-song set that included five tracks from their last full-length album, 2017’s Who Built The Moon?

The performance also featured the live debut of “This Is The Place,” the title track to the band’s recently announced EP. The new selection of songs is a follow-up to their previous Black Star Dancing EP. The new outing is set to be released next month. 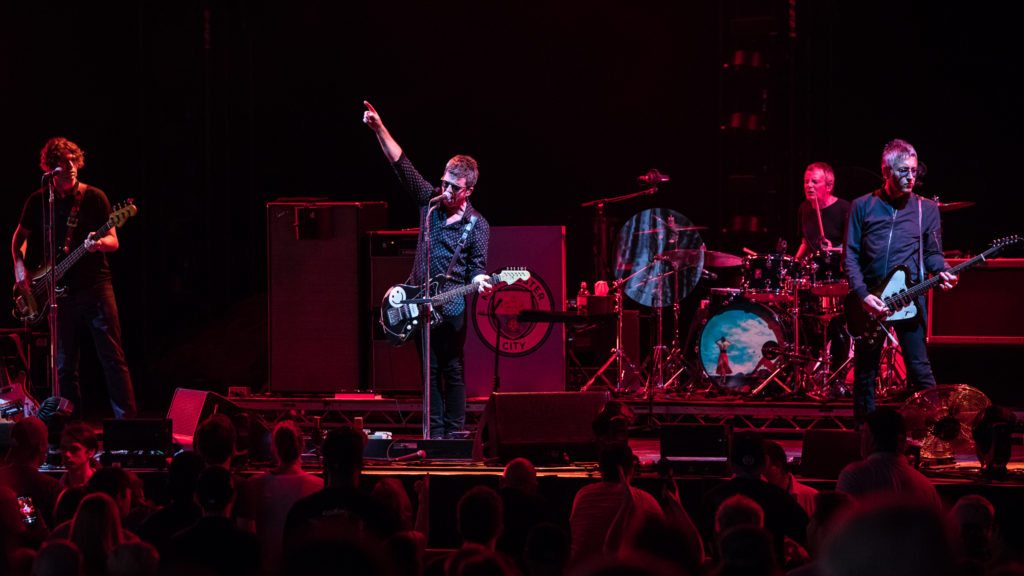 Gallagher and the Birds gave new life to Oasis classics “Stop Crying Your Heart Out,” “Don’t Look Back In Anger,” and the seminal “Wonderwall.” While it seems as though Oasis are never, ever getting back together, its great to see that Noel hasn’t forgotten the music that got him here. Oasis are done, but that doesn’t mean fans don’t still want to hear a track or two live.

The band concluded their time with a cover of The Beatles’ “All You Need Is Love,” which was most appropriate on the 50th anniversary of the group’s legendary Abbey Road cover shoot. 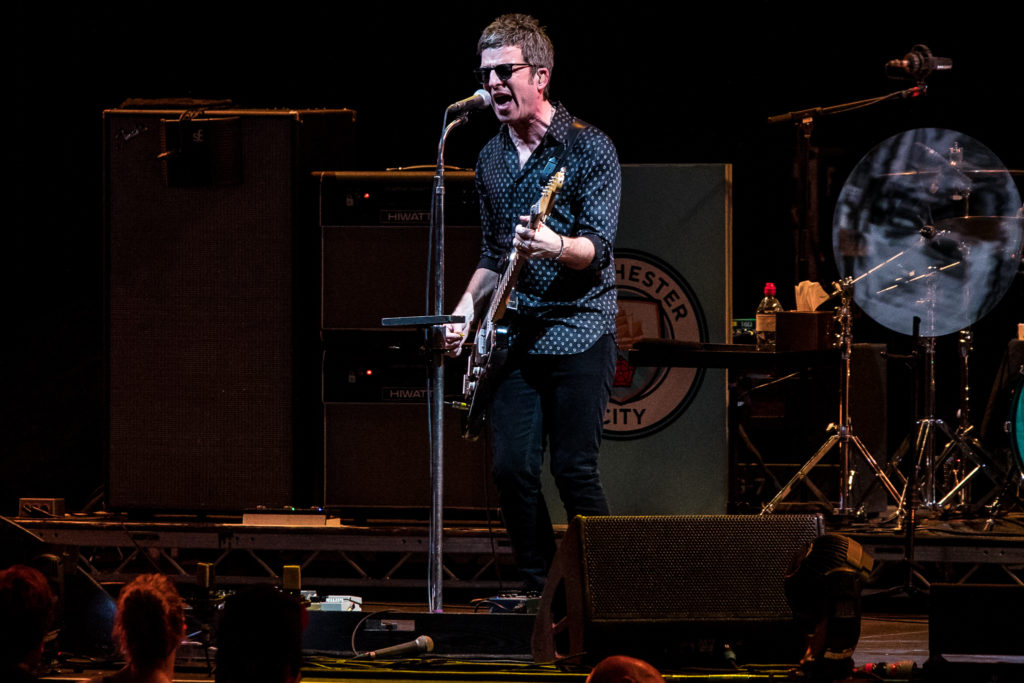 The Smashing Pumpkins are an alt-rock institution. They wasted no time, kicking things off with their hit “Today.” Other highlights included “Disarm,” “Tonight, Tonight,” “1979,” “Cherub Rock,” “Ava Adore,” and their hard rock anthem “Bullet With Butterfly Wings.” They also performed a cover of James Taylor’s classic “Fire and Rain,” which seemed to suit the band well. Another rare gem – “Blue Skies Bring Tears” – made its way out of the vault for the first time since 2007. The band closed out the set with “The Aeroplane Flies High (Turns Left, Looks Right).

Aside from dramatic stage production and a solid song selection, the greatest achievement of the night was probably Billy Corgan’s guitar work. Warm tones and bluesy solos showed that the frontman is much more than just a songwriter. Corgan may be one of the most criminally underrated guitarists in rock history. Anyone who doesn’t believe that should go buy a ticket for this tour. 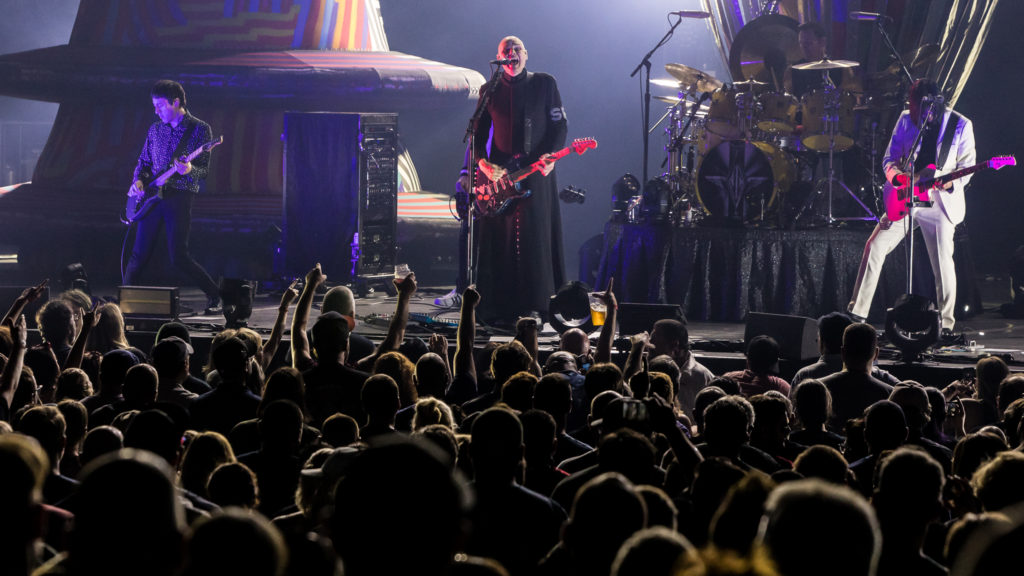 Formed in Chicago, IL in 1988, The Smashing Pumpkins released their heralded debut album Gish in 1991 and found mainstream success with 1993’s 4x multi-platinum Siamese Dream and 1995’s 10x multi-platinum Mellon Collie and the Infinite Sadness. With over 30 million albums sold to date, the two-time GRAMMY®, MTV VMA, and American Music Award winning band remains one of the most influential alternative rock bands in the world. 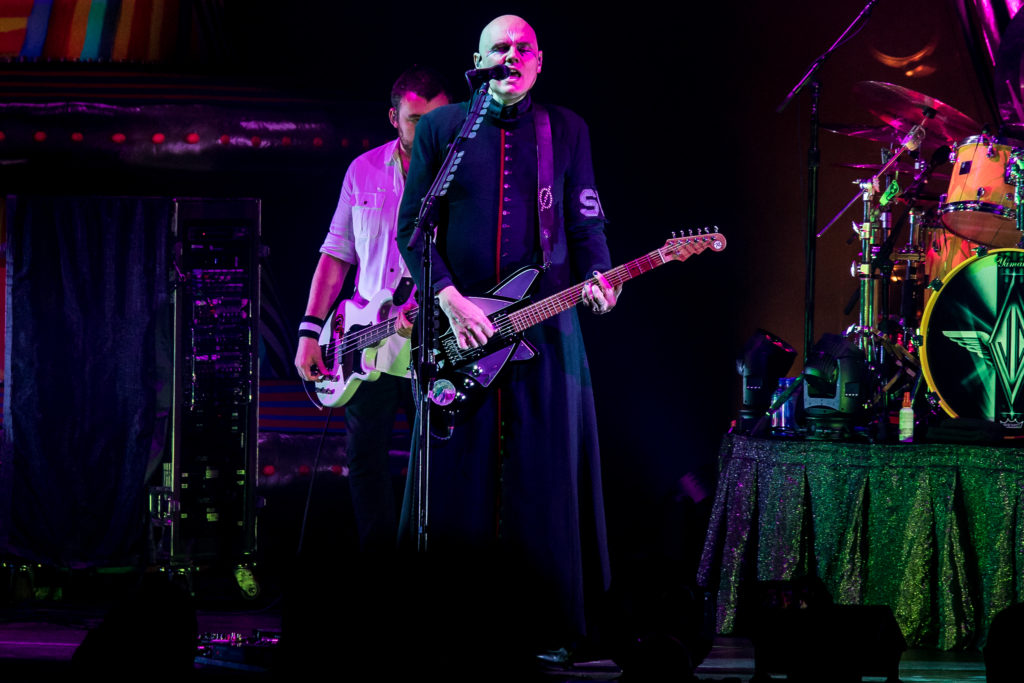 The seminal group toured their monumental Shiny And Oh So Bright Tour in 2018, which sold over 300,000 tickets across North America and saw them playing sold-out arena shows at venues including The Forum, United Center and Madison Square Garden. The tour was the band’s first in nearly two decades to feature Corgan, Chamberlin and Iha, alongside Schroeder, bassist Jack Bates and keyboardist Katie Cole. Critics were quick to praise the tour as “a massive gift to their fans” (Uproxx), “a welcome reminder of why those early albums resonated in the first place” (SPIN), and “an unforgettably rewarding and often spectacular odyssey” (Forbes). 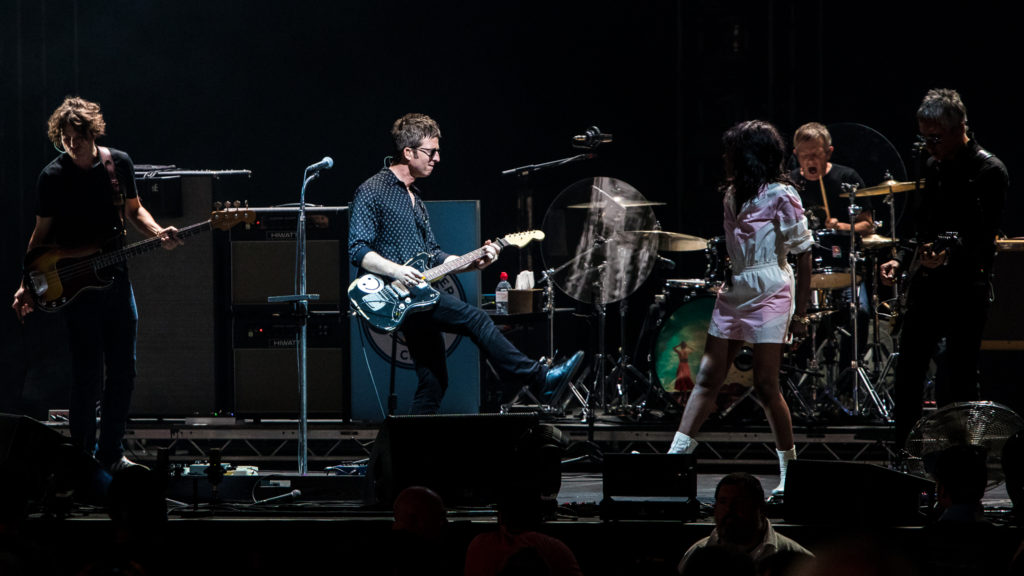 Noel Gallagher has been one of the UK’s most loved and successful songwriters for over a quarter of a century. His latest album, Who Built the Moon? debuted at #1 in the UK and was certified gold in less than two weeks of it’s release and marked his 10th consecutive chart-topping studio album in the UK — a feat no other artist has ever achieved. After leaving Oasis, Noel successfully launched his solo career as Noel Gallagher’s High Flying Birds with a self-titled album in 2011 which sold 2.5 million albums worldwide. Noel is the former lead guitarist and principal songwriter of Oasis, the 3X GRAMMY nominated UK rock band. Oasis quickly became one of the biggest bands in the world in the 90s, selling over 70 million albums worldwide to date, but, more than that, their music became the soundtrack of a generation. 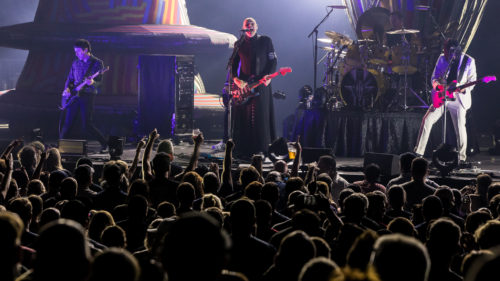 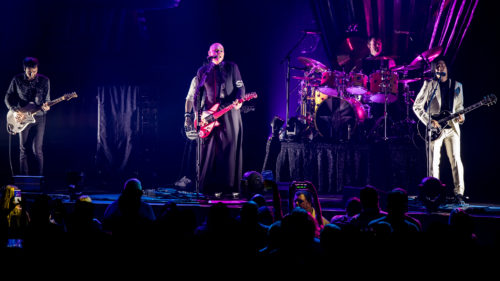 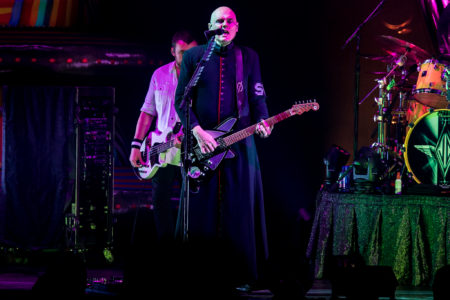 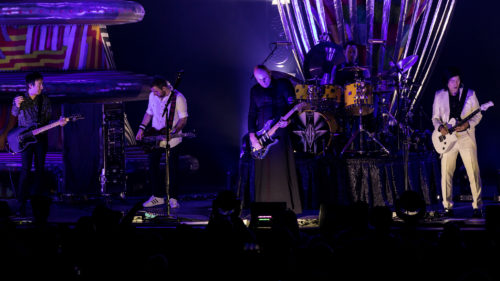 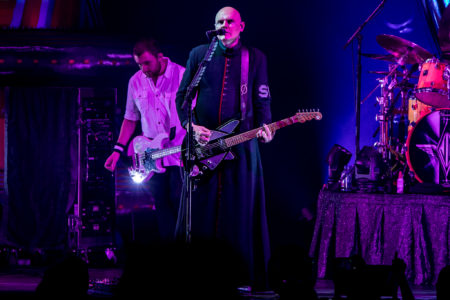 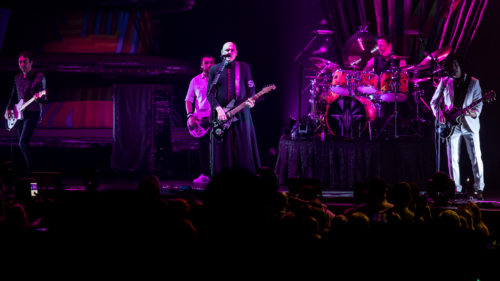 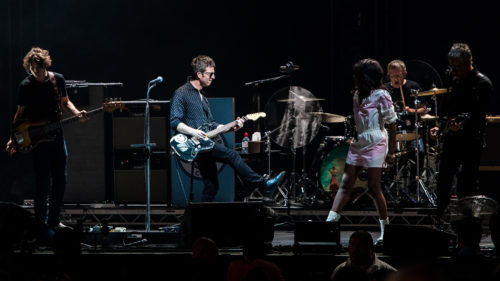 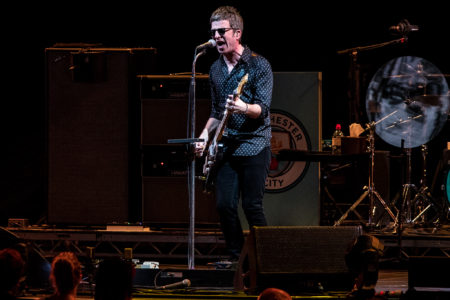 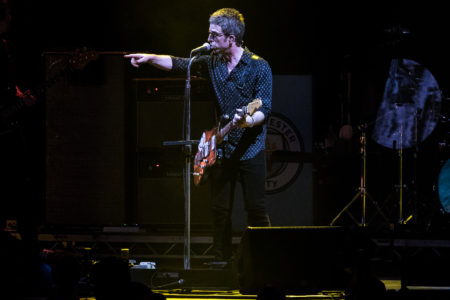 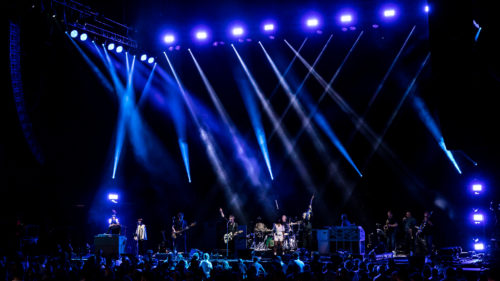 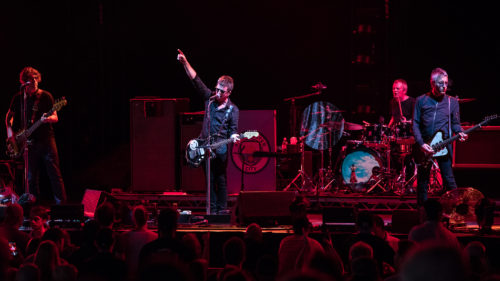 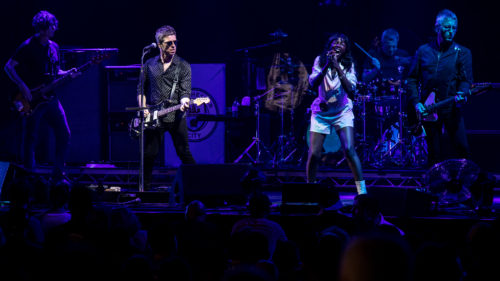 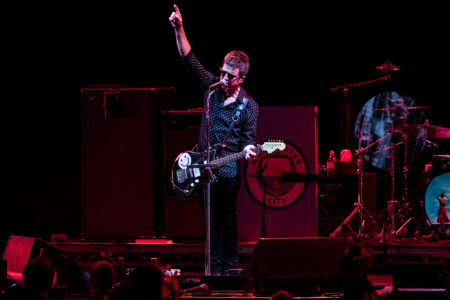 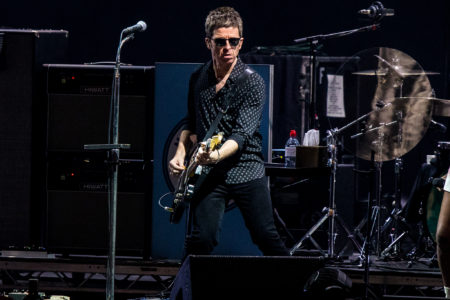 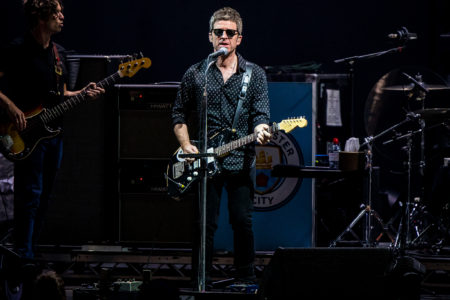 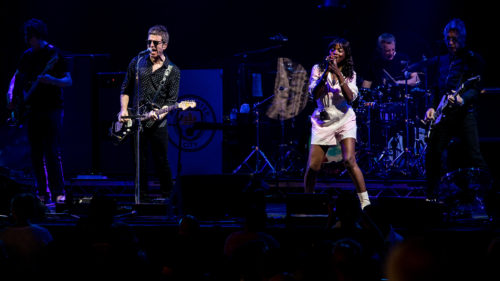 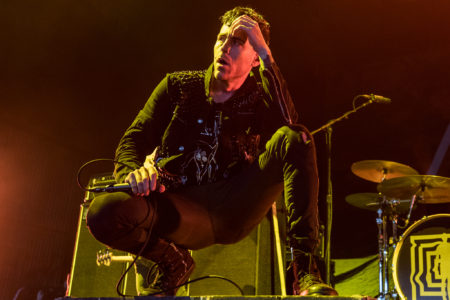 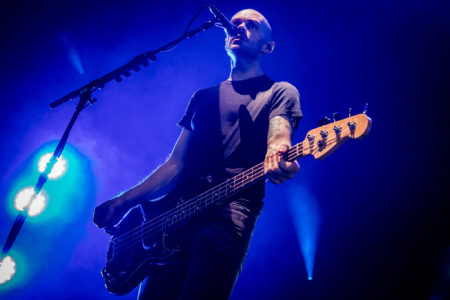 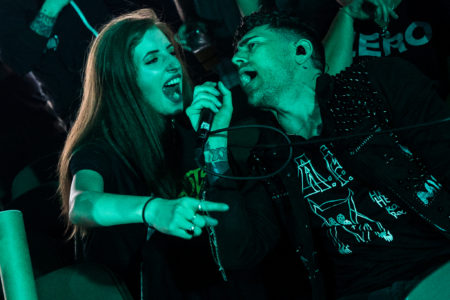 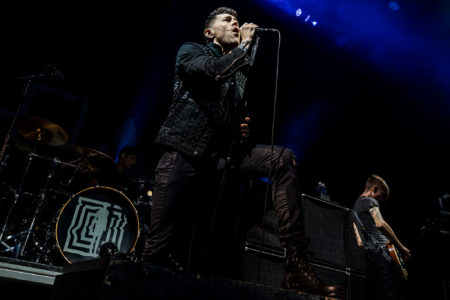 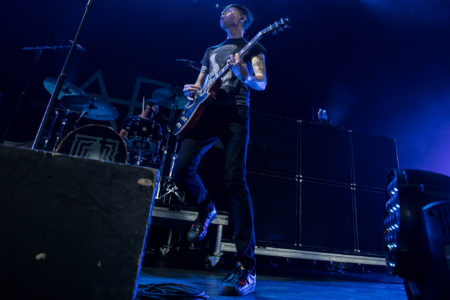 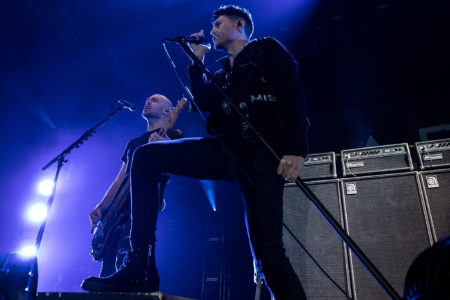 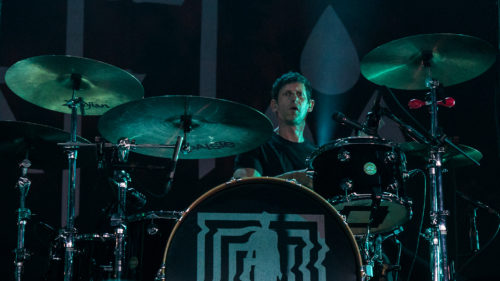 Welcome to the Revival of rock 'n' roll music. The way you used to hear rock, see rock, and feel rock is going to be shattered into a million pieces, reassembled, and revived. Dive into the realm of rock with interviews, concert coverage, and breaking news that make the music seem real again - in your ears, in your mind, and right in front of your very eyes. You'll feel the cool steel of the guitar strings and the smooth wood grain of the drum sticks right in your hands, all with the echoes of reverb in your head. This is the way rock was supposed to be experienced. Welcome to the Revival of rock 'n' roll music.
View all posts by Matt Bishop →
Tagged  aft, live photos, noel gallagher, review, Smashing Pumpkins.
Bookmark the permalink.