Last night, Rock and Roll Hall of Famer Roger Waters brought his This is Not a Drill Tour to the Wells Fargo Center in Philadelphia. The Pink Floyd mastermind performed for a sold out crowd, unveiling perhaps his most ambitions love outing to date. Creatively, the stage extends from one end of the arena to another, forming a cross. To match it, two massive LED screens cross overhead, stretching the length of the venue. It’s truly a sight to behold.

The larger-than-life production is accompanied by Waters’ politically-charged commentary and calls for social justice. Before the show starts, he makes sure the audience understands what they are about to witness. “If you’re one of those ‘I love Pink Floyd but I can’t stand Roger’s politics’ people… you might do well to fuck off to the bar right now.” The disclaimer was met with a lot of cheers. It was clear that the Pink Floyd faithful learned their lesson from the last time around.

On his 2016 run, some audiences members didn’t take kindly to Waters’ message and imagery – particularly about recently elected President Donald Trump. Some folks booed, and others walked out. This time around, Waters literally said if you don’t care for the commentary, you should go to the bar – and that’s how it should be. Artists have certain responsibilities to accommodate their fans to a very limited extent. At the end of the day, they do this for themselves. It’s their creative vision. If you dig it, buy the record and grab the tickets. If you don’t, you might do well to fuck all the way off.

When the lights went down, a gorgeous rendition of “Comfortably Numb” kicked off the evening’s festivities. As the show opens, the audience is navigated through a desolate dystopian scene across the massive screens. Crowds of people stand frozen among the wreckage of a shattered city, a foreboding metaphor, perhaps, given the state of certain things in this world right now.

After the stunning opening sequence, the screens slowly rise to the rafters and Waters appears at the far end of the stage. The spry 78-year-old ran down the runway to the center of the stage, and launched into the anthem “Another Brick in the Wall, Part II” followed by the track’s third part. It was one of the more epic starts to a show we’ve ever seen.

Throughout the show, hit songs were accompanied by commentary. Waters spoke out on a variety of topics including capitalism, police brutality, and warmongering, among others. While then-President Trump was heavily targeted on his last tour, Waters went after current Commander-in-Chief Joe Biden. He labeled the President a “war criminal” on the big screen during the show. In a recent interview on CNN, Waters accused the President of “fueling the fire” in the Ukraine. On this tour, Waters is making one thing clear – he doesn’t care what political party you’re from. He calls it like he sees it, and if he has an issue with your actions, he’s going to put you on blast.

Waters was also outspoken on several social justice issues, calling for the support of women’s reproductive rights, trans people, and Native Americans. This is Not a Drill is packing the biggest arenas in North America. Waters’ platform is large, and he’s using it to give a voice to those who need it most.

Out of the many highlights on this tour, one of the more prominent ones is the debut of his new song “The Bar.” The performance sees Waters sit behind the piano, showcasing his diverse talent as a musician. Before he started the song, Waters addressed the crowd, saying, “I can already tell there’s a lot of Brotherly Love in this room tonight,” tugging on the Philly fans’ heartstrings.

During the night’s second set, he treated fans to a reprise performance of the song.

Waters made sure his solo discography wasn’t a small boat swallowed up in a sea of Pink Floyd hits. Before introducing “The Bar,” he dropped “The Powers That Be” and “The Bravery of Being Out of Range” back-to-back. Additionally, two tracks from his last solo LP were inserted – “Déjà Vu” and the album’s title track “Is This the Life We Really Want?”

More highlights from the show included gems like “Have a Cigar,” “Wish You Were Here,” “Shine On You Crazy Diamond (Parts IV-IX),” “Money,” “Us and Them,” “Any Colour You Like,” and many more. The hefty 23-song set is enough to satisfy any fan of Roger Waters and classic Pink Floyd. The arrangements are fantastic and the performances are powerful. Politics aside, This is Not a Drill is one of the great rock music tours in recent years.

Roger Waters released his fourth solo album Is This the Life We Really Want? back in 2017 via Columbia Records. For this outing, Waters worked with famed producer Nigel Godrich (Radiohead, Beck, Paul McCartney). The record peaked at No. 3 on the UK Albums Chart and the Billboard Top Rock Albums Chart. It also landed at No. 11 on the Billboard 200.

Roger Waters’ This is Not a Drill Tour rolls on through October 8, wrapping up at the American Airlines Center in Dallas. From there, he will pack up his monstrous production and head to Mexico for three shows. Limited tickets for the rest of the tour are on sale now HERE. 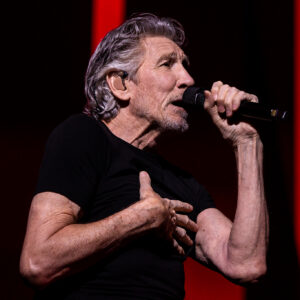 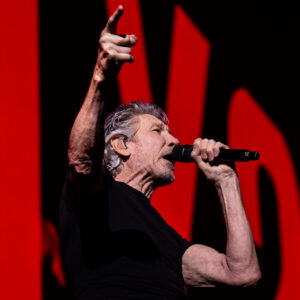 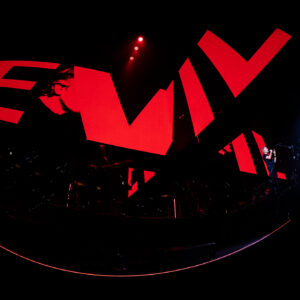 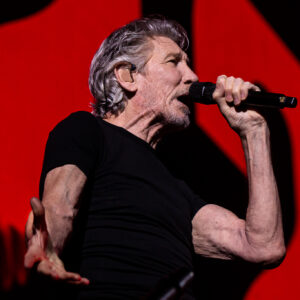 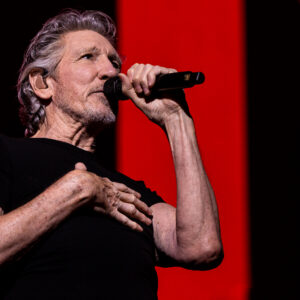 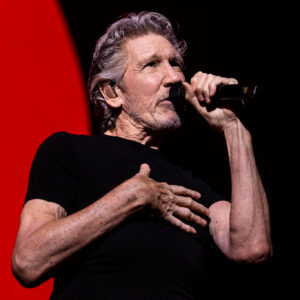 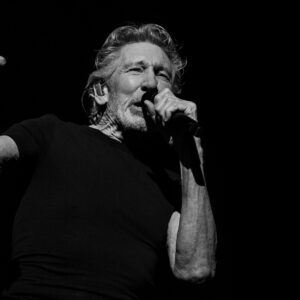