(TRR) – Last night at The Met in Philadelphia, music icon Ringo Starr and his All Starr Band took the stage for a sold out performance. The tour marks the 30th anniversary of the supergroup’s debut back in August of 1989. With this run, Ringo and company are soaking up every moment of the celebration.

“This place is so posh, I decided to dress up a bit,” Ringo said as he tugged on the stylish red tuxedo jacket he was donning. The Met – a newly renovated performance venue – held its grand opening last December. The iconic Philadelphia Metropolitan Opera House first opened its doors back in 1908. The All Starr Band consisted of guitarist Steve Lukather of Toto, keyboardist Greg Rolie of Santana, guitarist Colin Hay of Men At Work, and bassist Hamish Stuart of Average White Band. Drummer Greg Bissonette and wind instrumentalist Warren Hamm rounded out the group. The set was an extensive 26-song offering of classic tunes by the likes of Toto, Santana, The Isley Brothers, Buck Owens, Carl Perkens, and others. Oh, and they through in a few songs by The Beatles as well.

“I think everyone in here will know at least one song tonight,” Ringo said sarcastically with a smile towards the beginning of the set. Highlights included “Black Magic Woman,” “Africa,” What Goes On,” Down Under,” “Don’t Pass Me By,” which Starr penned for The Beatles’ 1968 self-titled LP, and many others. Ringo continues to prove that he’s a fantastic frontman. He energetically sang lead vocals for nearly half the set. He sat behind the drum kit for a handful of others in a familiar seat that made him the famous Beatle we all know and love. Throughout the show, Ringo constantly flashed his trademark double peace signs to the crowd. Nowadays, Ringo signs his social media posts with “peace and love.” His simple and enduring message is something humanity seems to need now as much as ever. Born Richard Starkey on July 7, 1940, Sir Ringo Starr knew “at a very young age” what he wanted to do. Since beginning his career with The Beatles in the 1960s, Ringo has been one of the world’s brightest musical luminaries. He has enjoyed a successful, dynamic solo career as a singer, songwriter, drummer, collaborator, and producer. He is a longtime advocate for humanitarian and environmental causes.

Throughout his career he has received nine GRAMMY® Awards, and has twice been inducted into the Rock and Roll Hall of Fame – first as a Beatle and then as solo artist. Between 1970 and 2017, Ringo has released 19 solo studio records.  He has acted in over 15 films, received an Academy Award®, and has been nominated as an actor for an Emmy®. Ringo has published four books, his most recent, ‘Another Day in the Life’ was released in November 2018. In March 2018, Ringo was knighted by Prince William, having been selected for the honor by Queen Elizabeth II for knighthood for his music and charity work. 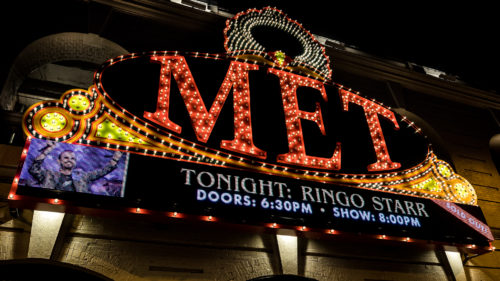 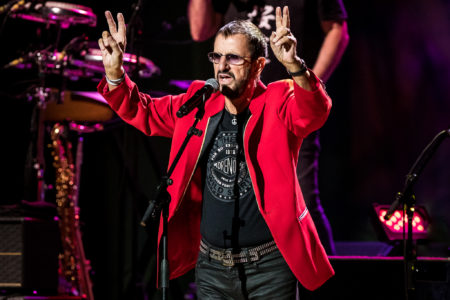 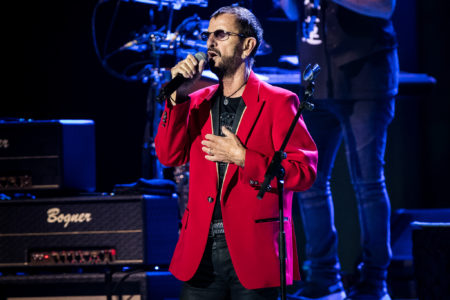 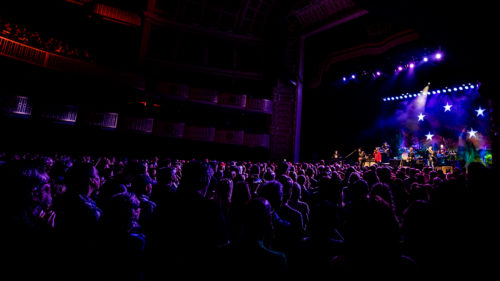 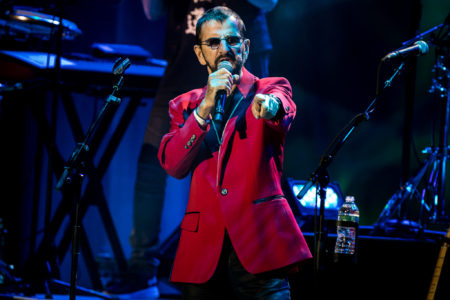 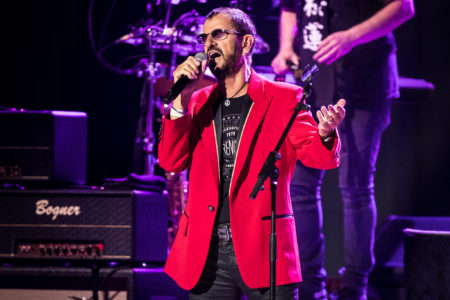 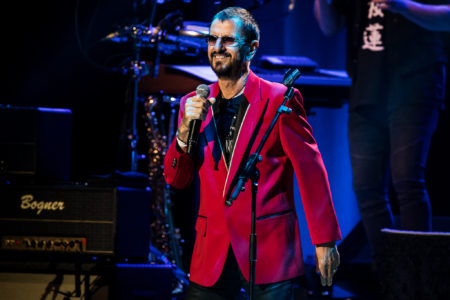 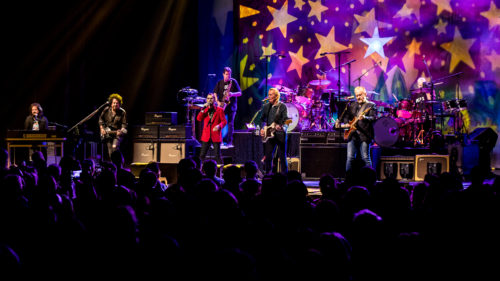 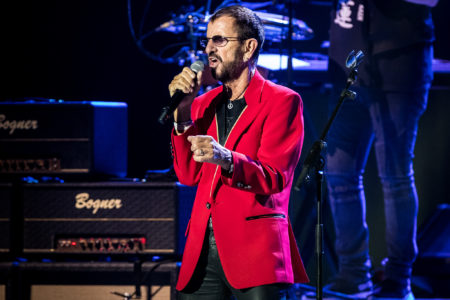 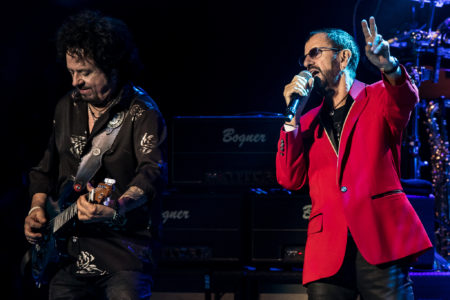 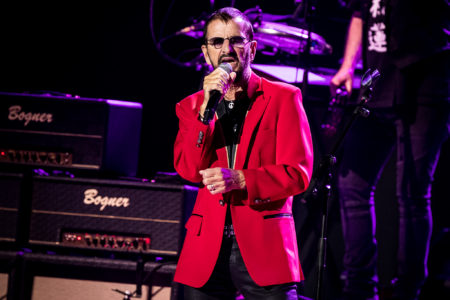 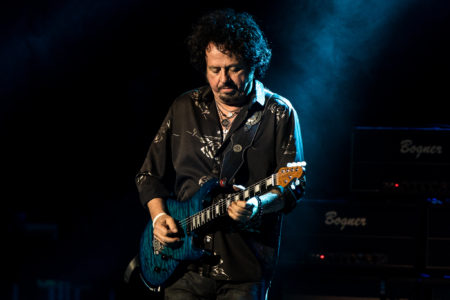 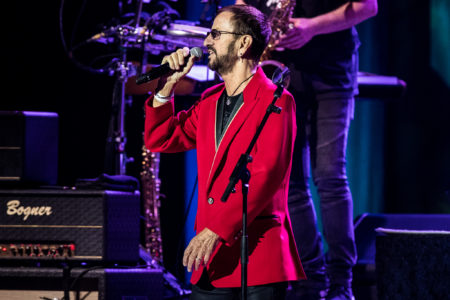 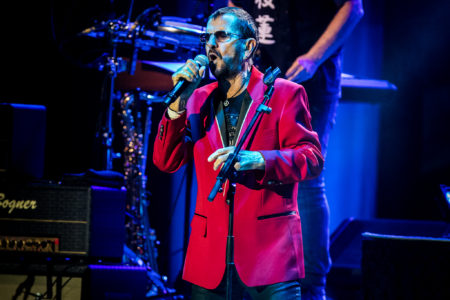 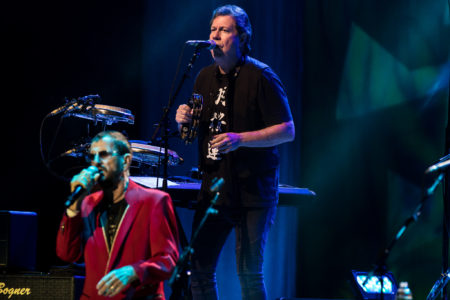 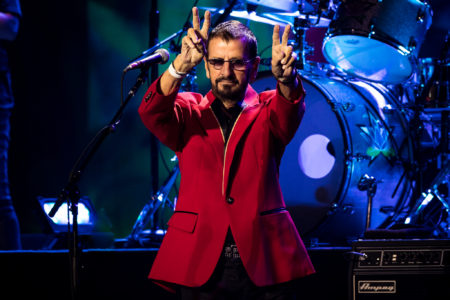 Welcome to the Revival of rock 'n' roll music. The way you used to hear rock, see rock, and feel rock is going to be shattered into a million pieces, reassembled, and revived. Dive into the realm of rock with interviews, concert coverage, and breaking news that make the music seem real again - in your ears, in your mind, and right in front of your very eyes. You'll feel the cool steel of the guitar strings and the smooth wood grain of the drum sticks right in your hands, all with the echoes of reverb in your head. This is the way rock was supposed to be experienced. Welcome to the Revival of rock 'n' roll music.
View all posts by Matt Bishop →
Tagged  concert, Philadelphia, photos, review, ringo starr, ringo starr & his all starr band, The Beatles, the met.
Bookmark the permalink.