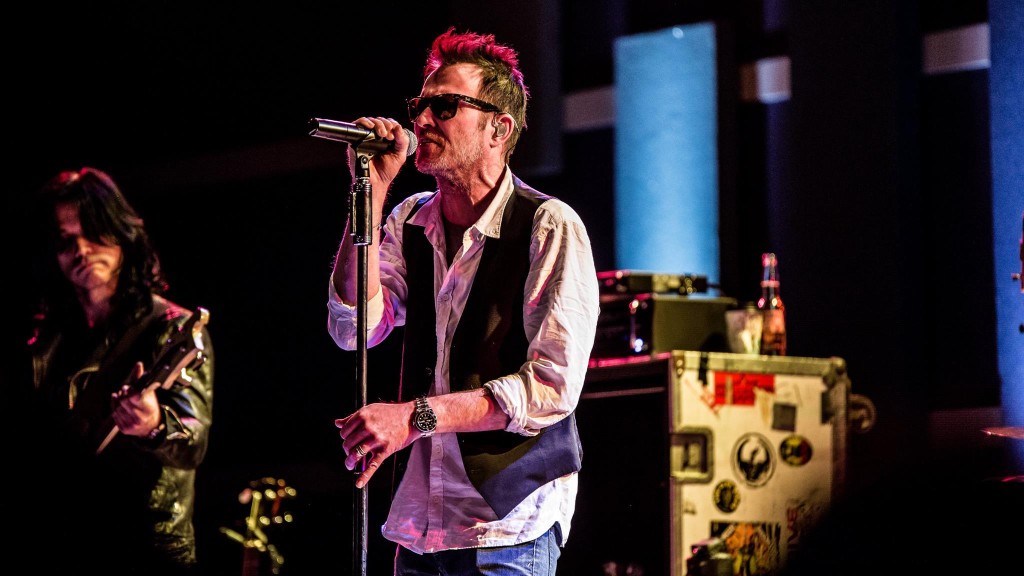 Former Stone Temple Pilots frontman Scott Weiland has passed away. He was 48 years old. He died in his sleep on his tour bus according to a post made by his management team on his Instagram page. Weiland was in the midst of a U.S. tour with his new band The Wildabouts supporting their new album Blaster.

Weiland reportedly passed shortly before the band was about to take the stage at the Medina Ballroom in Medina, MN tonight. Weiland and the band were scheduled to play the Wicked Moose Bar & Grille in Rochester, MN tomorrow.

Weiland was one of the most influential and charismatic rock frontmen of all time. In addition to Stone Temple Pilots and his current solo career, Weiland also sang for the hard rock supergroup Velvet Revolver which featured Slash and other ex-Guns N’ Roses and ex-The Cult members.

Our thoughts and prayers are with Scott, his family, his friends, and his bandmates both past and present. Thank you for all the amazing music, Scott. Rock on, brother. [Photo Courtesy of Matt Christine/SightofSoundMagazine.com]

Welcome to the Revival of rock 'n' roll music. The way you used to hear rock, see rock, and feel rock is going to be shattered into a million pieces, reassembled, and revived. Dive into the realm of rock with interviews, concert coverage, and breaking news that make the music seem real again - in your ears, in your mind, and right in front of your very eyes. You'll feel the cool steel of the guitar strings and the smooth wood grain of the drum sticks right in your hands, all with the echoes of reverb in your head. This is the way rock was supposed to be experienced. Welcome to the Revival of rock 'n' roll music.
View all posts by Matt Bishop →
Tagged  music news, pilots, rock music, scott, scott weiland, scott weiland dead, scott weiland death, scott weiland dies, stone, Stone Temple Pilots, STP, temple, weiland.
Bookmark the permalink.