Images and words by Johnnie Crow 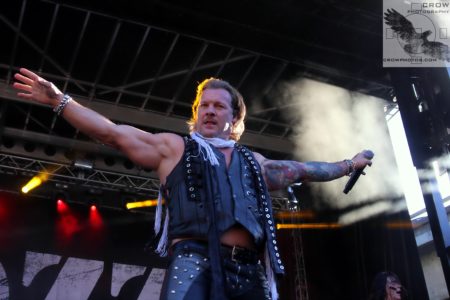 Rock chart-toppers Fozzy featuring Chris Jericho and Through Fire played the House of Blues in San Diego on March 9, 2018. The tour joined up with metal veterans Iced Earth celebrating their 30th anniversary, along with Sanctuary and Santa Cruz. It was a night showcasing several hard rocking styles, all of which entertained the active crowd. 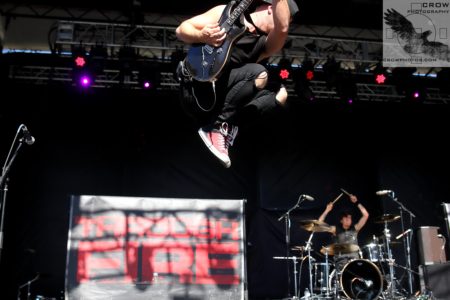 Through Fire blazed through an opening set, revving up the crowd and leaving them wanting more. Their powerful show featured huge hits “Breathe” and “Stronger”. Justin McCain shreds on guitar, stomping on stage and blasting background vocals. Drummer Grant Brooks locks in the aggressive rhythm for the band. Bassist Kyle LeBlanc is a beast. Grant Joshua Kendrick is a powerful lead vocalist, full of swagger and grit, with a truly dynamic range. If you have not seen this band perform yet, you are missing out on an up-and-coming act. 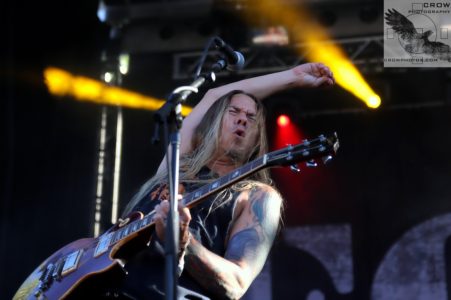 Fozzy certainly gets attention due to their magnetic frontman Chris Jericho, aka WWE wrestling legend Y2J. Make no mistake, though, this is a talented band with many excellent albums and hit songs to their credit, including “Judas”, one of 2017’s biggest anthems. Their show is pure entertainment, with Frank Fontsere pounding the drums and Rich Ward, Billy Grey and Paul Di Leo jumping and dancing around the stage, putting their inner teenage metalhead selves on full display. Jericho clearly knows how to hold a crowd’s attention, but his stellar voice truly puts Fozzy over the top, with the whole band backing him up with gang vocals. 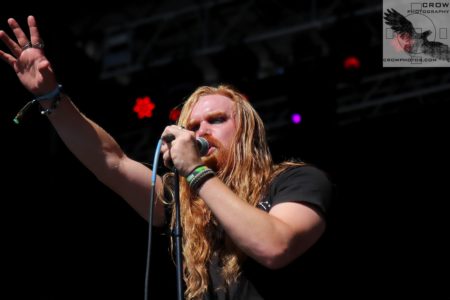 See below for a photo album of Through Fire performing at Louder Than Life Festival 2017:

See below for a photo album of Fozzy performing at Aftershock Festival 2017: