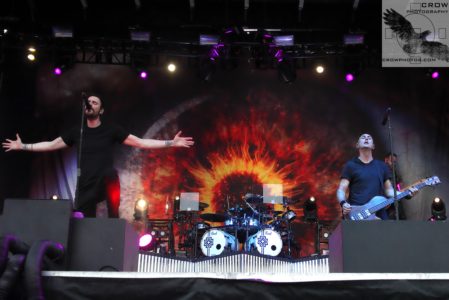 The 6th annual Fort Rock festival kicked off on Saturday, April 28, 2018 at Markham Park in Sunrise, Florida. After spending its first 5 years in Fort Myers, the festival moved across Alligator Alley to Fort Lauderdale and set up camp on the sprawling Markham Park. The grass field was lined with vendors of food, drink and merchandise of every kind. There were two main stages, aligned side by side, with alternating sets and 5 minutes between them. This made it easy to see every band and still have time to enjoy the full festival experience. 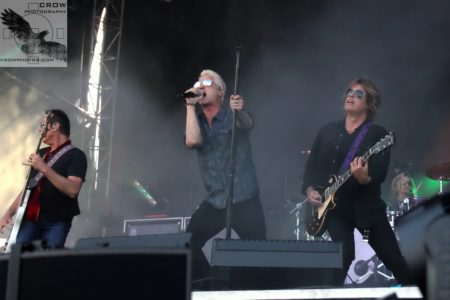 Day 2 kicked off with the sweet southern blues of Nashville’s Tyler Bryant and the Shakedown, a must-see live act. Next up was the brutal sounds of Toothgrinder. That was all the warm up required. From there, it was nothing but headliners for the rest of the day. 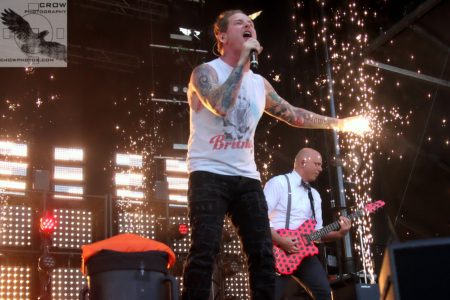 Red Sun Rising, touring in support of their sophomore release ‘Thread’, led the crowd through singalongs of their numerous hits. With 3 guitars and harmony vocals, they really pull off their songs in a live setting. Avatar turned up the performance level, with the unveiling of The King, guitarist Jonas “Kungen” Jarlsby, playing from his throne. The Swedish head bangers were a bit overdressed for the Florida heat and humidity. Lead singer Johannes Eckerström even commented that their outfits “were designed for a more nordic climate”. They played fan favorites from their recent releases “Avatar Country”, “Feathers & Flesh”, “Hail the Apocalypse” and “Black Waltz”. 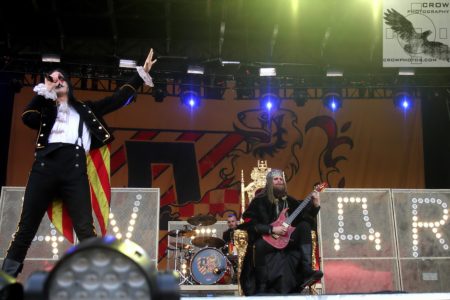 Sevendust has arrived with a brand new album “All I See Is War” and a hit single “Dirty”. Lajon Witherspoon, Clint Lowery, John Connolly, Vince Hornsby and Morgan Rose just continue to get better at songwriting, while continuing to be one of the most entertaining and talented live acts around. The only thing wrong with a Sevendust show is having it end too soon. Pop Evil is also at the top of their songwriting game, with a self-titled album now out, bringing multiple hit singles as they always do. This was a very emotional show for them and it really showed, particularly when Leigh Kakaty dedicated “Torn To Pieces” to their tragically deceased producer Kato Khandwala. 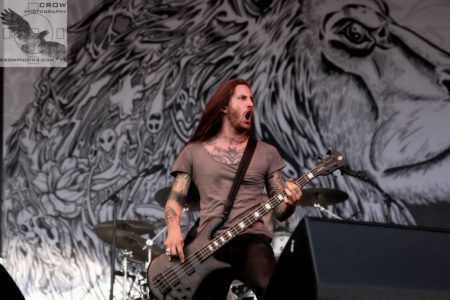 Halfway through the day, things got twisted, as rap rockers Hollywood Undead took the stage. Trading off bars and guitars, with and without masks, they entertained from the first beat drop to the last fireworks-soaked chord. Stone Temple Pilots was up next, introducing the crowd to their new singer Jeff Gutt, following in the very large footsteps of the dearly departed Scott Weiland and Chester Bennington. With a brand new album in the books, there is a new energy surrounding Eric Kretz, Robert DeLeo and Dean DeLeo. The old songs sound new again and the new songs sound great.

Corey Taylor and Stone Sour took the stage by storm, as they always do. The dynamic and emotional band tore through an hour of killer tunes. Breaking Benjamin cranked up the emotion even higher, as night fell and they opened with their new single “Red Cold River” and closed with “Torn In Two”, both off their latest album “Ember”. They encored with “The Diary of Jane”, and then the stage was finally set for the Big Guy. 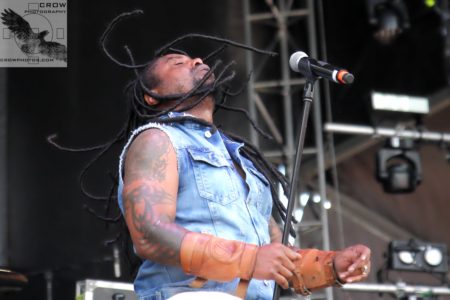 Ozzy Osbourne may be 69 years old, but as he put it, he “is not retiring, just slowing down”. There was no evidence of slowing down at this show. With Rob “Blasko” Nicholson on bass, Adam Wakeman on keyboards, and Tommy Clufetos on drums, Ozzy took us all on a trip through rock and roll history history. The co-star of the show was Zakk Wylde, back on lead guitar and one of the most interesting guitarists in the world. Ozzy and Zakk fed off of each other and the still-screaming crowd, to put an exclamation point on an incredible weekend of rock and roll energy.

See below for a photo album of Fort Rock Festival 2018 Day 2 – Sunday: