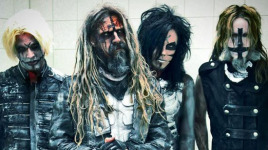 Rob Zombie confirmed today via Twitter that the mixing process of his new studio album is complete. Zombie announced the news this morning in a tweet. Zombie also declares in the tweet that it’s his “best album yet. no joke”. The new album will be Zombie’s sixth studio effort and… Continue reading