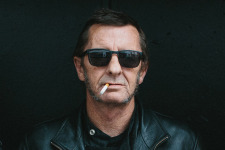 Earlier today it was reported that AC/DC drummer Phil Rudd had been arrested and charged with attempting to procure the murder of two men, according to New Zealand’s Bay of Plenty Police District representative Kim Perks. He was also charged with threatening to kill, possession of cannabis, and possession of methamphetamine. Rudd’s Atlanta… Continue reading