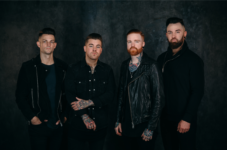 No word if the band is working on a new full-length album. Memphis May Fire are back with an explosive new single “Blood & Water.” The song is the band’s first new piece of material since 2018. The official audio can be streamed below. “With everything that’s happened over the last… Continue reading

Black Veil Brides are currently in the midst of their Black Mass Tour, a massive co-headliner with Falling In Reverse. With the holidays fast approaching, BVB are planning for the new year and have announced a second North American leg of the Black Mass Tour. The trek kicks off on February 5… Continue reading 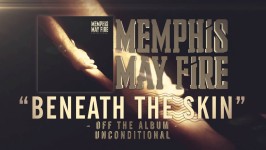 Memphis May Fire have unleashed their new music video for “Beneath The Skin”, the third single of their latest album Unconditional. The disc is the band’s fourth studio effort and it debuted at #4 on the Billboard Top 200 back in March. The band is set to hit the road again in support… Continue reading 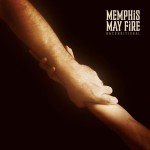 Texas metal juggernauts Memphis May Fire have officially announced the details for their long-awaited new studio album. Titled Unconditional, the disc is due out on March 25 via Rise Records. I sat down with guitarists Kellen McGregor and Anthony Sepe back in November to talk about the new record. “I think the surprise is going to be… Continue reading 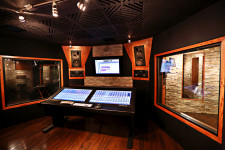 Memphis May Fire are a huge addition to the Warped Tour roster this year. In January 2011, the band signed their first major-label contract with Rise Records. The band’s major label debut, The Hollow, followed in the spring and debuted at #130 on the Billboard Top 200. Their latest album, Challenger, was released… Continue reading