Rock News
by Matt Bishop
October 23, 2018March 19, 2022
(TRR) – Metal titans Slipknot are returning to the stage in 2019. After it was announced earlier this morning that the band would be headlining Download Festival 2019 alongside Def Leppard and Tool, Slipknot have announced a European run that includes stops at Rock Am Ring, Rock Im Park, Graspop Metal Meeting, Novarock, and more. One U.S. show at the Iowa State Fair has also been confirmed. Slipknot have been hard at work on a brand new studio album, which is expected to be released next year. 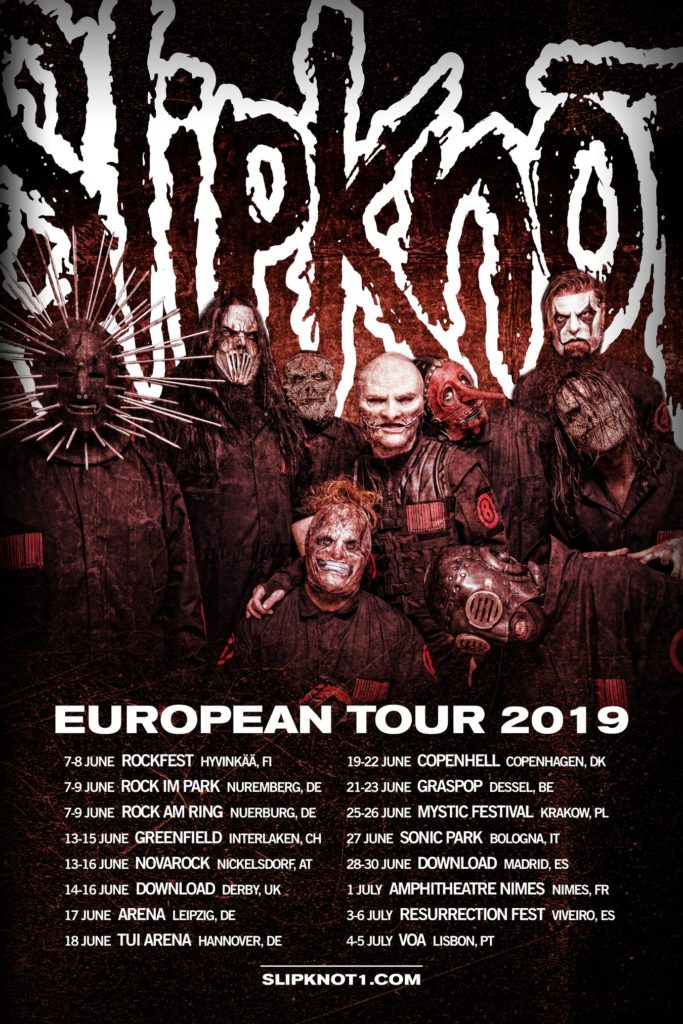