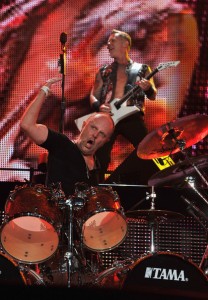 Post-Orion 2012, the band jetted off to Mexico City for an epic 8-show run at Palacio de los Deportes (Sports Palace) in Mexico City; the same arena the band played in 1993 on the Black Album Tour, Metallica played 5 shows at the arena and recorded the live CD/DVD box set  Live Sh*t! Binge & Purge, and in 2009 for 3 shows on the World Magnetic Tour which were recorded for the Mexico City Live DVD. During the press conference beforehand, Metallica made a couple comments on writing a new record, and the will to get the process started. “We’re not going to start recording, we’re going to start writing,” Lars stated. ”We don’t know what’s inspiring us right now,” said frontman James Hetfield. “I’ve been itching to write for a long time — all of us have — so there’s lots of ideas.” Bassist Robert Trujillo added, “[There are] lots of riffs to jam on, and that’s pretty exciting for us.”. Back in early June, lead guitarist Kirk Hammett stated in an interview with Guitar World Magazine that he has over 400 riffs already written for the new album.

Metallica have been touring relentlessly for the last 5 years. Their last record, 2008′s Death 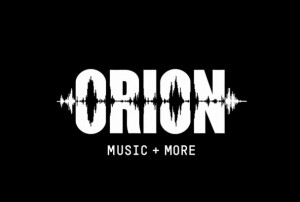 Magnetic, which saw the band return to form. Both heavy and thrashy, it’s a nice mix of …And Justice and Black Album. Magnetic debuted at #1 on the Billboard Top 200, and has since gone multi-platinum. It was nominated for 5 Grammy Awards, winning two of them (“Best Recording Package” and “Best Metal Performance” for “My Apocalypse”). Tentatively, Metallica plans to head into the studio in September to begin working on the new album. Producer Rick Ruben, who won the Grammy for “Producer of The Year – Non-Classical”, will once again be leading Metallica’s charge. Metallica recently released another live DVD from their World Magnetic Tour, Quebec Magnetic, the band’s first release on their own newly founded North American label, Blackened Recordings. This will surely make a great stocking-stuffer this holiday season, so go grab a copy and have a Merry Metallica Christmas. – by Matt Bishop  (Top Left Photo Courtesy of Theo Wargo/Getty Images North America)

Welcome to the Revival of rock 'n' roll music. The way you used to hear rock, see rock, and feel rock is going to be shattered into a million pieces, reassembled, and revived. Dive into the realm of rock with interviews, concert coverage, and breaking news that make the music seem real again - in your ears, in your mind, and right in front of your very eyes. You'll feel the cool steel of the guitar strings and the smooth wood grain of the drum sticks right in your hands, all with the echoes of reverb in your head. This is the way rock was supposed to be experienced. Welcome to the Revival of rock 'n' roll music.
View all posts by Matt Bishop →
Tagged  Metallica, Orion Music + More Festival.
Bookmark the permalink.