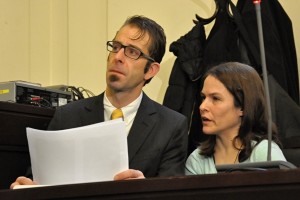 After a long, gut-wrenching trial, Lamb of God frontman Randy Blythe has been acquitted on charges of attempted manslaughter; and it’s about fuckin’ time. I, as well as thousands more, maintained Blythe’s innocence since Day 1 of this terrible travesty, and I’m glad to see him home, the burden lifted, and getting back to his music and photography.

Blythe’s arrest came in connection with an incident that happened 2 years ago at a Lamb of God concert in which a fan tried to jump on stage twice, but was stopped by security. On his third attempt, the fan got past security and charged at Randy. Randy simply pushed him back into the crowd. It was reported, however, that the fan fell back into the crowd and hit his head, causing trauma that resulted in his death 14 days later. Blythe was arrested on Wednesday, June 27, on charges of attempted manslaughter, and released on released on 4 million Czech Koruna bail (approximately $200,000), however he remained incarcerated in Pankrac Prison due to contention of bail made by a Czech prosecutor. After making bail, Blythe returned to the States, only to go back-and-forth for several court appearances.

Throughout this entire ordeal, Randy went full steam ahead with his defense, maintaining his innocence and never trying to avoid any 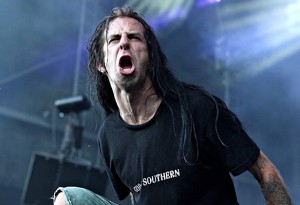 of his required court appearances. After the trial, Blythe said, “As I’ve stated previously, I do not wish to avoid my responsibility, and if I thought I were guilty, I would plead guilty right now. I still believe I acted responsibly to protect myself, my band, our equipment, and our audience. I did not strike anyone or run across the stage to push anyone.”

Lamb of God are one of the premiere bands of the New Wave of American Heavy Metal. They’re direct descendants of metal godfathers like Metallica, Slayer, Iron Maiden, Judas Priest, Testament, Overkill, and more. Their last two albums – 2009’s Wrath, and 2006’s Sacrament, hit #2 and #8 on the Billboard T0p 200 respectively. Their current release, the 2012 LP Resolution, debuted at #3 on the Billboard Top 200, and sold over 52,000 copies in its first week of sales. Lamb of God toured sparingly in between Blythe’s court appearances, and now they will be back in full swing come summer, kicking things off with an appearance at Rock On The Range in Columbus, OH. – by Matt Bishop (Top Left Image: Milan Holakovsky/Getty Images, Cover Photo: Bobin James Photography )

Welcome to the Revival of rock 'n' roll music. The way you used to hear rock, see rock, and feel rock is going to be shattered into a million pieces, reassembled, and revived. Dive into the realm of rock with interviews, concert coverage, and breaking news that make the music seem real again - in your ears, in your mind, and right in front of your very eyes. You'll feel the cool steel of the guitar strings and the smooth wood grain of the drum sticks right in your hands, all with the echoes of reverb in your head. This is the way rock was supposed to be experienced. Welcome to the Revival of rock 'n' roll music.
View all posts by Matt Bishop →
Tagged  Lamb of God, Randy Blythe.
Bookmark the permalink.