Finally after several leaks and rumors, the official lineup for the Firefly Music Festival 2015 has been announced. This year, Kings of Leon and The Killers are set to headline. While the third headliner has not officially been confirmed, it is rumored that Paul McCartney is set to fill the final slot. Also slated to perform are Cage The Elephant, Gary Clark Jr, Morrissey, Foster The People, Modest Mouse, Bastille, Sublime with Rome, Hozier, Empire of the Sun, Awolnation, Spoon, The Kooks, Echosmith, Walk The Moon, Cold War Kids, Dirty Heads, Citizen Cope, and many more pop, electronica, and hip-hop acts.  Tickets will be available soon via FireflyFestival.com. – by Matt Bishop 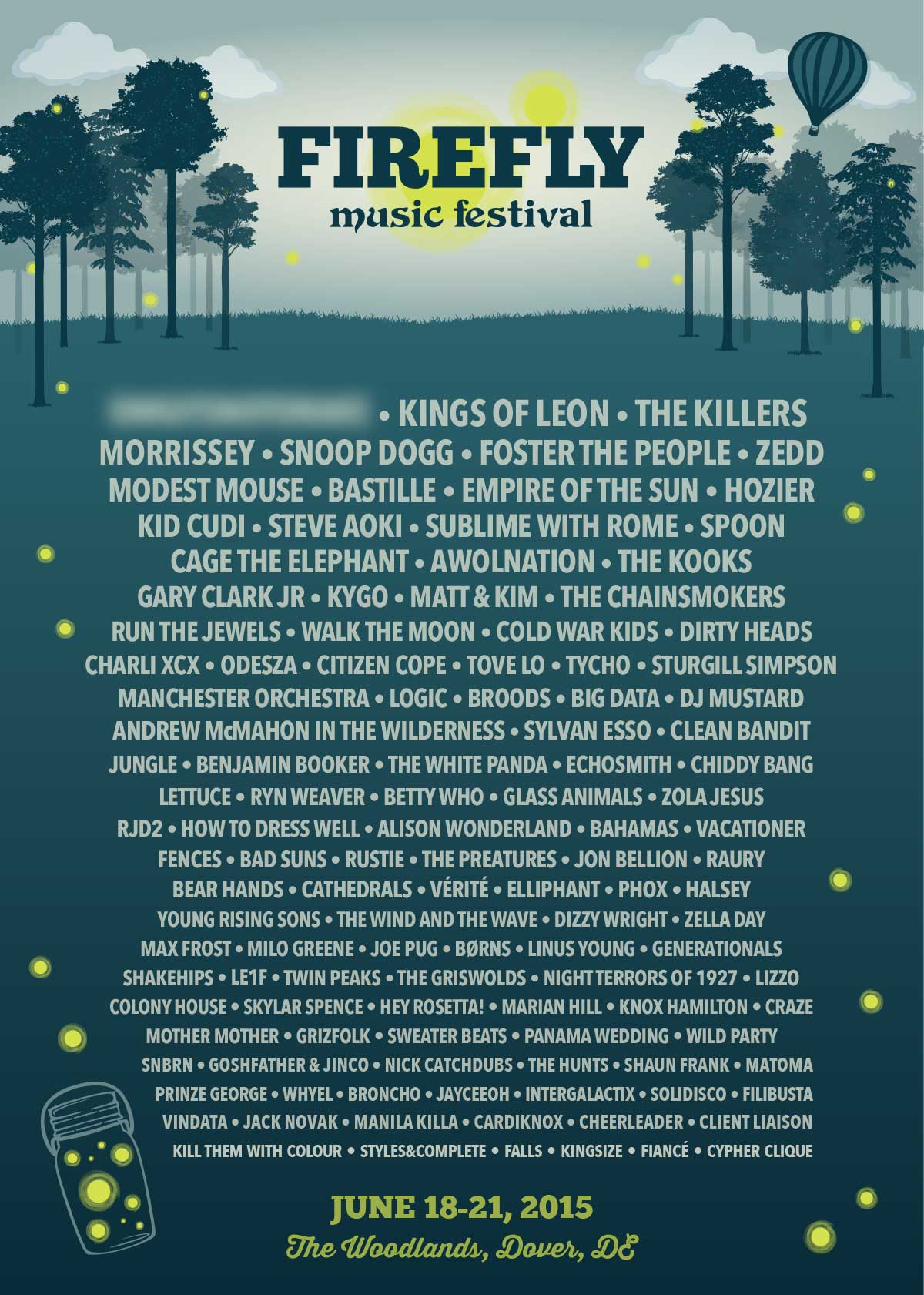