Home » FINCH TO APPEAR ON WARPED TOUR, SET TO RELEASE NEW ALBUM IN 2014

FINCH TO APPEAR ON WARPED TOUR, SET TO RELEASE NEW ALBUM IN 2014

Today, heavy alternative rockers Finch made perhaps the most significant Warped Tour announcement this year. The band declared via a video post that they will be playing the Vans Warped Tour this summer from June 13-July 6. This will be the band’s first shows since their What It Is To Burn 10th Anniversary Tour in 2012. Finch formed in 1999 and released just two studio albums. The group went on hiatus in 2006, and reformed in 2007. They released a self-titled EP in 2008, and the Epilogue EP in 2010. Back on February 25, Finch released a live album, What It Is To Burn X – Live At The Glasshouse. In addition to the live disc, Finch will be recording and releasing a brand new studio album in 2014. Their last full-length LP, 2005’s Say Hello To Sunshine, hit #24 on the Billboard Top 200. On March 29, Finch will be playing the Extreme Thing Music Festival at Desert Breeze Park in Las Vegas, NV. – by Matt Bishop (Twitter.com/The_MattBishop) 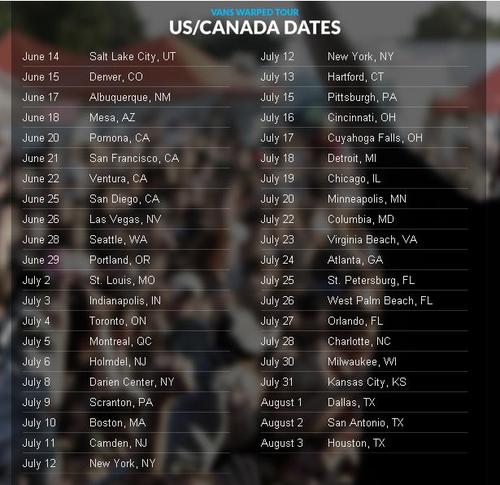