This spring, metal champions Disturbed will bring their arena-ready live show to intimate club settings across North America. The trek kicks off on 3/11 at the Commodore Ballroom in Vancouver, BC and wraps up April 10 at the New Daisy Theatre in Memphis, TN. Tickets go on sale August 21 via Disturbed1.com.

“We know the arena shows will come,” said frontman David Draiman. “But we wanted to start out feeling like it did in the old days. Intimate, hot, and intense. We can’t wait. Prepare yourselves. The Leviathan has risen.”

The band recently premiered the official music video for “The Vengeful One,” the lead single off their upcoming new album. The new disc Immortalized will hit shelves on August 21 via Reprise Records. The new album is the long-awaited follow up to Disturbed’s 2010 effort Asylum, which was the band’s fourth consecutive #1 debut on the Billboard Top 200.

Disturbed formed in Chicago in 1996. Since then, they’ve gone on to sell over 12 million albums worldwide. They’ve penned nine #1 Active Rock singles and released four consecutive albums that all debuted at #1 on the Billboard Top 200, an achievement they share only with Metallica and Dave Matthews Band. In 2009, Disturbed were nominated for the Grammy Award for Best Hard Rock Performance for “Inside The Fire.” In 2011, the band headlined the Rockstar Energy Drink Mayhem Festival. 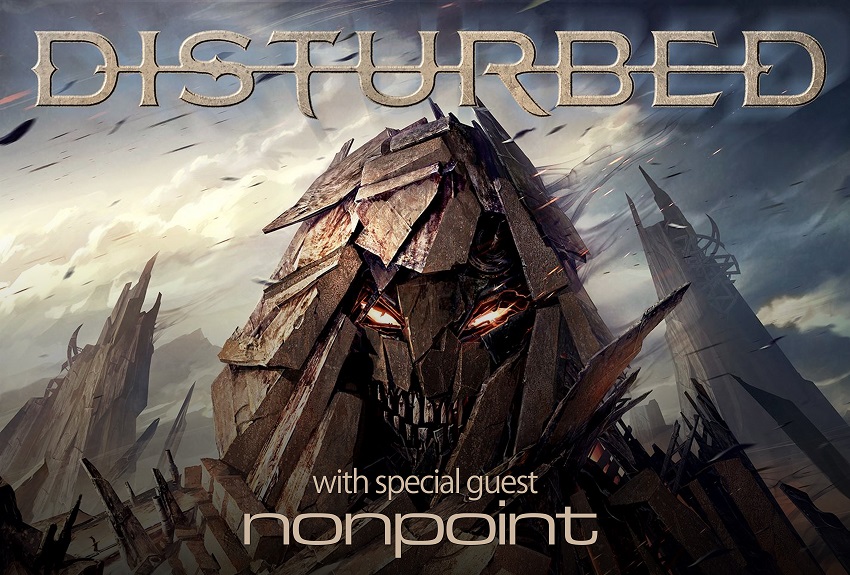