Rock News
by Matt Bishop
September 20, 2019March 19, 2022
(TRR) – Chevelle have announced a string of 2019 fall tour dates. The trek begins on October 15 at the Riverside Auditorium in Riverside, CA and wraps up on December 14 at the Horseshoe Tunica in Robinsonville, MS. Chevelle are slated for a featured appearance at Aftershock Festival on October 13 in Sacramento, CA.

A special fan pre-sale begins this Tuesday, September 24 at 10am local time. Check the band’s social media platforms later today for the access code. All tickets will be available HERE. Support will be provided by AEGES, The Band Royal, and Convey on select dates. The full tour itinerary can be found below. 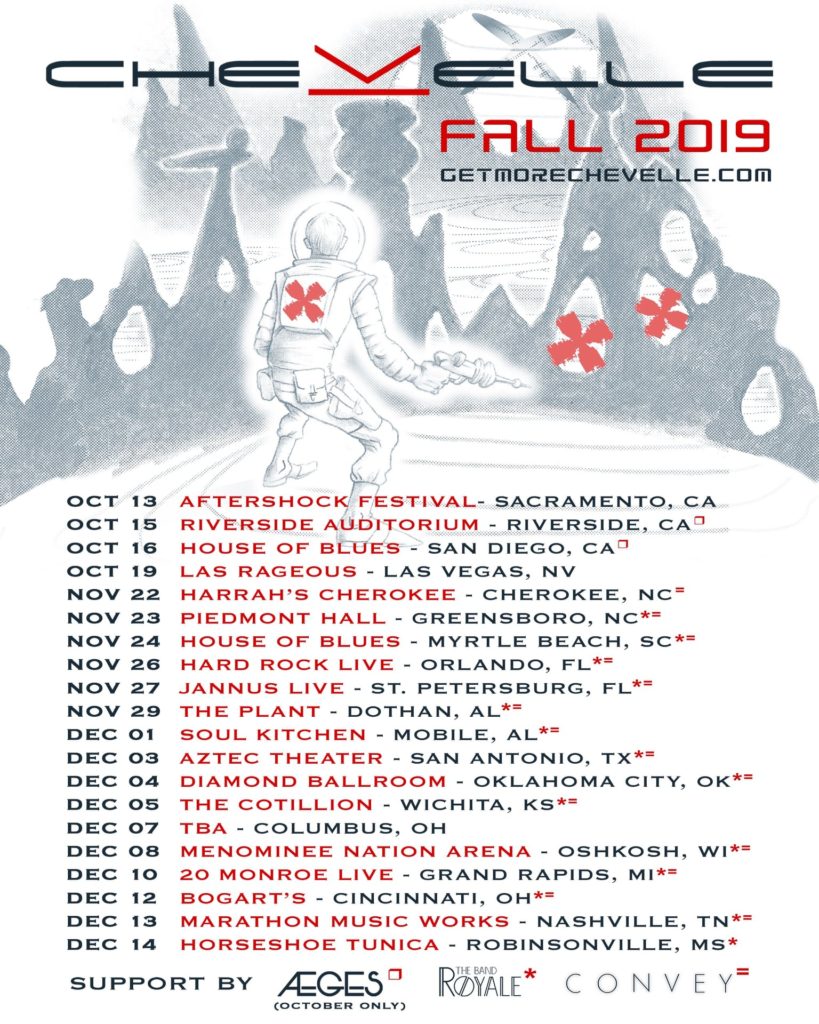 Ric Ocasek, Frontman Of The Cars, Dead At 75