The numbers are in, and the numbers don’t lie. Each year, Pollstar releases their annual rankings of the top-grossing touring shows/acts of the year. Rock acts had a strong year, nabbing 14 of the Top 50 slots. Bruce Springsteen & The E Street Band‘s Wrecking Ball Tour topped the rockers, grossing just over $210 million and ranking #2 overall. Six hard rock/metal acts – Metallica, Van Halen, Nickelback, Scorpions, and Aerosmith – all grossed over $30 million in 2012. Two rock icons who are now solo – Roger Waters (Pink Floyd) and Paul McCartney (The Beatles) – both ranked in the Top 15.

Metallica have been touring relentlessly since 2008 off their Grammy Award-winning album Death Magnetic. While the band did 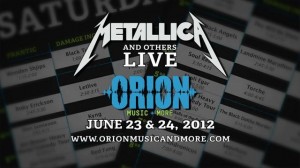 not tour as extensively in 2012, with the help of several major festival appearances (including their very own Orion Music + More Festival), they hauled in $86 million. It was a banner year for the Red Hot Chili Peppers, who were still touring off their 2011 release, I’m With You, which debuted at #2 on the Billboard Top 200 and was nominated for a Grammy Award for Best Rock Album. In addition to being inducted in into the Rock and Roll Hall of Fame, RHCP mounted a monster 77-show run, with which they hauled in almost $58 million. Both albums, Metallica’s Death Magnetic and Red Hot Chili Peppers’ I’m With You, were both produced by Grammy Award-winning producer Rick Rubin.

This year also saw the comebacks of two classic hard rock acts – Van Halen and Aerosmith. Van Halen reunited with frontman David Lee Roth in 2007, and they toured on ’07 and ’08. In 2012, the band released their first new LP in 14 years, A Different Kind of Truth. The album debuted at #2 on the Billboard Top 200, and the supporting tour raked in almost $50 million. Aerosmith mounted a summer tour with support from Cheap Trick in 2012, The Global Warming Tour. The brief run served as a preamble for the band’s upcoming 15th studio album, Music From Another Dimension, which came out near the end of the year in November. The band’s first original LP since 2001, the album hit #5 on the Billboard Top 200. Aerosmith ventured out on the second leg of The Global Warming Tour for continued support the album, and managed to pull in $31 million with only two brief runs in 2012.

Perhaps the most astonishing story of 2012 is The Rolling Stones. The band only 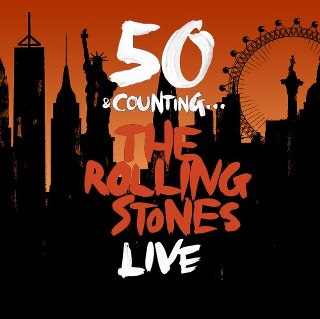 ranked #33 out of 50, and only pulled in 35.5 million…but they only played 6 shows. The Stones mounted a mini-tour to celebrate their 50th anniversary as a band. The celebration kicked off in Paris with a warm-up show at the La Trabendo Night Club . Then, two shows at London’s O2 Arena in November, a stop at the new Barclays Center in Brooklyn, NY, and a two-night stand at the Prudential Center in Newark, NJ. The Stones also were a late addition to the 12-12-12 Concert for Sandy, a benefit show at Madison Square Garden in New York City that also included fellow top-grossers Bruce Springsteen, Chris Martin of Coldplay, Roger Waters, and Paul McCartney. Rolling Stones frontman Mick Jagger has confirmed that the band will tour in 2013, but no dates or details have been announced. These 2012 numbers prove one thing – forget what you’ve heard, rock ‘n’ roll music is alive and well. – by Matt Bishop