Hard rock heavyweights Airbourne have announced their much-anticipated 2016 North American Tour. The trek kicks off at the House of Blues in San Diego, CA and wraps up on October 14 at Baltimore Soundstage in Baltimore, MD. The band will be accompanied by special guests The Wild. Tickets are on sale via AirbourneRock.com. 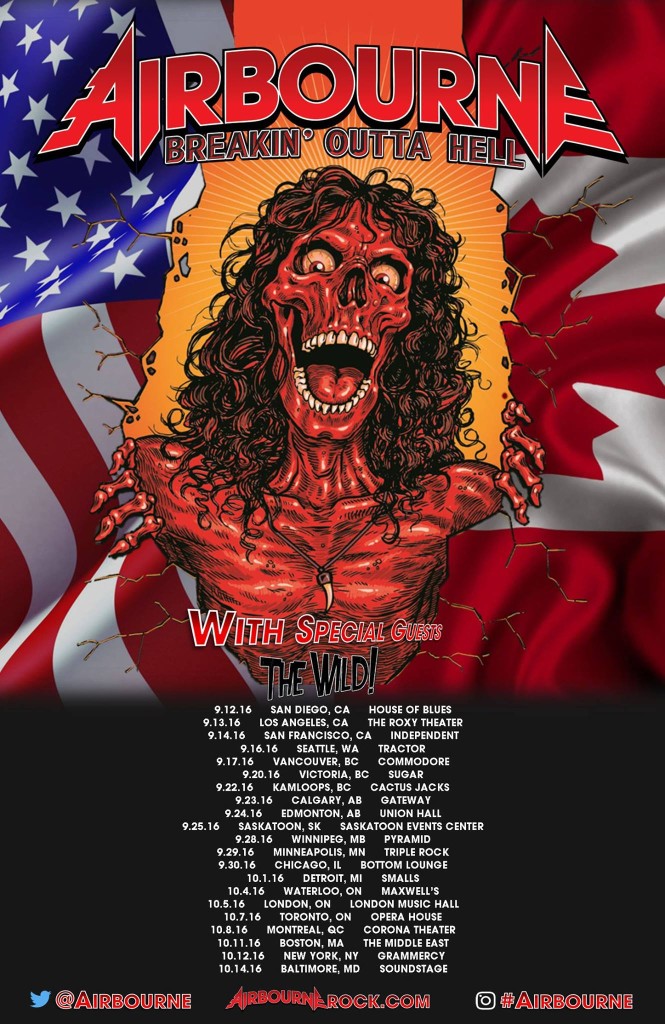