Features
by Matt Bishop
October 2, 2017March 19, 2022
(TRR) – Avenged Sevenfold, Breaking Benjamin, and Bullet For My Valentine will be teaming up for a massive tour in 2018. The ultra-heavy package will hit the road starting January 12 at Bridgestone Arena in Nashville, TN. Several pre-sale options are available for fans beginning October 3:

A7X have partnered with CID Entertainment to offer special VIP Tour Experiences. The packages including access to a VIP viewing area, an official signed setlist from the show, an invitation to the pre-show lounge that features Avenged Sevenfold memorabilia and an exclusive A7X tour book that never-before-seen photos. For full package details, visit CID Entertainment.

Avenged Sevenfold recently wrapped up a massive stadium run in support of Metallica on their WorldWired Tour. The band also played a handful of headlining shows along the trek. They are still touring on their latest LP, 2016’s The Stage which debuted at #4 on the Billboard Top 200 and #1 on the Top Rock, Top Hard Rock, and Top Alternative Albums charts. On October 27, M. Shadows and Synyster Gates will perform with surviving members of Linking Park as part of a special tribute show to late frontman Chester Bennington at the Hollywood Bowl in Los Angeles. Breaking Benjamin just embarked on an acoustic tour that will run though November 7. They will hit the stage at The Wellmont Theater in Montclair, NJ tonight. The band have also been writing and recording material for their sixth studio album. Their last effort, 2015’s Dark Before Dawn debuted at #1 on the Billboard Top 200 and produced three #1 rock radio singles – “Failure,” “Angels Fall,” and “Never Again.” Bullet For My Valentine recently released Live From Brixton: Chapter 2, a collection of live tracks recorded December 9-10, 2016 at Brixton Academy in London. Nearly a year ago, the band released a new single “Don’t Need You” which was their first piece of studio material since 2015’s Venom. The band are supposedly working on their sixth studio album. In April 2016, Bullet For My Valentine inked a new contract with Spinefarm Records. Larger touring packages have become a popular in rock music recently. Just this summer, Korn, Stone Sour, and Skillet trekked across North America on the Serenity of Summer Tour. The triple-bill packed large amphitheaters every night. 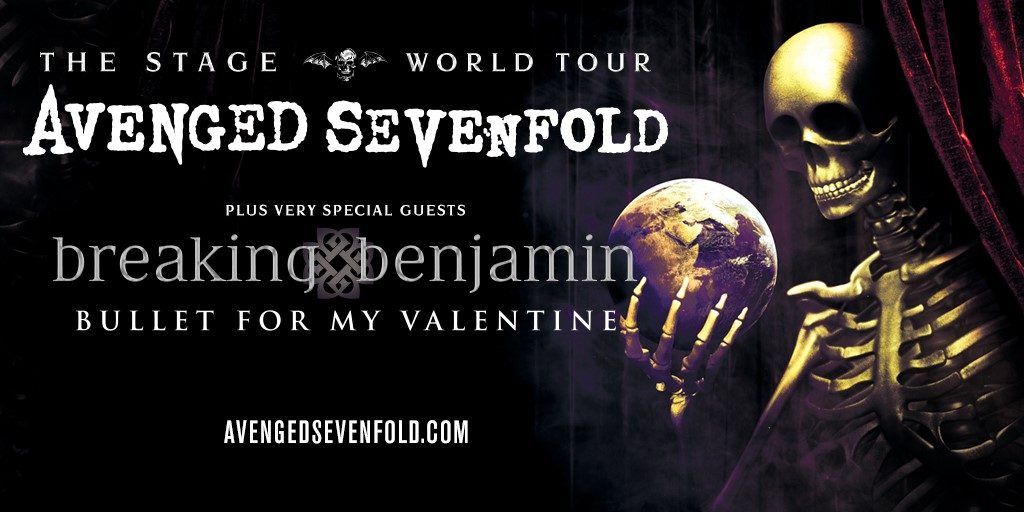