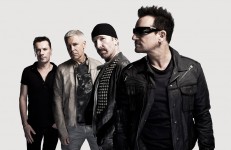 Rock icons U2 have been brought in to bolster the performance line-up at the 2014 MTV European Music Awards. It will be the band’s fourth performance at the EMAs, and their first since 2009 in Berlin, Germany. Sunday, November 9 at SSE Hydro Arena in Glasgow, Scotland. The U.S. telecast will… Continue reading