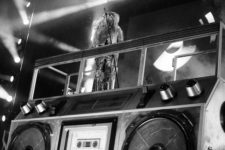 Day two of Ozzfest Meets Knotfest 2017 belonged to the “maggots”, the fans of Slipknot who showed up en masse despite Slipknot being absent from the lineup. Corey Taylor’s “other band”, Stone Sour, anchored the main stage, centered between the cholo goth of Prayers and the return of Eighteen Visions… Continue reading 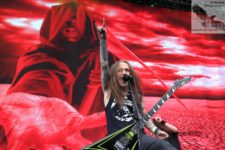 Images by Johnnie Crow Words by Paul Stephens Ozzfest is a festival unlike any other and for the past two years Ozzfest has linked up with Knotfest to give metal fans a unique experience. The first band on Second Stage A hit the stage at 11:00 AM and Ozzy’s last… Continue reading