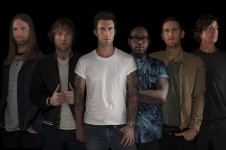 Today is an especially big day for Maroon 5. The band is treating fans to a double-dose of good news, as they have released their new studio album V and announced a world tour to support it. The band’s appropriately titled fifth album is featured in TheRockRevival.com’s Fall Album Preview and is… Continue reading