Pop-punk kings Green Day are jumping back into action tonight in Chicago as they kick off a 5-month world tour. The trek begins with a U.S. arena run through April. In late May, the the band will head overseas for select dates and festivals, including Rock am Ring and Pinkpop Festival. Green Day are touring… Continue reading

Punk rock revivalists Green Day released their new album, ¡Uno!, via Reprise Records. The album is the first in a triple-crown release,with ¡Dos! following on November 13, 2012, and ¡Tré! on January 15, 2013. The trilogy is a follow-up to their Grammy Award-winning 2009 effort, 21st Century Breakdown. All three records are being produced by the band’s long-time producer,… Continue reading 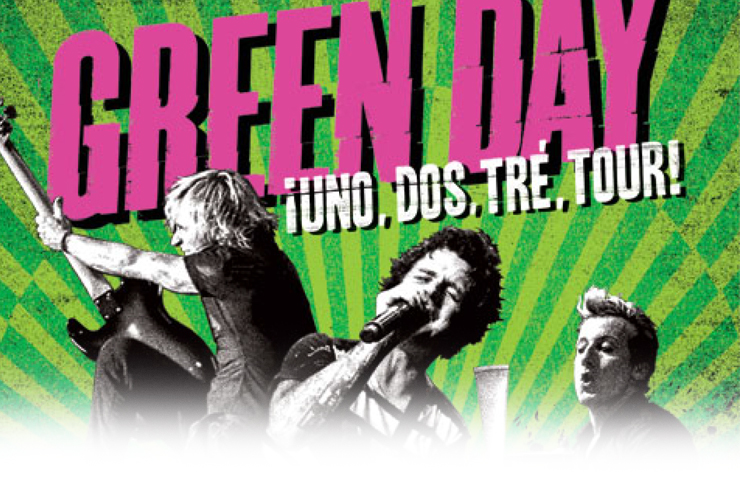 Green Day will be embarking on the first leg of their ¡UNO!, ¡DOS!, ¡TRÉ! North American Tour. The tour begins on November 26th in Seattle, WA at the Paramount Theatre with a string of intimate shows at small venues, wrapping up on December 10th in Tempe, AZ at the Marquee Theater. In… Continue reading

Green Day Unveil Track Listing For New Album ¡Uno!     Punk rock giants Green Day have officially unveiled the track listing and release date for their new album, ¡Uno!, which is scheduled for a September 25 release. The much anticipated follow-up to 2009’s 21st Century Breakdown, ¡Uno! is the first in a… Continue reading