Thrash metal legends Slayer have unleashed their brand new music video for “Pride In Prejudice.” The official music video can be streamed above. The clip was directed by familiar collaborator BJ McDonnell who also directed “Repentless” and “You Against You.” The band’s latest album Repentless which debuted at #4 on the Billboard Top 200 will hit its one year anniversary next week. On September 9, Slayer will kick off a massive North American tour with Anthrax and Death Angel. Tickets are available now via Slayer.net. 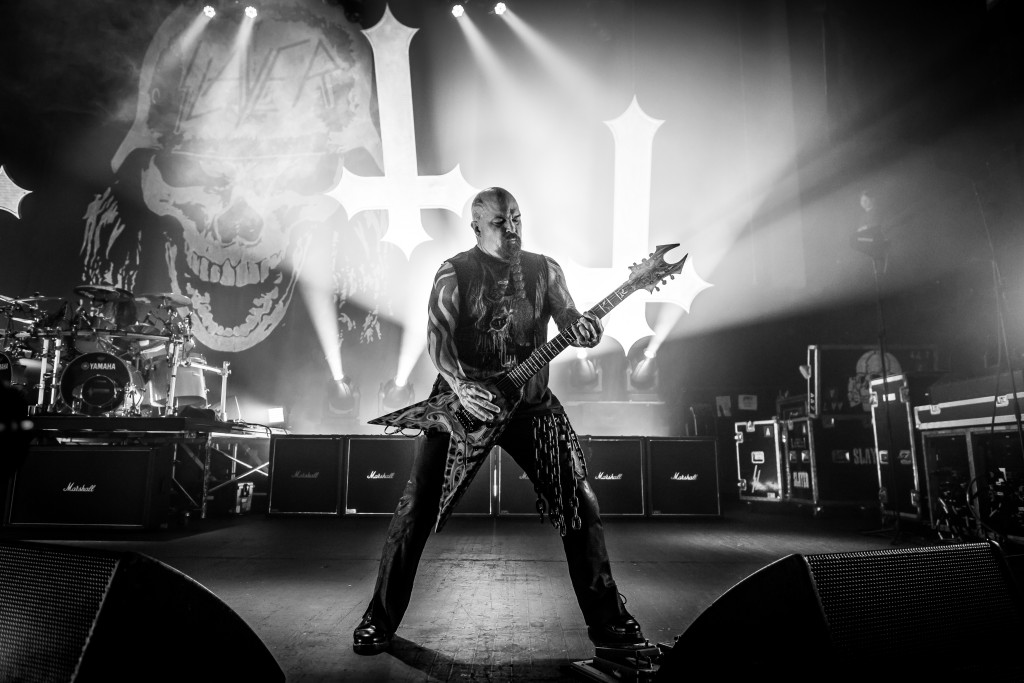 Welcome to the Revival of rock 'n' roll music. The way you used to hear rock, see rock, and feel rock is going to be shattered into a million pieces, reassembled, and revived. Dive into the realm of rock with interviews, concert coverage, and breaking news that make the music seem real again - in your ears, in your mind, and right in front of your very eyes. You'll feel the cool steel of the guitar strings and the smooth wood grain of the drum sticks right in your hands, all with the echoes of reverb in your head. This is the way rock was supposed to be experienced. Welcome to the Revival of rock 'n' roll music.
View all posts by Matt Bishop →
Tagged  kerry king, matt bishop photo, rock revival, Slayer, Slayer band, slayer pride in prejudice, slayer tour.
Bookmark the permalink.