Rock News
by Matt Bishop
September 12, 2017March 19, 2022
(TRR) Seether have announced a new round of U.S. tour dates. The second leg of their Poison The Parish World Tour kicks off on November 25 at The Fillmore in Charlotte, NC and wraps up on December 20 at the Taft Theatre in Cincinnati, OH. Shaman’s Harvest will serve as the trek’s special guests. Tickets go on sale this Friday, September 15 at 10am Local Time via Seether.com.

Seether released their seventh studio LP Poison The Parish back in May. It peaked at #14 on the Billboard Top 200. The album’s second single “Betray and Degrade” hit rock radio on August 9. 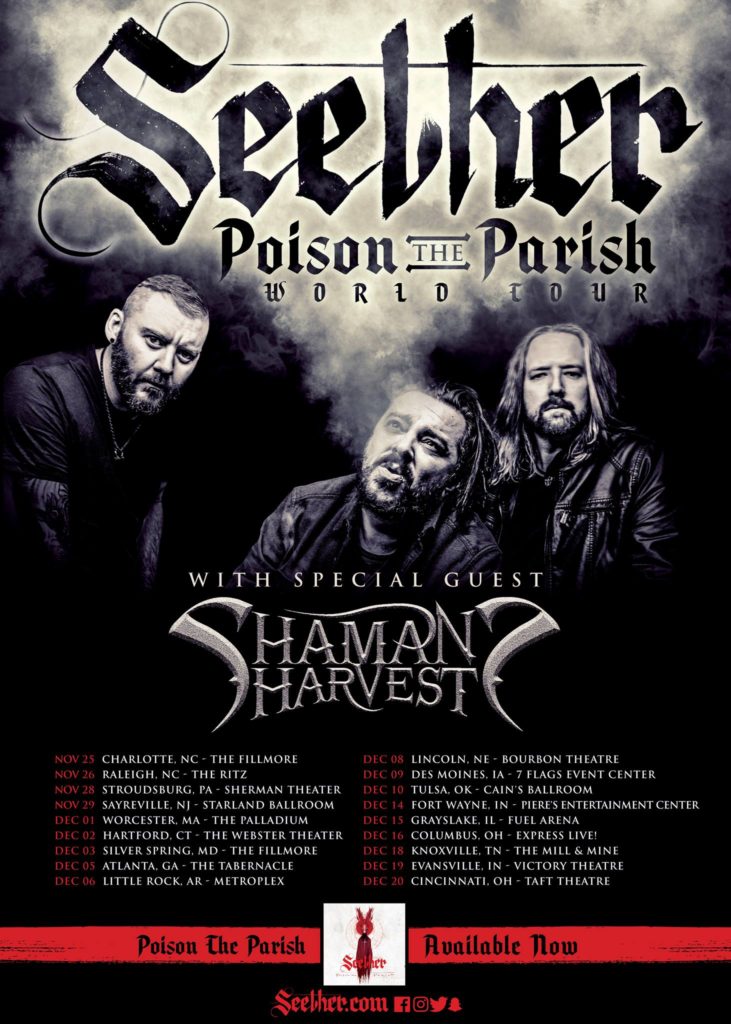