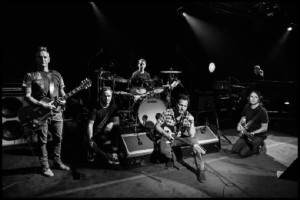 Grunge gods Pearl Jam have just inked a liscensing agreement with Fox Sports to provide music for the 2013 Major League Baseball World Series. The network will be covering the World Series from October 23-31, and they have secured 48 Pearl Jam songs spanning the band’s entire career for airplay in promos, commercials, and much more. Included in those 48 songs are all 12 tracks from the band’s new album, Lightning Bolt, which is set to strike on October 15. The album is the long-awaited follow up to 2009’s Backspacer. The band recorded the album with producer Brendan O’Brien (Incubus, Seether, Bruce Springsteen, The Gaslight Anthem, more) and will be releasing the album via Monkeywrench Records/Republic Records. In addition to headlining Voodoo Experience on Friday, November 1, Pearl Jam just kicked off their fall North American tour two days ago in Pittsburgh, PA. The tour concludes on December 6 in Seattle, WA.

Pearl Jam have been a constant in the mainstream rock scene for over 20 years. They arrived in epic fashion in 1991 with 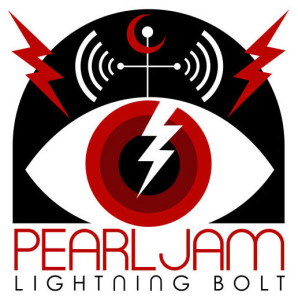 their debut album, Ten, which still remains their single greatest achievement as a band. The album hit #2 on the Billboard Top 200 in 1992, and recently in February 2013, it was certified diamond by the RIAA, with over 10 million copies sold in the U.S. The band’s sophomore effort, 1993′s Vs., debuted at #1 on the Billboard Top 200, where it remained for five weeks. The album sold a record-breaking 1.3 million copies in it’s first ten days on the market. Pearl Jam’s third album, Vitalogy, debuted at #1 once again on the Billboard Top 200, and was ranked #495 on Rolling Stone Magazine’s ’500 Greatest Albums of All-Time’. From 1996-2009, Pearl Jam released six more studio albums. Since then, they have kept busy with numerous festival appearances and some touring. To date, the band has sold over 60 million albums worldwide. Pearl Jam are set to release their tenth studio album, Lightning Bolt, on October 15 and will be trekking across North America on an arena tour through early December.  – by Matt Bishop