Legendary British rocker Michael Des Barres has premiered a brand new track “Can’t Get You Off My Mind” which can be streamed above. The song is the lead single from his upcoming new album The Key to The Universe which is due out on April 7 via FOD Records. The new outing is a raw and gritty one for Des Barres, filled with monster guitar riffs and genuine lyrics. When discussing the new music, Des Barres was quoted as saying it’s going to be “very loud, very raw, and it’s gonna rock like fuck!” For the album, Des Barres linked up once again with veteran producer Robert Rose, who worked on his 1986 effort Somebody Up There Likes Me. 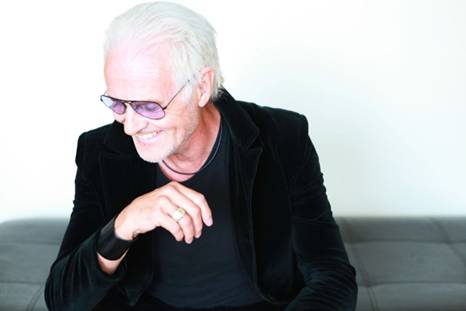 Des Barres wrote music for the new record with assistance from Linda Perry and Nigel Harrison (bassist of Blondie, Silverhead). Perry penned the track “Can’t Get You Off My Mind.” Des Barres says of the track, “Most of my life has been lived obsessively, excessively and at a pace that kept me moving towards a moving target. When that arrow came to rest I no longer was obsessed. My aim has changed somewhat. Passion and honesty mean everything to me. Linda Perry is authentic—she is the real thing. That much sought after virtue that is so lacking in today’s culture. Simply put, she writes great songs. ‘Can’t Get You Off My Mind’ is a great song about obsessive love. So to come full circle emotionally, has been very rewarding and I know it will hit a nerve in anyone that has a heart.”

Also featured on the new album are Clive Deamer (Portishead, Robert Plant) on drums and Dani Robinson on guitar. Des Barres’ new album will be his first new music since 2012’s Carnaby Street. That same year, he also issued the live album Hot n Sticky Live. The disc was recorded a the legendary Viper Room in Los Angeles, CA. – by Matt Bishop 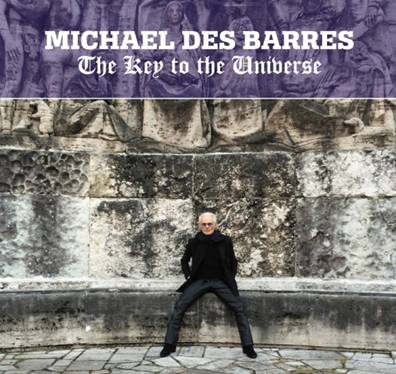 1. Can’t Get You Off My Mind
2. Room Full of Angels
3. I Want Love To Punch Me In The Face
4. Maybe Means Nothing
5. Burning In Water
6. It’s Just a Dream
7. Yesterday’s Casanova
8. Black Sheep
9. Liberty Train
10. Supernatural Lovers

VAN HALEN PERFORM "PANAMA" and "RUNNIN' WITH THE DEVIL" on JIMMY KIMMEL LIVE!