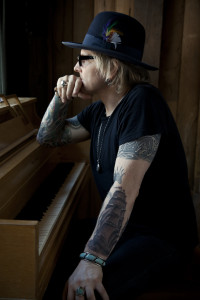 Today, Matt Sorum unveiled his new music video for the track “The Sea”, the first single off his new studio album Stratosphere which dropped back on March 11. The song is certainly one of the albums deeper cuts on an overall emotional record. “The Sea represents the search for your true self and finding inner peace,” says Sorum. “This song took on a lot of meaning for me through spiritual awakening after years of drug and alcohol abuse. This video paints the picture of that search, and in the end – true serenity.” The video was shot in Joshua Tree, CA and Zuma Beach, CA, where parts of the album were written. I had a chance to catch up with Matt back in March to discuss the album, and he said, “I just went into the record saying,’You know what, I’m going to to exactly what I feel like’”.

Matt Sorum joined Guns N’ Roses in 1990, recording and touring with the band for their 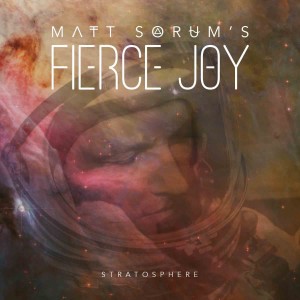 final three albums before the band went on a lengthy hiatus in 1994. In 1995, Sorum joined fellow former GnR bandmate Slash’s new band, Slash’s Snakepit. That same year, the band released their only album It’s Five O’clock Somewhere and subsequently embarked on an arena tour with AC/DC. In 2001, Sorum joined The Cult for their heaviest outing, Beyond Good and Evil. He toured with the band in support of the record as well. In 2000, Matt reunited with former Guns N’ Roses bandmates Slash and Duff McKagan to form Velvet Revolver. The band’s debut album, Contraband, debuted at #1 on the Billboard Top 200. The album has since been certified platinum. The band recorded a sophomore effort, 2007′s Libertad, but went on indefinite hiatus in 2008. In between VR records, Sorum released his debut solo LP, Hollywood Zen. Throughout his rollercoaster career, Matt Sorum has collabortated with the likes of Sammy Hagar, Tommy Lee (Mötley Crüe), Glenn Hughes (Deep Purple, Black Country Communion), Mr. Big, Gilby Clarke, and more. In 1995, Sorum recorded drums on “Go Go Power Rangers”, the theme song for the feature film Mighty Morphin Power Rangers, aling with Eric Martin (Mr. Big), John Pierce (Pablo Cruise), and Tim Pierce. In 2012, Matt Sorum was inducted in the Rock and Roll Hall of Fame as a member of Guns N’ Roses. – by Matt Bishop (@The_MattBishop)(Photos Courtesy of Eric Hobbs)

Welcome to the Revival of rock 'n' roll music. The way you used to hear rock, see rock, and feel rock is going to be shattered into a million pieces, reassembled, and revived. Dive into the realm of rock with interviews, concert coverage, and breaking news that make the music seem real again - in your ears, in your mind, and right in front of your very eyes. You'll feel the cool steel of the guitar strings and the smooth wood grain of the drum sticks right in your hands, all with the echoes of reverb in your head. This is the way rock was supposed to be experienced. Welcome to the Revival of rock 'n' roll music.
View all posts by Matt Bishop →
Tagged  alternative rock, Guns N' Roses, hard rock, matt sorum 2014, matt sorum fierce joy, matt sorum interview, matt sorum new music video, matt sorum new single, matt sorum new song, matt sorum news, matt sorum solo album, matt sorum stratosphere, matt sorum the sea music video, music, music news, rock music, The Cult, The Rock Revival, TheRockRevival.com, velvet revolver.
Bookmark the permalink.