Home » Louder Than Life Cancelled Due To Weather [PHOTOS]

Louder Than Life Cancelled Due To Weather [PHOTOS]

(TRR) – The Kentucky rock festival Louder Than Life has been cancelled due to massive amounts of rain which caused unsafe conditions. The Danny Wimmer Presents event was set to take place This weekend at Champions Park in Louisville, KY. One of the headliners – Avenged Sevenfold – had already cancelled their performance due to a medical issue. They were replaced by veteran rockers Alice In Chains. Below is a photo posted by Five Finger Death Punch bassist Chris Kael supporting the promoter’s decision to cancel the gig:

“For anyone questioning @louderthanlifefest’s decision to cancel the festival this weekend…” Kael wrote in the Instagram post. The festival’s promoter released a full statement on social media:

It is with deep regret that we inform you that this weekend’s Louder Than Life festival has been canceled due to unsafe conditions resulting from ongoing rain and flooding at the festival site—Champions Park. After carefully inspecting the grounds and infrastructure this evening, the City and we have determined that it is no longer possible to make the festival site safe in time for this weekend. We appreciate the outpouring of support from our fans, the numerous offers to come out and help, and the herculean efforts of the City of Louisville in trying to make the festival happen. The one thing we will never sacrifice is the safety of our fans, bands, staff and patrons. Before making the decision to cancel the festival, we looked at every option, from moving the event to another location to breaking the event up into smaller events in various venues. Unfortunately, it’s not logistically possible, and the weather is just not cooperating. It is not safe to attempt to move equipment, and replacement equipment is not available. We are so proud of this year’s festival experience that included incredible music, a showcase for Louisville’s great food scene, and of course an unparalleled offering of Kentucky bourbon, and more. We’re so disappointed to not get the chance to share all of this with you. This year’s Louder Than Life was going to be the momentous experience you all deserve. We will be back next year even bigger and better, and look forward to continuing our relationship with our incredible fans and this great city. As a result of this cancelation, DWP will be offering full refunds for all ticket, official hotel and camping package purchases. For those who purchased via Front Gate Tickets via internet or phone, orders will be processed automatically. Please allow up to 3 weeks for charges to be processed. For any further questions or assistance, please email info@dwpresents.com. 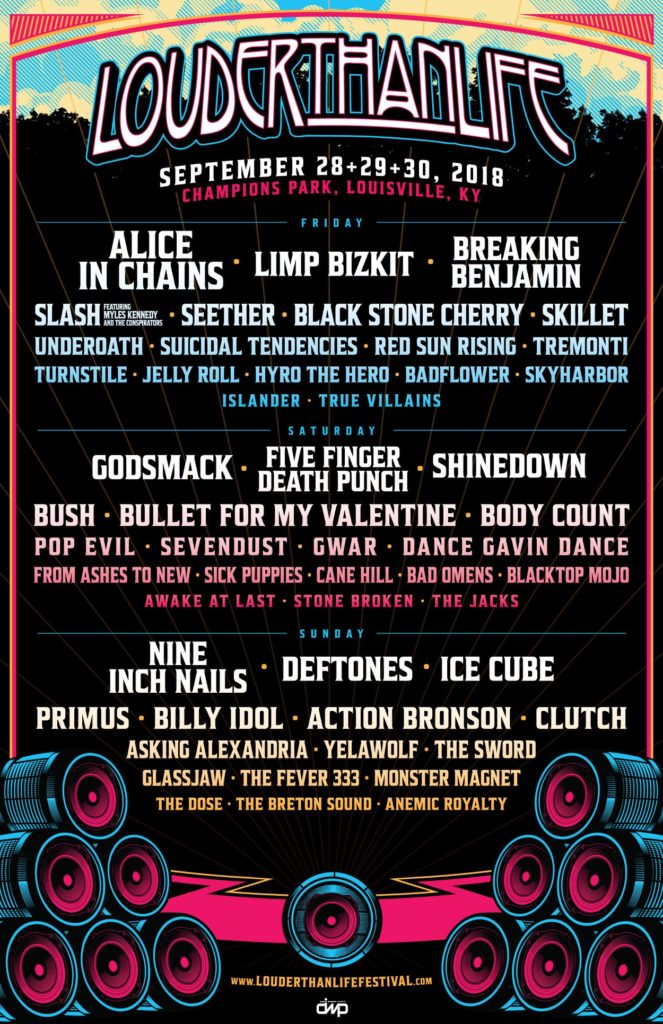