It was an epic night on the Rockstar Energy Drink Mayhem Festival tonight at the White River Ampitheatre in Auburn, WA as Loaded frontman Duff McKagan surprised the crowd by joining Motörhead on-stage for a rendition of “Killed By Death.” The track was originally released on 1984’s epic greatest hits album No Remorse, and appeared again in 1986 on the studio album Orgasmatron. 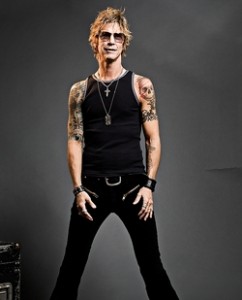 Motörhead are cranking up the volume on the main stage this year at Mayhem Festival. The band is still touring in support of their latest release, the live album The World Is Ours, Vol. I: Everywhere Further Than Everyplace Else. Throughout the winter and spring, the band toured Megadeth, Volbeat, and Lacuna Coil on the 2012 Gigantour.

Duff McKagan’s Loaded release their third album, The Taking, a little over a year ago. The record peaked at #12 on the Billboard Top Heatseakers Chart. Duff McKagan was recently inducted into the Rock ‘N’ Roll Hall of Fame as a member of the original Guns N’ Roses (bass, 1985-1997). From 2003-2008, he was a member of Velvet Revolver with former GnR bandmates Slash and Matt Sorum.

Top 10 Rock Songs for America on The 4th of July