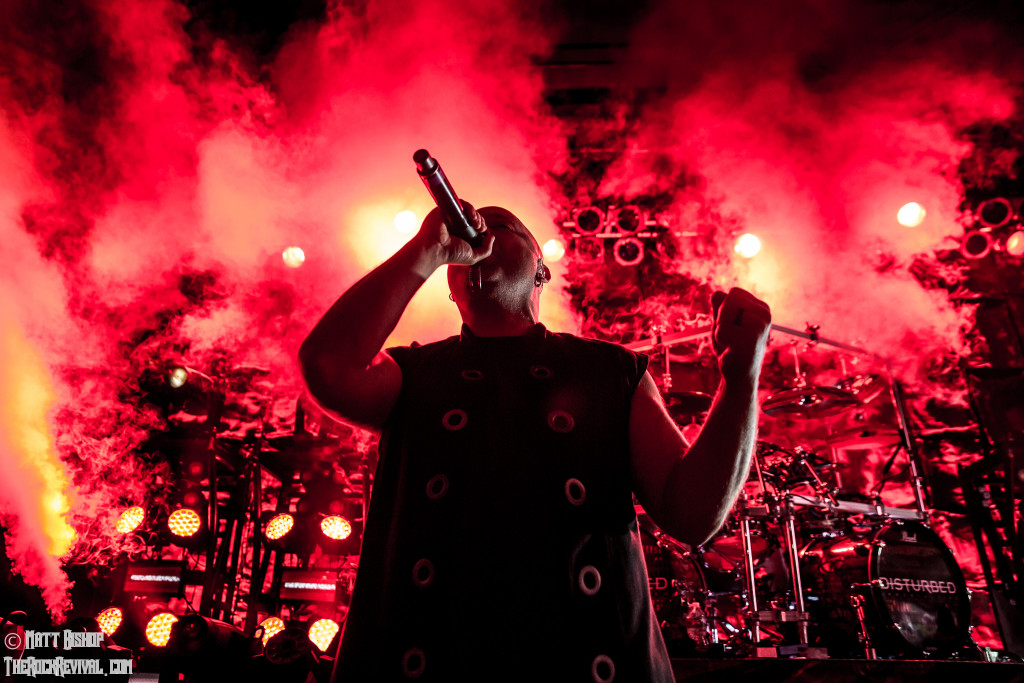 After nearly five years away from the road, metal giants Disturbed have returned to touring. In preparation for what will certainly be an extensive tour schedule in support of their first new album since 2010, the band are warming up while treating fans to an intimate club experience. “We know the arena shows will come,” said frontman David Draiman of the tour announcement back in August. “But we wanted to start out feeling like it did in the old days. Intimate, hot, and intense. We can’t wait. Prepare yourselves. The Leviathan has risen.” The band is touring in support of their new disc Immortalized which hit shelves back on August 21 via Reprise Records. The new album is the long-awaited follow up to 2010’s Asylum, and is also the band’s fifth consecutive #1 debut on the Billboard Top 200. 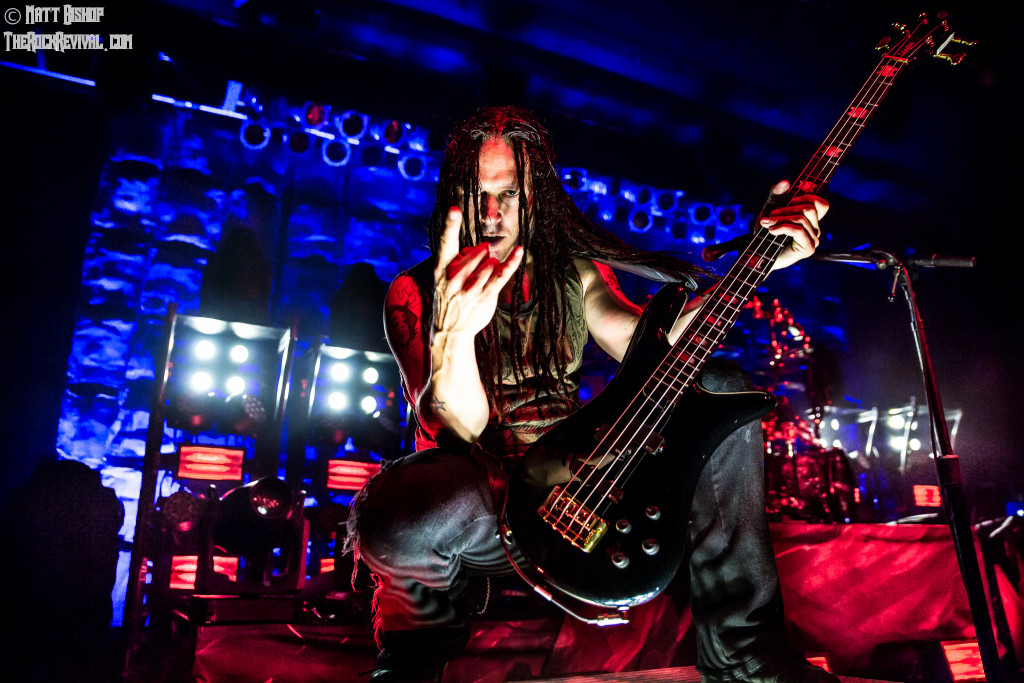 AC/DC’s “Back In Black” served as Disturbed’s intro, a very appropriate choice. The band opened with “Ten Thousand Fists,” the title track from their 2005 platinum album. It wasn’t exactly ten thousand, but it was certain that every single fist of the sold-out crowd in Philly’s Theater of the Living Arts was pumping in the air. The followed up their blood-boiling opener with “The Game,” a throwback to their debut album, and then “The Vengeful One,” the lead single off their current outing. 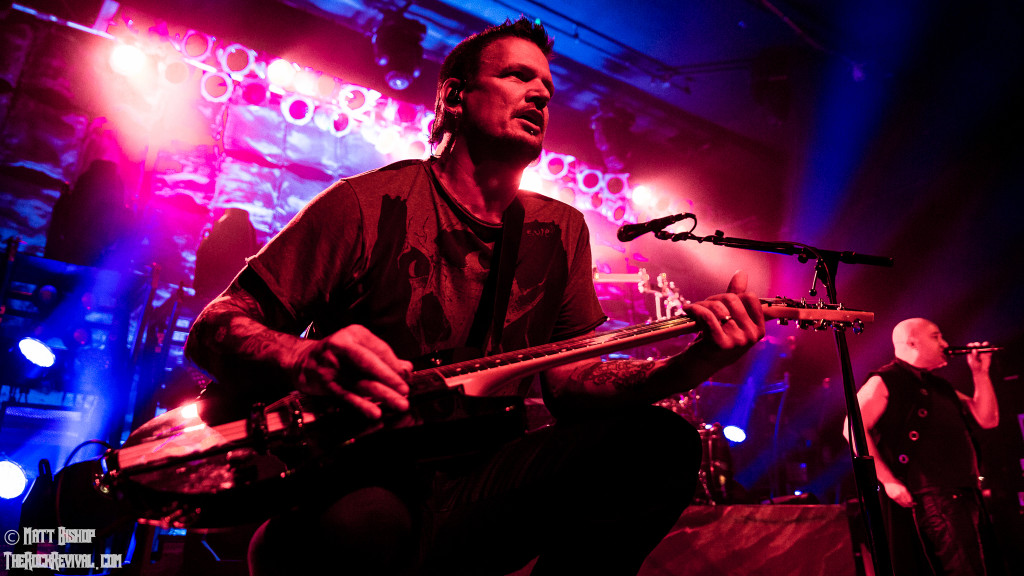 Highlights from the set included “Prayer,” “Liberate,” “Stupify,” “Stricken,” the Grammy-nominated “Inside The Fire,” their killer cover of Genesis’ “Land of Confusion,” and others. They mixed things up with a brilliant acoustic session that featured “Darkness” and their latest hit – a Simon & Garfunkel cover of “The Sound of Silence.” They also treated fans to a mashup of Nine Inch Nails, U2, The Who, and Rage Against The Machine that featured a special guest appearance by Nonpoint frontman Elias Soriano. 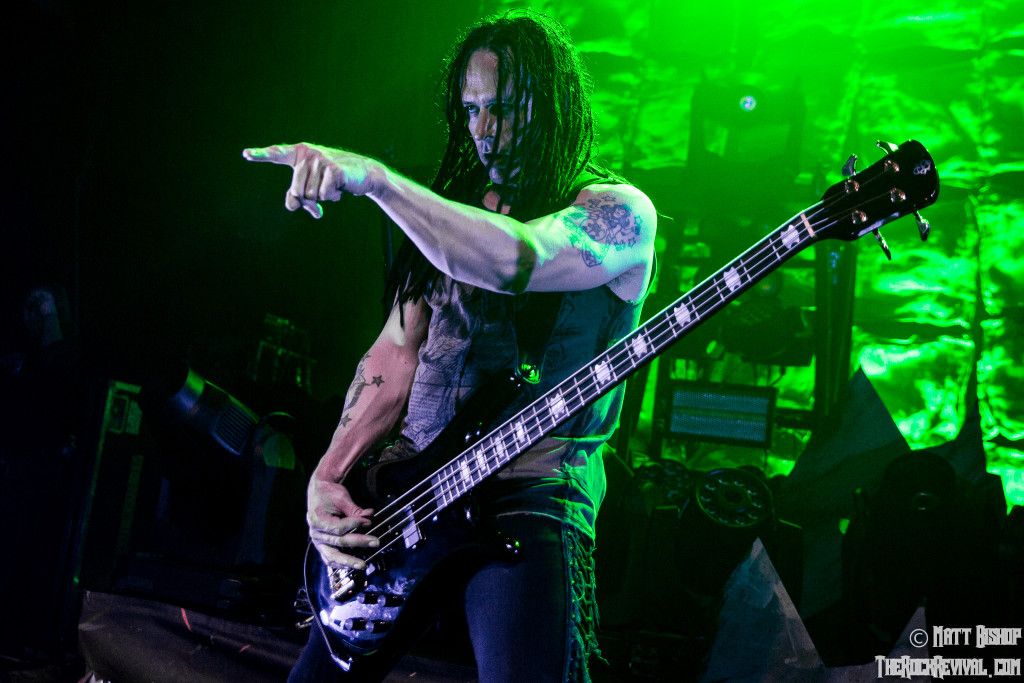 After ending with a destructive performance of “Indistructable,” the band returned to the stage amidst a “Disturbed” chant for “Voices” and their seminal anthem “Down with the Sickness.” Despite the club setting, Disturbed were loud and alive. The sounded as tight as ever, proving that down time didn’t disintegrate the band’s chemistry. It will certainly be exciting to see their return to the big stage with their big production in merely weeks. 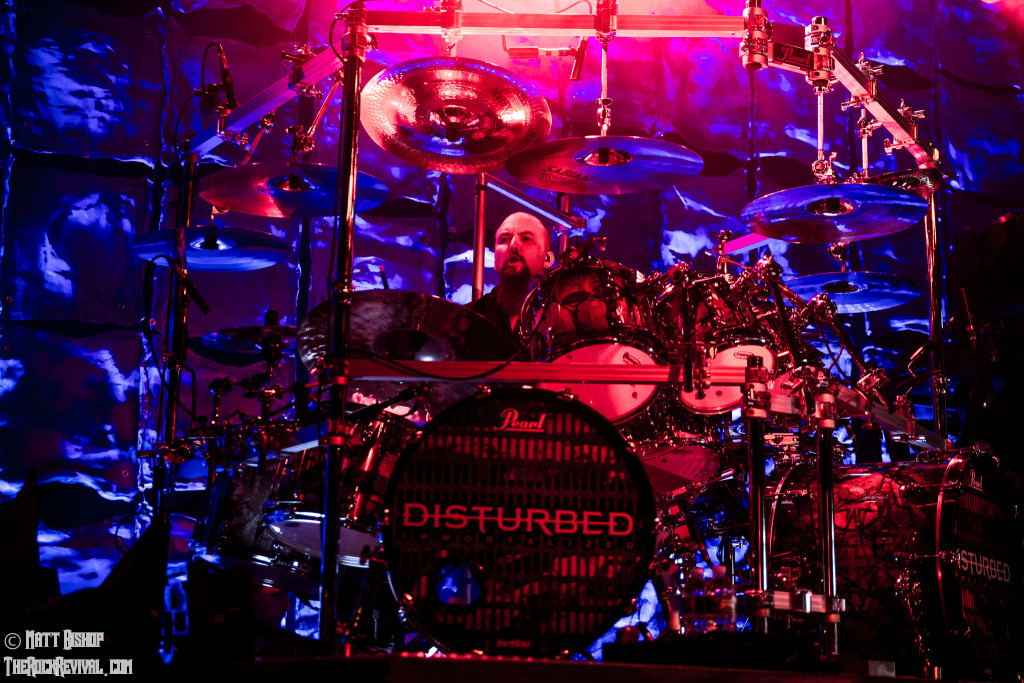 Disturbed formed in Chicago in 1996. Since then, they’ve gone on to sell over 12 million albums worldwide. They’ve penned nine #1 Active Rock singles and released five consecutive albums that all debuted at #1 on the Billboard Top 200, an achievement they share only with Metallica and Dave Matthews Band. In 2009, Disturbed were nominated for the Grammy Award for Best Hard Rock Performance for “Inside The Fire.” In 2011, the band headlined the Rockstar Energy Drink Mayhem Festival. This club tour wraps up April 10 at the New Daisy Theatre in Memphis, TN. Tickets for some shows are still available via Disturbed1.com. 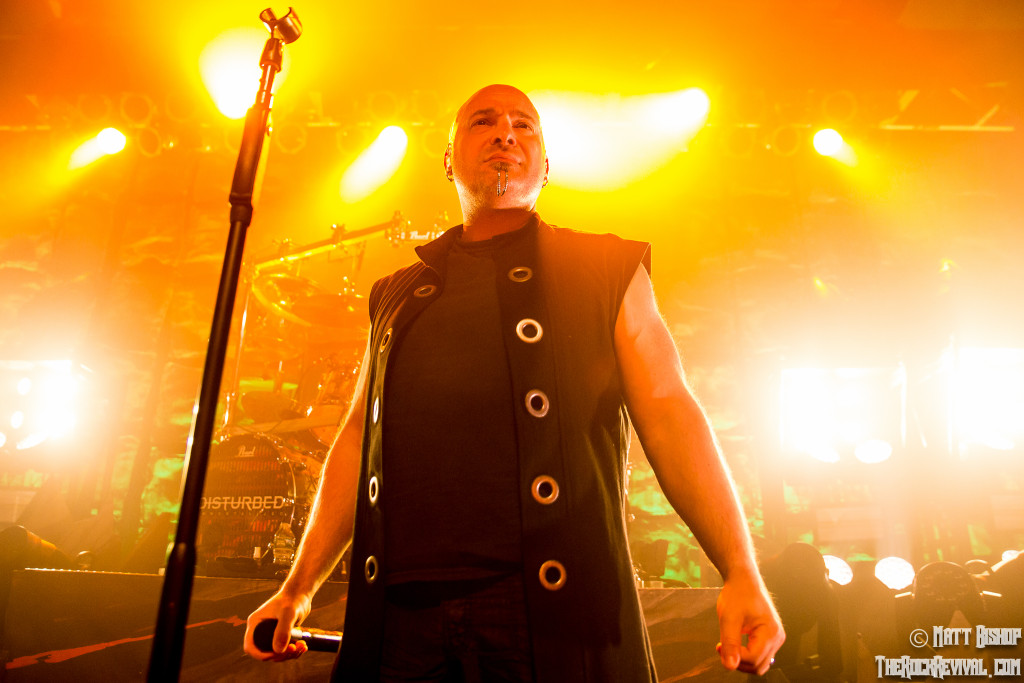