One of the up-and-coming gems on this year’s Rockstar Energy Drink Uproar Festival is certainly 3 Years Hollow. The Midwestern quintet released their sophomore LP The Cracks this year which contains the hit singles “Hungry” and “For Life”. The latter features a special guest appearance by Clint Lowery of Sevendust. Throughout their thus far brief but productive career, the band has toured with the likes of Chevelle, Sevendust, Papa Roach, Black Stone Cherry, Filter, Pop Evil, P.O.D., and many more. Moments after the interview concluded, the band received a phone call from Uproar Production that their stint on the festival would be extended for a few more dates; a sure sign that their performances were garnering demand from fans in other markets. After Uproar, the band has some big plans in the works that are unannounced as of yet. Much is on the horizon for the band, and they won’t be slipping through the cracks any time soon. – by Matt Bishop 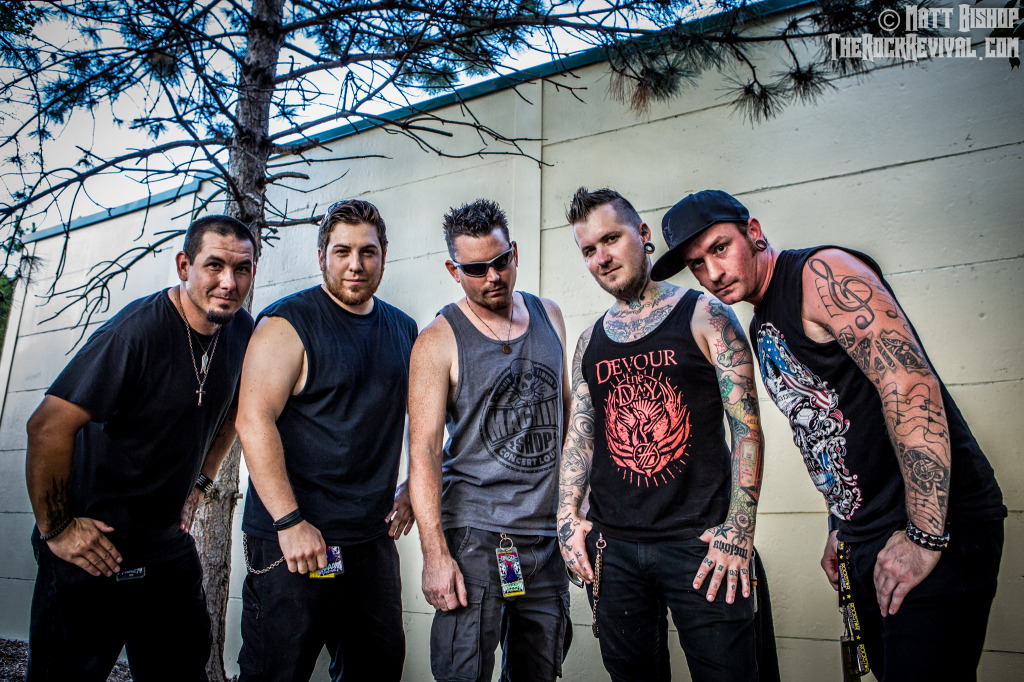