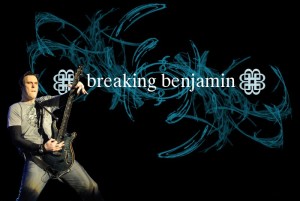 After a three year hiatus that was amplified with dispute, Breaking Benjamin have announced their return. The band went on an indefinite hiatus in 2010 due, at the time, to frontman and founder Benjamin Burnley‘s reoccurring illness. During the hiatus, a feud between Burnley and guitarist Aaron Fink and bassist Mike Klepaski ignited. Burnley fired the duo in May 2011 after a remixed version of the band’s song “Blow Me Away” was released, featuring Valora. A lawsuit was filed by Burnley saying that Fink and Klepaski unlawfully released the song. A statement was made tonight on the band’s Facebook page saying that the issue [lawsuit] has been resolved in Burnley’s favor. Also released was a note to fans from frontman and founder Benjamin Burnley. Both are below:

“I am pleased to finally put this matter behind me and focus on the future for Breaking
Benjamin. I wish to express my never ending love and gratitude to the best fans in the world for their undying love and support. Words cannot express my love to you all! Thank you!!”

Breaking Benjamin came onto the alternative hard rock scene in 2002 with their debut LP, Saturate, on Hollywood Records. The 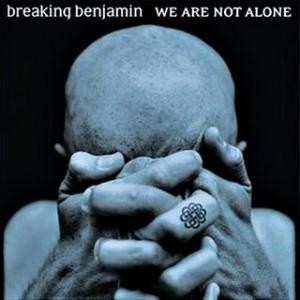 band exploded into the mainstream with their 2004 follow-up, We Are Not Alone. The album peaked at #20 on the Billboard Top 200, producing three hit singles and eventually going platinum. After being put on the map by We Are Not Alone and touring hard for two years, Breaking Ben came back in 2006 with Phobia, which debuted at #2 on the Billboard Top 200, and made them one of the top bands in the world. The disc sold 131,000 copies in it’s first week of sales, and became the band’s second consecutive platinum LP. On the Phobia Tour, the band made a stop in my hometown of Bethlehem, PA at Stabler Arena, where they recorded a live Phobia DVD. In 2009, the band released their final LP to date, Dear Agony. While it debuted at #4 on the Billboard Top 200, it outsold it’s predecessor with 134,000 copies in it’s first week out. In 2011, a greatest hits compilation – Shallow Bay – The Best of Breaking Benjamin – was released. Now, the long-awaited return of Breaking Benjamin is finally here. While fans are rejoicing, I’m sure the band is starting to plan their next moves. With May right around the corner, I think a few summer shows would be an excellent start. – by Matt Bishop