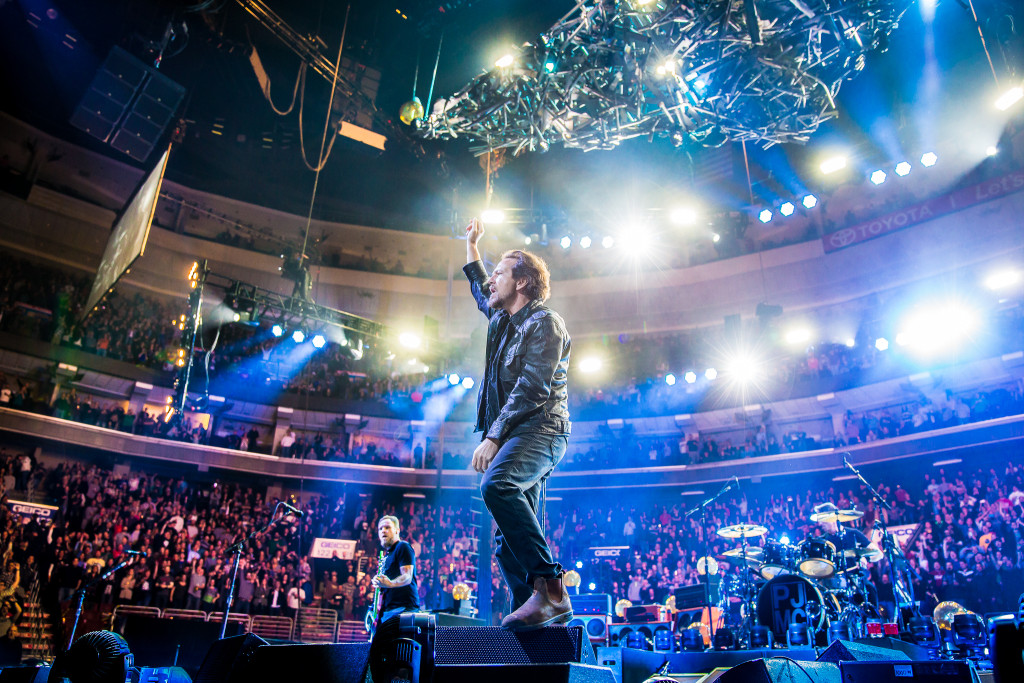 It’s safe to say that alt-rock icons Pearl Jam are alive and well. The band is currently trekking across North America on a massive arena run. The tour, dubbed “An Evening with Pearl Jam” is just that. The band casually struts onto stage somewhere around 8:15 every night (or 8:05…or 8:27…). No opener. No fancy intro. Just Pearl Jam. Last night at a sold-out Wells Fargo Center in Philadelphia – Pearl Jam’s ninth consecutive sell-out of the venue – the nostalgia ran deep as the band kicked off a two-night stand. 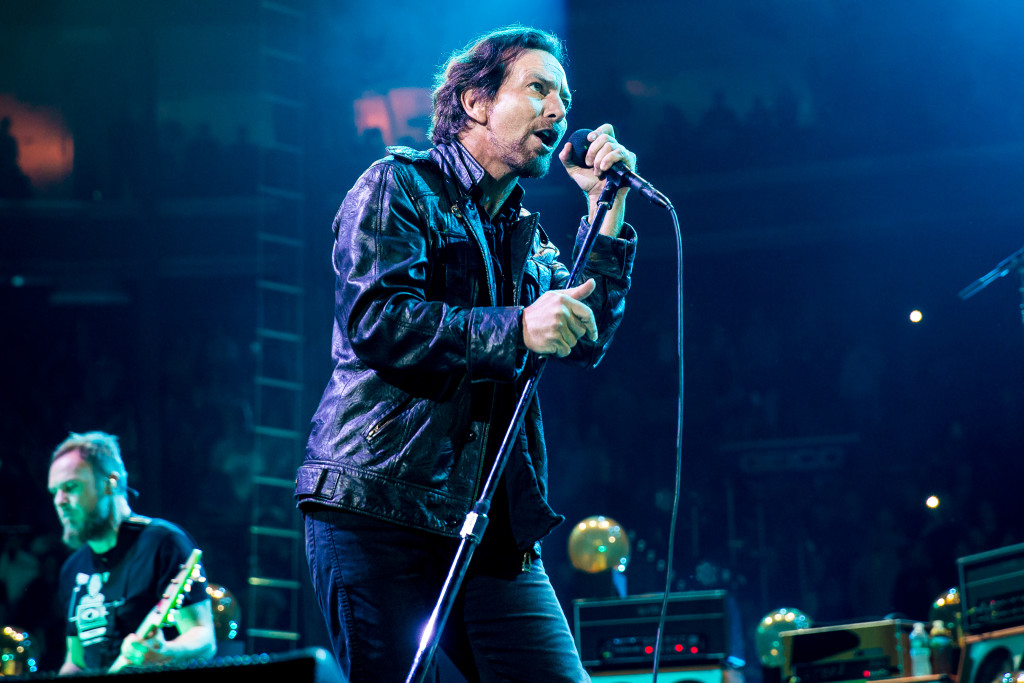 Frontman Eddie Vedder made many fans misty-eyed early on, giving an amazing shout-out to J.C. Dobbs on South Street. Pearl Jam performed at the tiny bar, who also hosted acts like Green Day, Rage Against The Machine, and others in their up-and-coming stages. In more recent memory, the band has made history in Philadelphia more than most. They played the final two shows at the historic Spectrum in October 2009 before it was sadly torn down. In 2012, they headlined the inaugural Budweiser Made In American Festival alongside rapper Jay Z. To see Vedder standing on stage in the city’s largest indoor venue talking about playing the city’s smallest venue was a true testament to Pearl Jam’s journey. 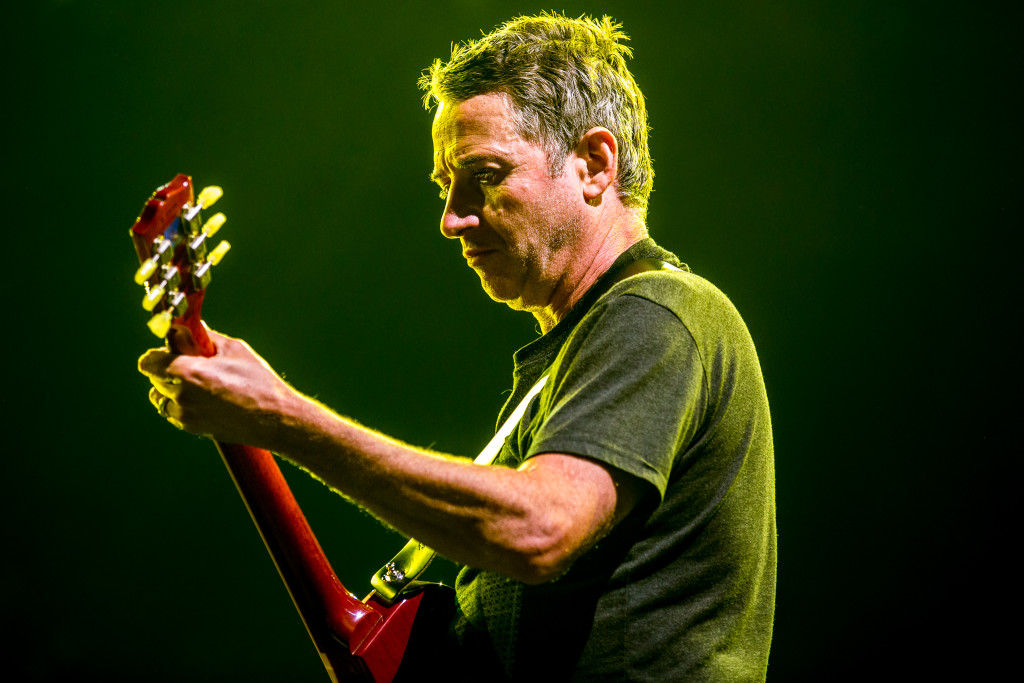 The band kicked the evening off with “Once,” followed by “Animal” and “Gonna See My Friend.” From there, Pearl Jam proceeded to play a hefty 31-song set that lasted nearly three hours to not one complaint. They reached deep into the pockets of their entire catalog, but also dropped hits like “Jeremy,” “Evenflow,” “Alive,” “Do The Evolution,” and “Elderly Woman Behind The Counter In a Small Town.” Other highlights included “Given To Fly,” “Wishlist,” “Oceans,” and others. 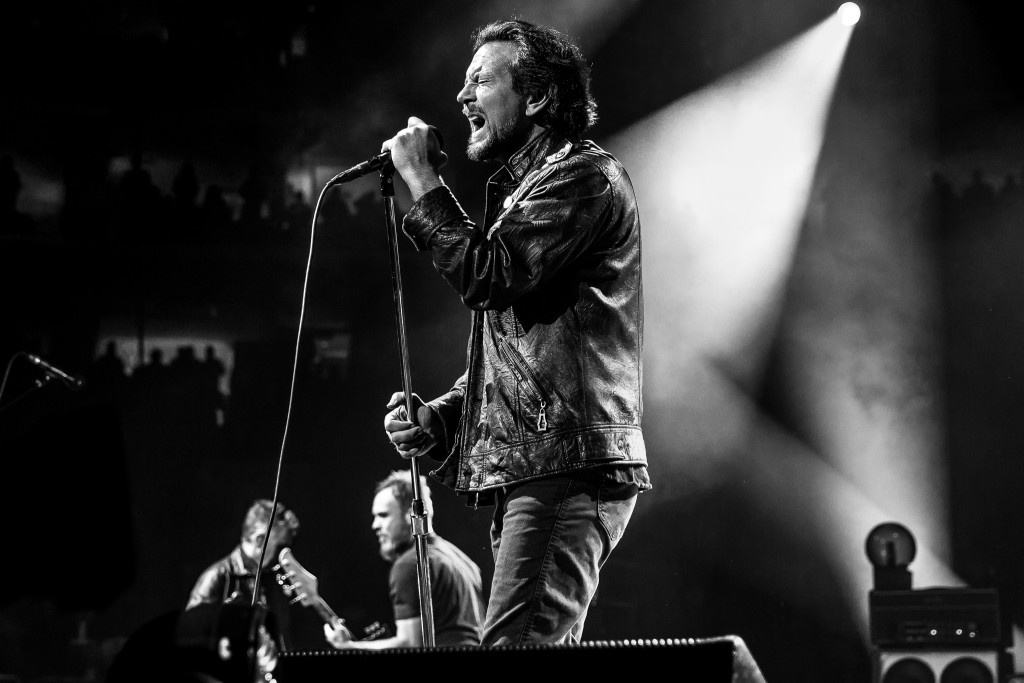 They treated the audience to not one – but two – encores. The closed out the evening with “Indifference.” To say that Pearl Jam always delivers live is a gross understatement. The variety of the songs and the manner in which they are delivered is why they have cemented their musical legacy and proven to be one of the most dominant live acts ever. 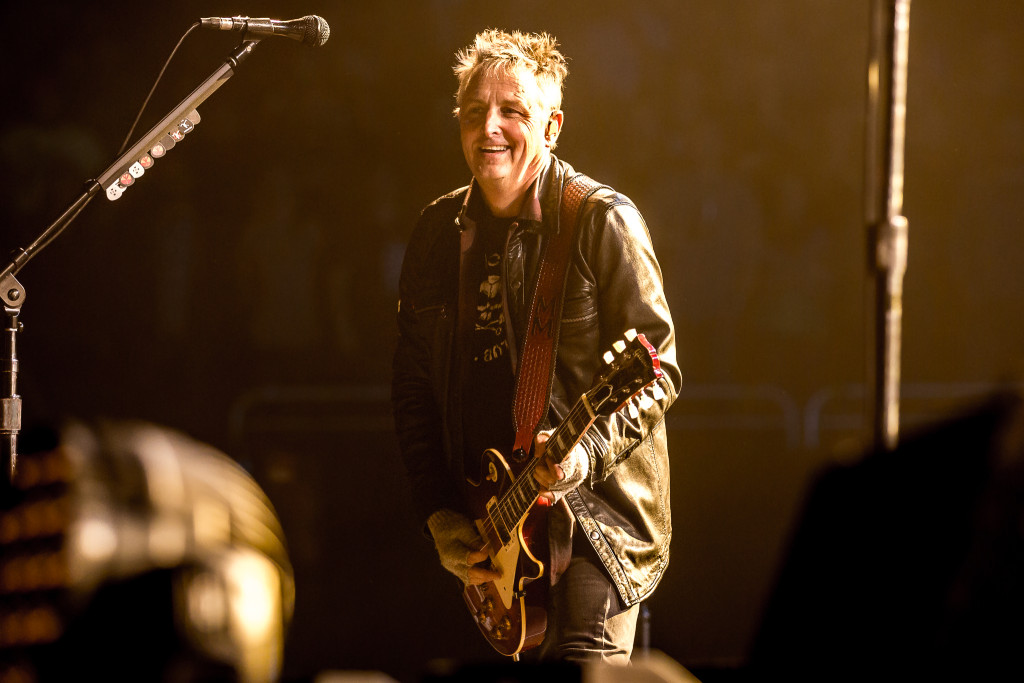 Pearl Jam have been a constant in the mainstream rock scene for over 20 years. They arrived in epic fashion with their 1991 debut album, Ten, which still remains their single greatest achievement as a band. The album hit #2 on the Billboard Top 200 in 1992, and recently in February 2013, it was certified diamond by the RIAA, with over 10 million copies sold in the U.S. The band’s sophomore effort, 1993′s Vs., debuted at #1 on the Billboard Top 200, where it remained for five weeks. The album sold a record-breaking 1.3 million copies in it’s first ten days on the market. 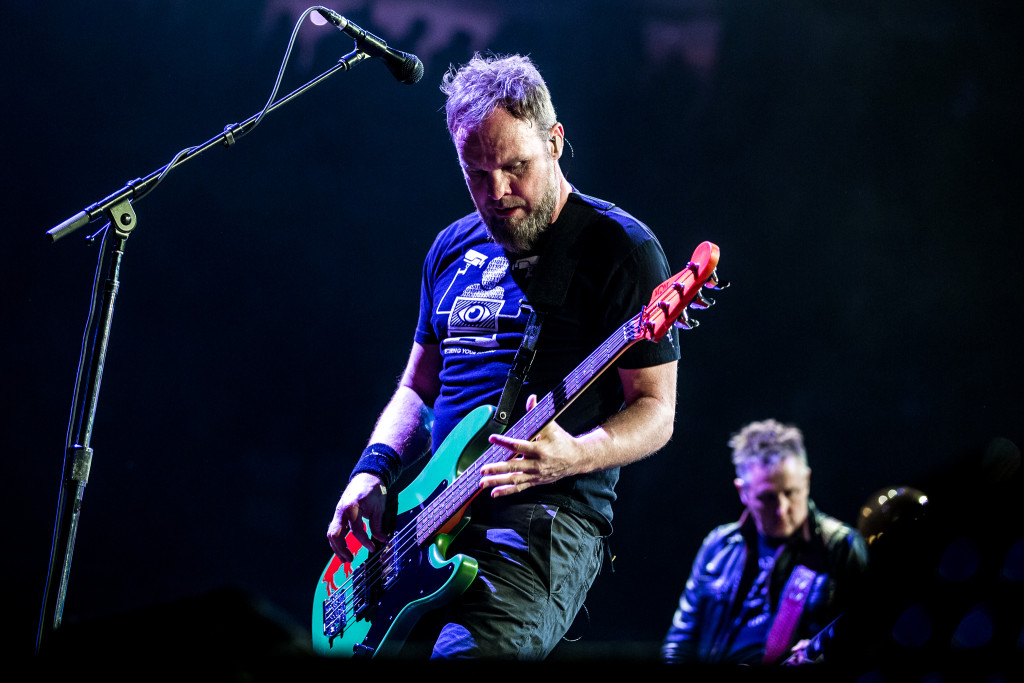 Pearl Jam’s third album, Vitalogy, debuted at #1 once again on the Billboard Top 200, and was ranked #495 on Rolling Stone Magazine’s ’500 Greatest Albums of All-Time.’ From 1996-2009, Pearl Jam released six more studio albums. Since then, they have kept busy with numerous festival appearances and some touring. To date, the band has sold over 60 million albums worldwide. Pearl Jam’s tenth studio album, Lightning Bolt, dropped in 2013 and debuted at #1 on the Billboard Top 200. 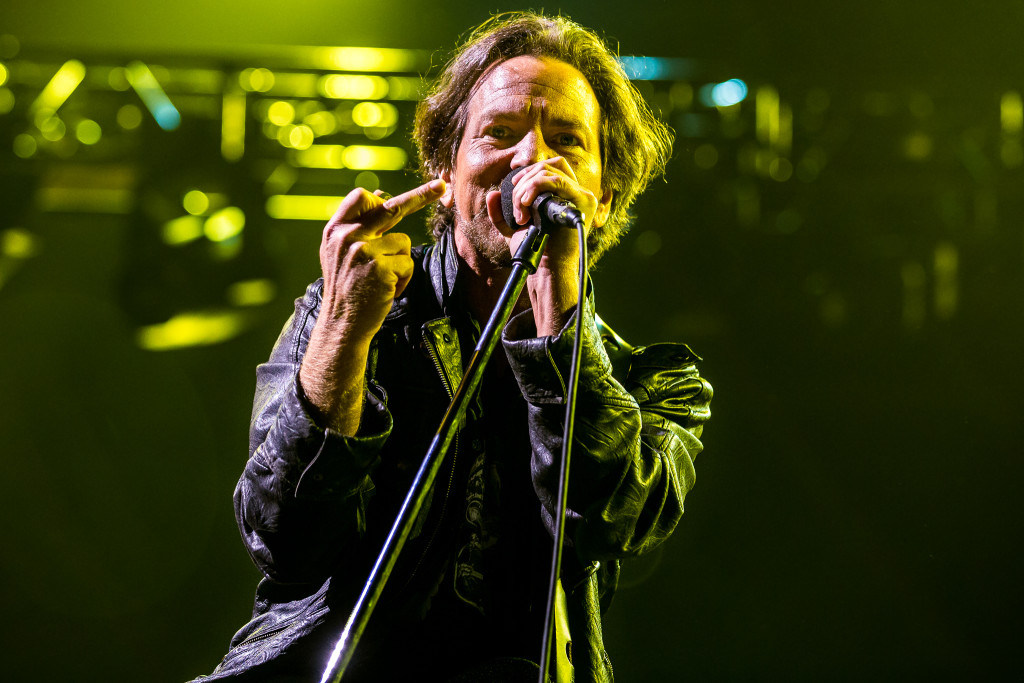