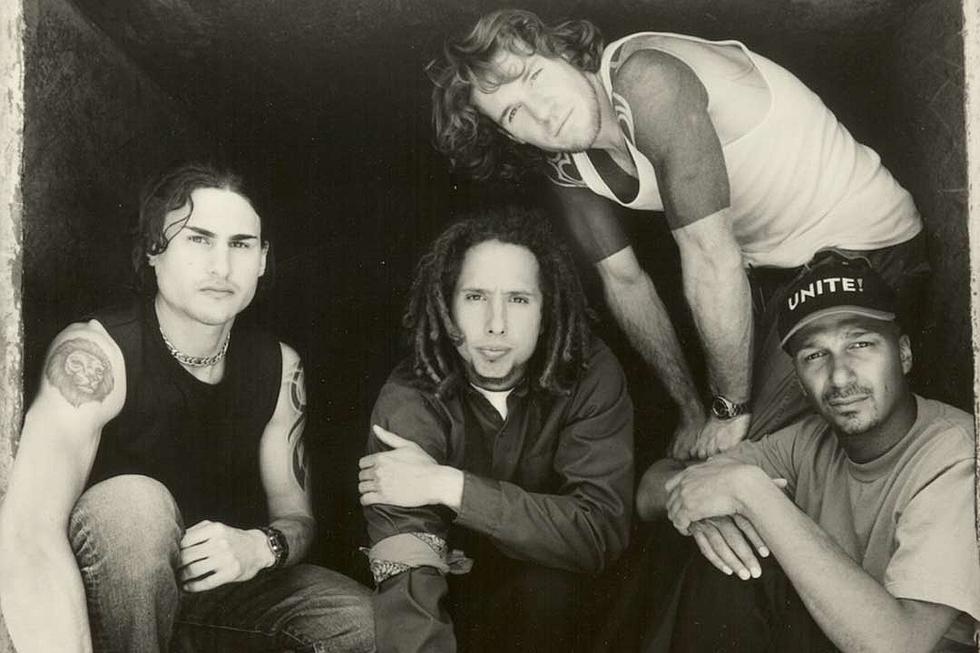 Rage Against The Machine

(TRR) – Rock music icons Rage Against The Machine have announced a string of reunion shows in 2020. According to a post on the band’s social media, the group will perform five shows next year in Texas, New Mexico, Arizona, and California. The two California dates – both in Indio – are the same dates the Coachella Music + Arts Festival, which is notorious for landing big and hard-to-book acts.

Wayne Kamemoto, a longtime associate of the band, confirmed to Forbes that “the band’s social media is accurate.”

Tomorrow marks the 20th anniversary of the band’s third and final (for now) studio album The Battle of Los Angeles, which was released on November 2, 1999 via Epic Records.

Rage Against The Machine have not performed together since their L.A. Rising show at the Los Angeles Coliseum in 2011. In 2013, drummer Brad Wilk recorded drums on Black Sabbath‘s final studio album 13. He proceeded to perform with the band on their final world tour in place of original drummer Bill Ward.

Frontman Zack de la Rocha appeared on Run The Jewels‘ megahit “Close Your Eyes (And Count To Fuck).“ He released a solo album in 2016.

Rage Against The Machine – 2020 Live Performances

Welcome to the Revival of rock 'n' roll music. The way you used to hear rock, see rock, and feel rock is going to be shattered into a million pieces, reassembled, and revived. Dive into the realm of rock with interviews, concert coverage, and breaking news that make the music seem real again - in your ears, in your mind, and right in front of your very eyes. You'll feel the cool steel of the guitar strings and the smooth wood grain of the drum sticks right in your hands, all with the echoes of reverb in your head. This is the way rock was supposed to be experienced. Welcome to the Revival of rock 'n' roll music.
View all posts by Matt Bishop →
Tagged  rage against the machine.
Bookmark the permalink.