Heavy metal juggernauts Avenged Sevenfold have premiered their new single “The Stage” which can be streamed above. The track is the first taste of the band’s upcoming new studio album, which is rumored to be titled Voltaic Oceans and tentatively due out on December 9. The new disc will be the band’s first release with Capitol Records. Avenged Sevenfold’s last outing, 2013’s Hail To The King, debuted at #1 on the Billboard Top 200. Avenged Sevenfold co-headlined Rock Allegiance in Chester, PA on September 17 with Alice In Chains and Louder Than Life in Louisville, KY on October 1 with Slipknot. The band are slated to perform at Knotfest Mexico in Mexico City on October 15. 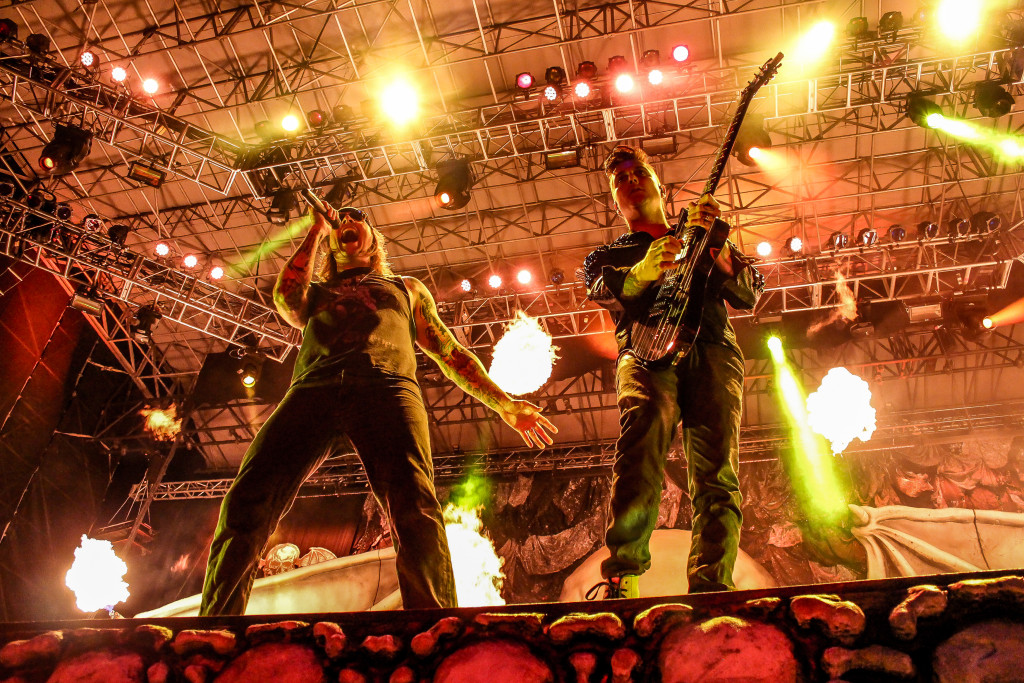