Iron Maiden frontman Bruce Dickinson is currently trekking across North America on a different sort of tour. The heavy metal icon on an intimate spoke word tour that’s pulling back the curtain on his life in and out of one of the biggest bands of all time.

Dickinson’s life is absolutely fascinating. In addition to fronting one of the music’s all-time greatest acts, Bruce is a military veteran, a pilot, Olympic-caliber fencer, a craft beer brewer, and an author, among other things. To hear this Renaissance Man speak of his life seemed album surreal, as if it was a made-up movie script.

He regaled the crowd with stories with off-the-wall antidotes from his school boy days. While it’s tough to surprise most long-time fans, Dickinson took a deep dive into the band’s early years and shared some tid bits that even the most hardcore Iron Maiden loyalists may not have known. Throughout the performance, the crowed was in awe of rare photos that graced the big screen behind him.

Later in the show, Dickinson took time for a serious audience Q&A. Before the tour began, he stressed that nothing was off limits during this portion of the performance. We won’t spoil anything, so you’ll have to get to one of the remaining tour stops to see it for yourself.

When the tour was announced, Dickinson revealed his show was inspired by legendary British writer and actor Quentin Crisp. “When I did this biography – What Does This Button Do? – they said, ‘Well, let’s go on a short tour doing readings from the book,'” Dickinson told BBC Radio 2 this past summer. “And I went, ‘Well, that’s a bit boring. Why would anybody just turn up? They can read the book themselves.’ So I sort of enhanced it with a few ripe stories, and it went down very well. And then I added to it with a bit of improv. So the last 45 minutes is based on something that I saw Quentin Crisp [do], of all people.”

Iron Maiden is returning to North America this fall for another installment of their acclaimed Legacy of the Beast Tour. The arena trek is in support of their latest album Senjutsu. The album peaked at No. 3 on the Billboard 200. It claimed the top spot on both the Billboard Top Rock and Top Hard Rock Albums charts.

“I’m really excited about the new additions to the stage production, and we can’t wait for everyone to see what we’ve got planned,” Dickinson says of the upcoming Maiden run. “The whole band has really enjoyed the Legacy tour and now we just can’t wait get back out on the road to play live, have fun and see everyone again.”

An Evening with Bruce Dickinson continues through March 30. The trek wraps up at Centre in the Square in Kitchener, ON. Limited tickets for all remaining shows are on sale now HERE. 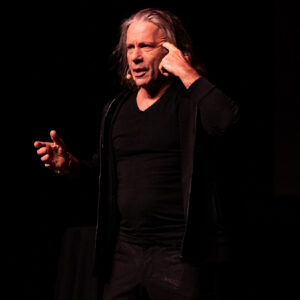 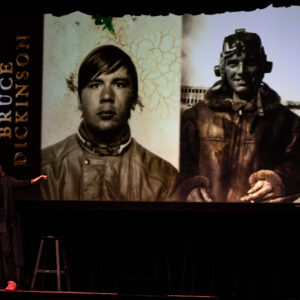 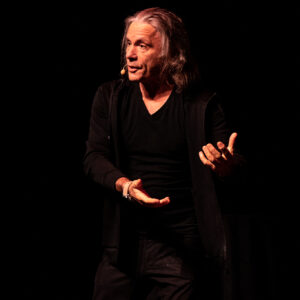 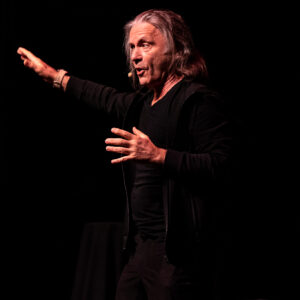 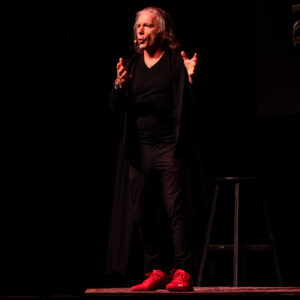 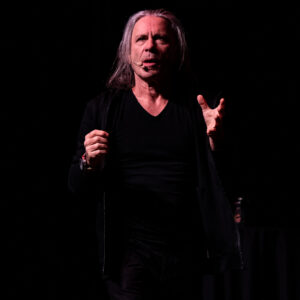 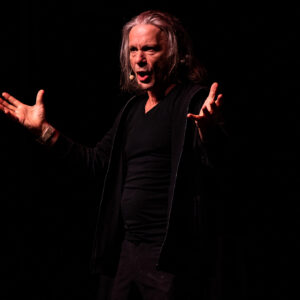 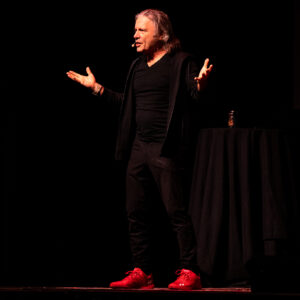 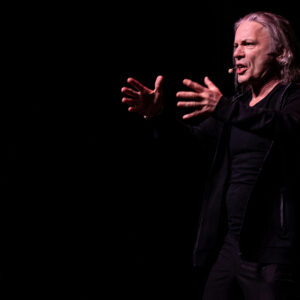