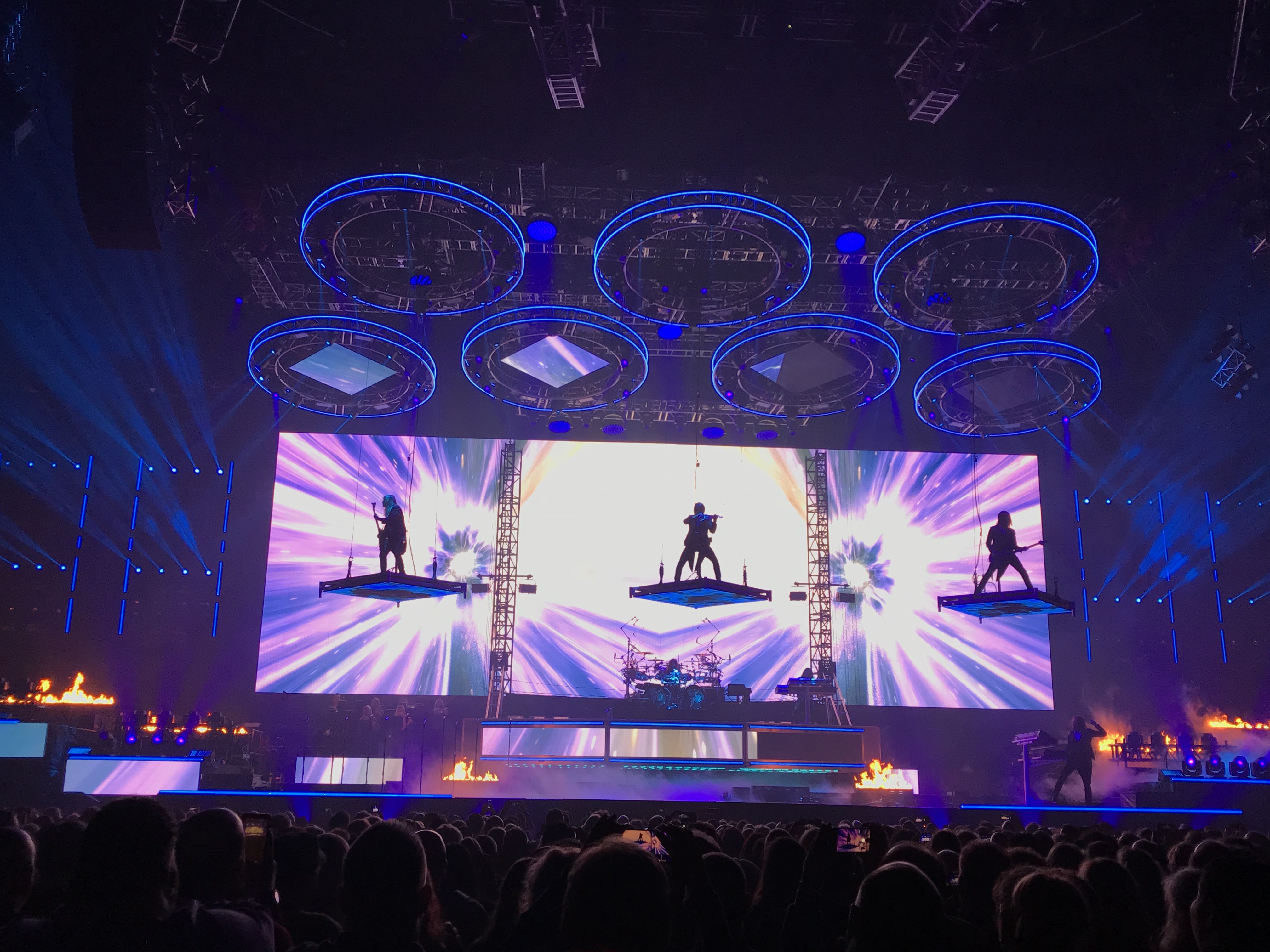 (TRR) Nothing says the holiday season has begun than our annual tradition of checking out the audio and visual spectacular that is the Trans Siberian Orchestra! We recently attended their nighttime performance at the Wells Fargo Center in Philadelphia, PA and it always seems to us that Philadelphia has very special place in the heart of Trans Siberian Orchestra, as it is where they performed their very first show together over 20 years ago at the historic Tower Theater  in Upper Darby, PA.

It is magical to see fans, both young and old, coming together to celebrate the spirit of the season surrounded by the stunning visuals and immersive story put forth by the Trans Siberian Orchestra (TSO) while on-stage. It is almost as if we are transported to a different realm during their nearly two and a half hour set. They are completely engaging and the crowd is filled with looks of both amazement and wonder from beginning to end.

This year, in particular, we were completely impressed by many of the updates visual elements of this year’s production. Once again, TSO presented “The Ghosts Of Christmas Past”, however, they massively updated the video elements that go along with the storyline, they also revamped their pyrotechnics and other elements creating indoor snow, not only once, but twice during the show. The entire production felt fresher without losing any sense of nostalgia from years past.  There were also some fresh faces added to the cast this year, as it was a treat to see American Idol winner Caleb Johnson performing throughout the show. 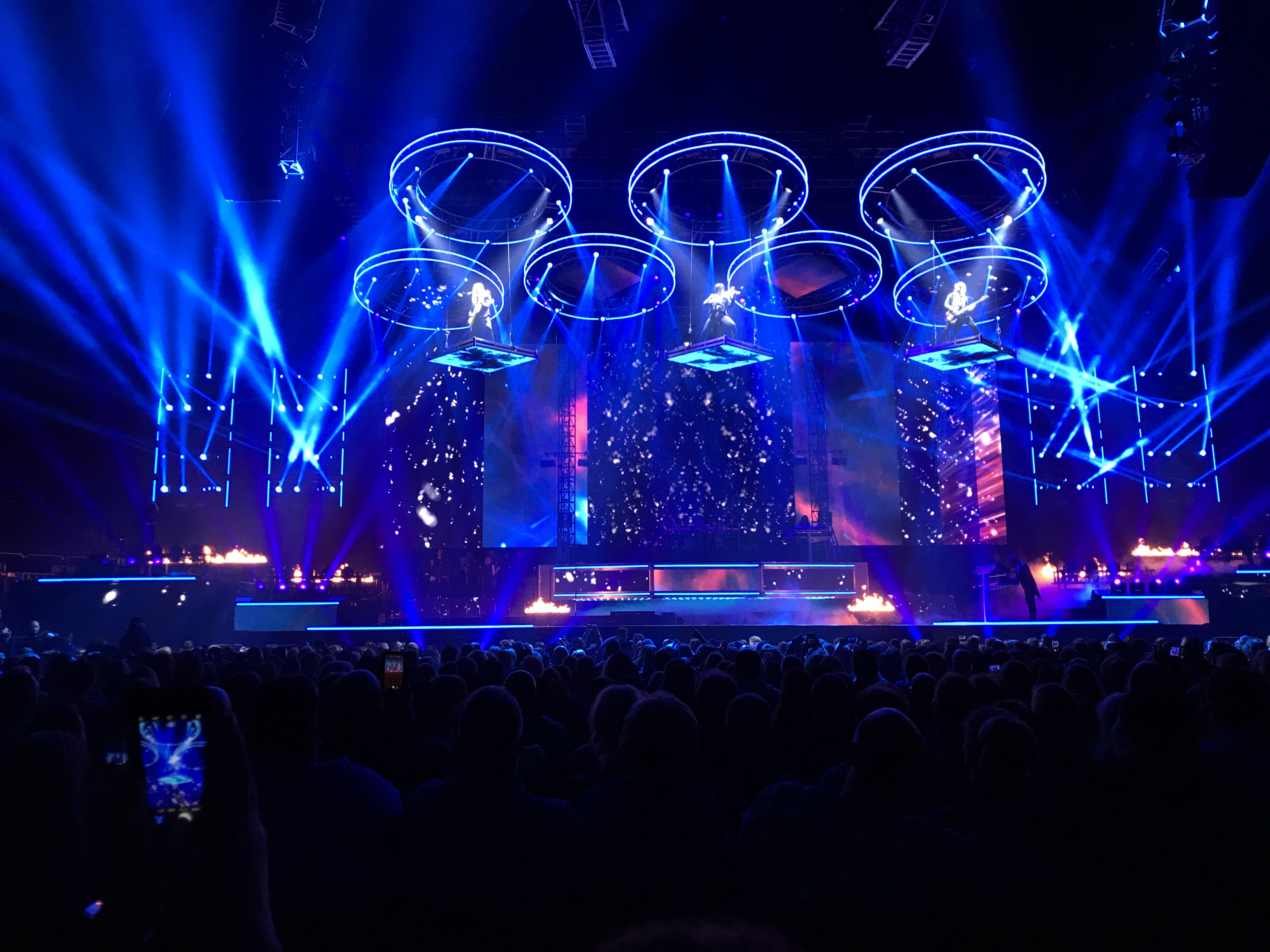 A TSO production is always massive, as long with their eight-member band they also feature a 10 member chorus with numerous vocal soloists and a string section made up of local Philadelphia area musicians. We were blown away at the beginning of the show when three members of the band were lowered down from the ceiling on massive cranes surrounded by laser lights, smoke, and flames. TSO utilized the cranes during other parts of the show as well, using them to lift the musicians high in the air to play above the crowd at some points and there was even another set of cranes in the back of the venue where musicians were also lifted to play it up for the back side of the arena.

Narrator Brian Hicks still does a fantastic job of engrossing us in the story of the “The Ghosts Of Christmas Past” and the new high-definition display screens really added to holding us captive to the tale. Fans were up and out of their seats once TSO broke into the favorite “Christmas Eve (Sarajevo 12/24)” and we truly enjoyed their mash-up rendition of “Joy To The World”, “O, Come All Ye Faithful” and “O’ Holy Night”. 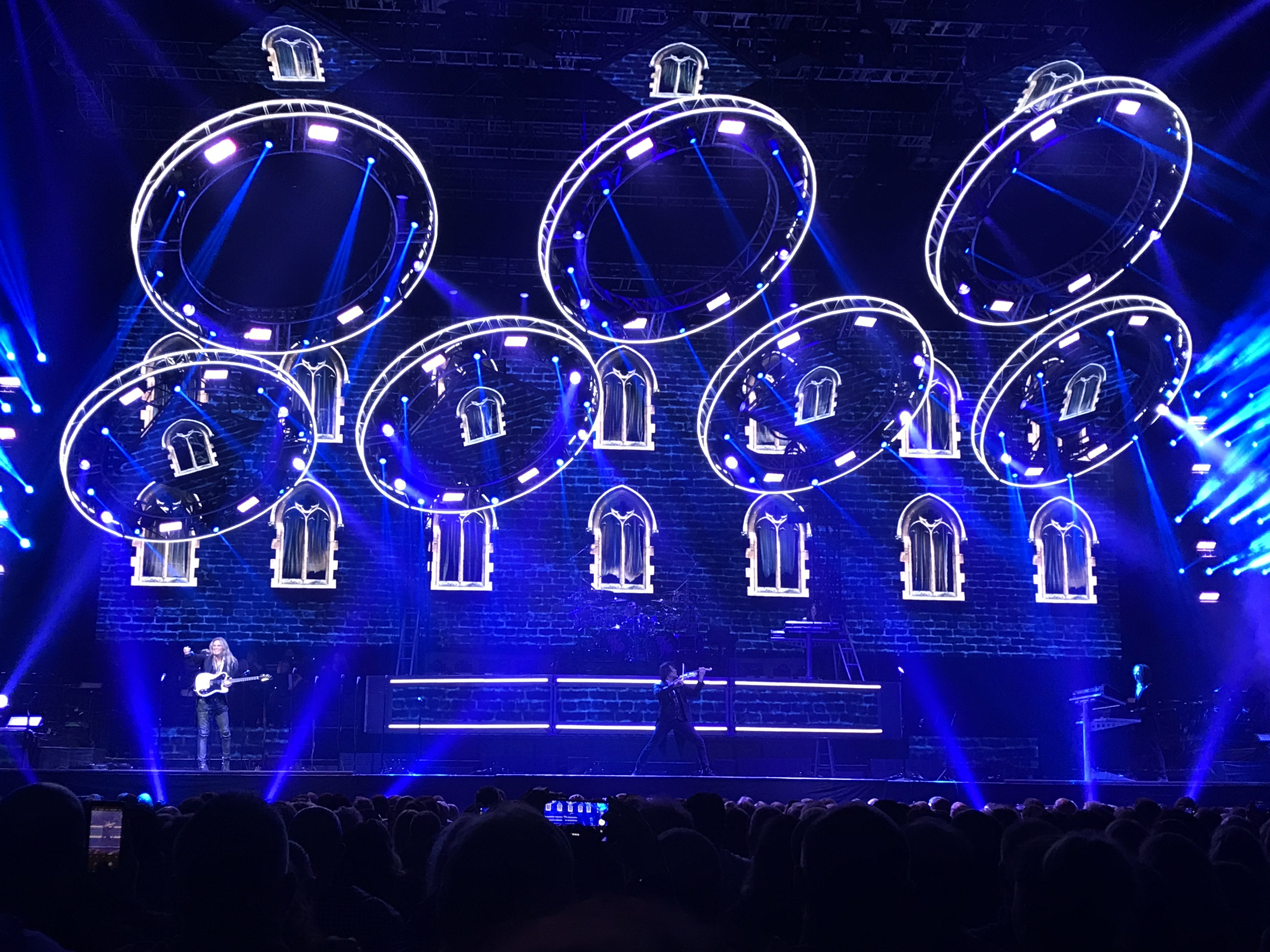 Another show-stopping moment was when the solo vocalist belted out “Music Box Blues” which was just incredible and we loved the subtle tribute to Pink Floyd’s  “Shine On You Crazy Diamond” before the band broke into the song “Traces”. This was the first year TSO was doing a tour not designed by founder Paul O’Neill, who died last year, and it paid tribute to him with the song “Someday” which was a true heartful and touching moment.

TSO closed out their performance with more fan favorites surrounding themselves is a spectacle of laser lights and flames playing a haunting rendition of “Carmina Burana”, “Madness Of Men”, “Requiem (The Fifth) and ending with a reprise of “Christmas Eve (Sarajevo 12/24) to the audience’s delight. 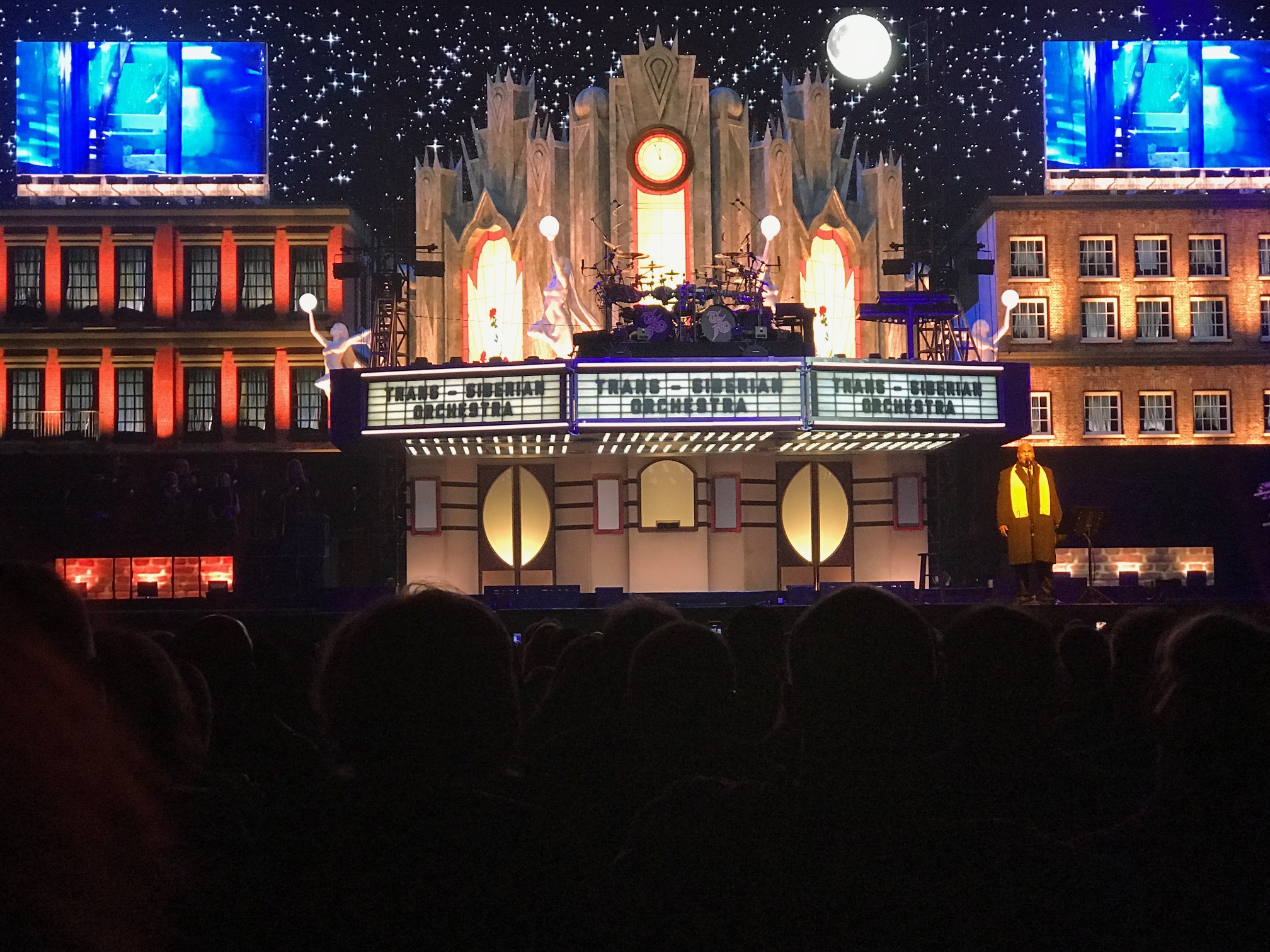 We couldn’t have asked for a better evening to be entranced within the holiday spirit alongside the lights and sounds from the Trans Siberian Orchestra and we absolutely can’t wait to continue this holiday tradition for many more years to come.

Interview: Jefferson Angell Of Walking Papers Live At The Queen In Wilmington, Delaware