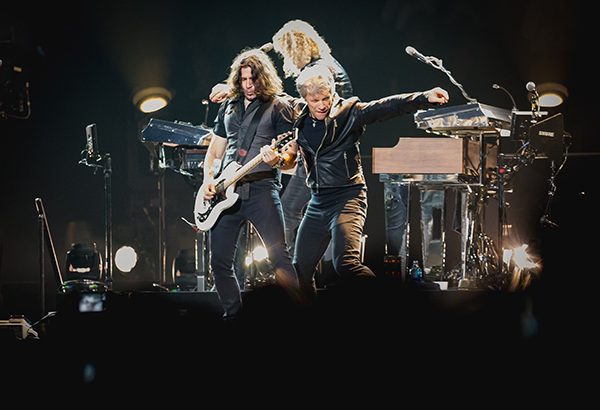 (TRR) At times being a concert reviewer can be quite difficult, as we always want to provide our network audience with an honest and straight-forward recap of the events we have the privilege to attend and while we are huge fans of many of the artists we cover, there are certain times when a show just isn’t up to speed. Such is the case with Bon Jovi’s recent performance in Philadelphia, PA, while it wasn’t necessarily a bad show, there just seemed to be something off with the performance right out of the gate.

Let us stress that we are huge Bon Jovi fans and we without a doubt give the band a ton of credit for giving it their all each and every night, but there are times when even the best of the best can have an off night and that appears to be exactly what happened with this particular show. While the Wells Fargo Center was darn near close to a sell-out crowd for the band’s “The House Is Not For Sale” tour there was some element that was missing from the band’s nearly two and half hour performance. It very well may have just been the vocals, as front-man Jon Bon Jovi was at times very hard to comprehend. We would later find out that he was beginning his battle with a nasty cold that eventually caused him to cut his concert in Pittsburgh, PA short by about an hour, so perhaps this cold played a bit of a part in Philadelphia’s strained performance as well. The life of a musician is not always easy and spending so much time and energy out on the road, playing shows each and every night can really take its’ toll on ones’ body and overall health in general.

Looking back we definitely feel that Bon Jovi’s cold played a huge factor in his Philadelphia performance and we certainly give him all the credit in the world for chugging on and providing us with solid show, just not extraordinary. We also have to give the members of Bon Jovi a ton of credit for keeping up the energy on-stage. The band’s banter with the crowd was on-point and their stories are always fascinating to hear. The band opened up their performance playing the title track off “This House Is Not For Sale” and then immediately launched into another new track title “Knockout”. 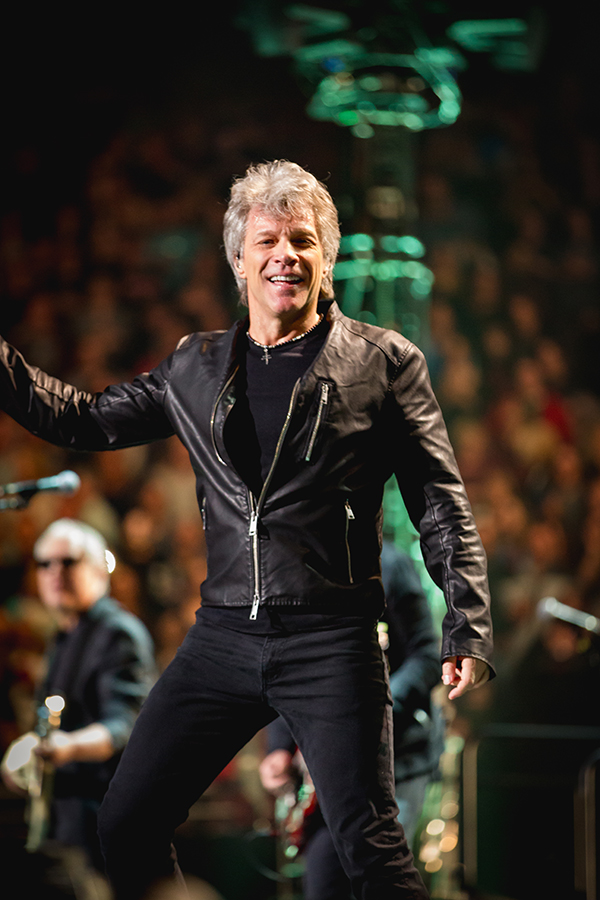 The crowd became more amped when they began playing more of their older hits such as “You Give Love A Bad Name”, “Runaway” and “Lost Highway” to name a few. The show definitely began to pick up more steam as the night wore on and despite his vocals being a bit strained, Bon Jovi reminded us why he is one of the greats during his acoustic rendition “Whole Lotta Leavin'” and the amazing “Lay Your Hands On Me” and “It’s My Life”. Bon Jovi made sure the audience gave plenty of “brotherly love” to new guitarist Phil X and we have to admit that he did indeed to a pretty phenomenal job.

Bon Jovi knows how to read their audience and they definitely have an amazing stage presence. How at 55-years old Jon Bon Jovi can still move around the stage in the ways that he is does is just incredible and trust us, the ladies are still very much delighted! Fans wanted to rock out to the hits and Bon Jovi provided them with the hits. The audience did not seem to really mind one way or another about any type of vocal issues, as they were still hanging on to Bon Jovi’s every word. For us, hearing songs like “Bad Medicine” and “Wanted Dead Or Alive” will never get old and so long as Bon Jovi is still out there giving it their all, we as fans will continue to show our support, even if they do have a bad night or two along the way!

John Mayer Mesmerizes on The Search For Everything World Tour